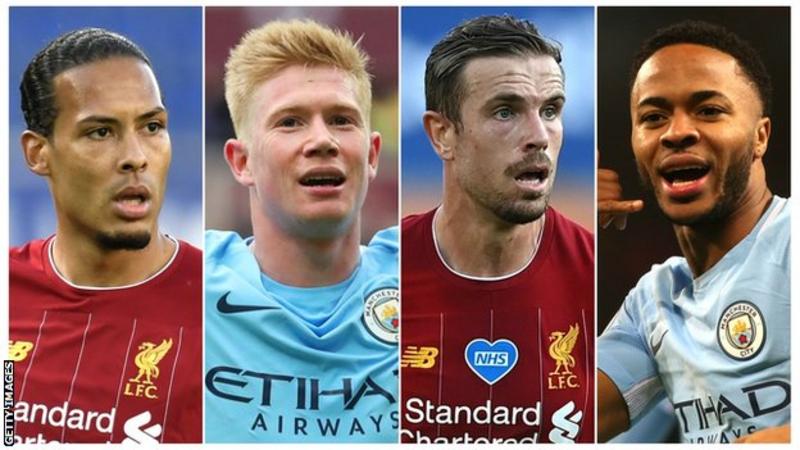 They are two of the greatest teams in Premier League history – if not the two greatest.

On Thursday, Liverpool play their first match since clinching the title when they travel to Manchester City, the team they dethroned as the champions of England.

City had back-to-back titles before the Reds’ triumph, but it was Pep Guardiola’s side of 2017-18 that stood out.

In that campaign, they became the first team to amass more than 100 points in the Premier League, won the competition by the biggest points total (19), recorded the most wins (32), and scored the most goals (106).

Liverpool are in a strong position to break three of those records, with a points haul of 107 still possible, a current lead of 23 points over City, and the chance to end up with 35 wins – although their haul of 70 goals so far means reaching City’s tally is unlikely in their final seven games.

So, two legendary squads, but who would get into your combined starting XI?

Below, you can create a team by selecting players from Manchester City’s 2017-18 squad and Liverpool’s squad from 2019-20. We’ve only included one keeper and the 15 outfield players with the most league appearances from each season.

Share your selection using #bbcfootball and we’ll reveal the most popular XI on Thursday.

Two of the greatest squads in Premier League history, but who would make your starting XI?