The 42-year-old and fellow pundits Joe Cole and Glenn Hoddle have picked their squads for the tournament – with the ex-England boss calling for Michail Antonio to be included. 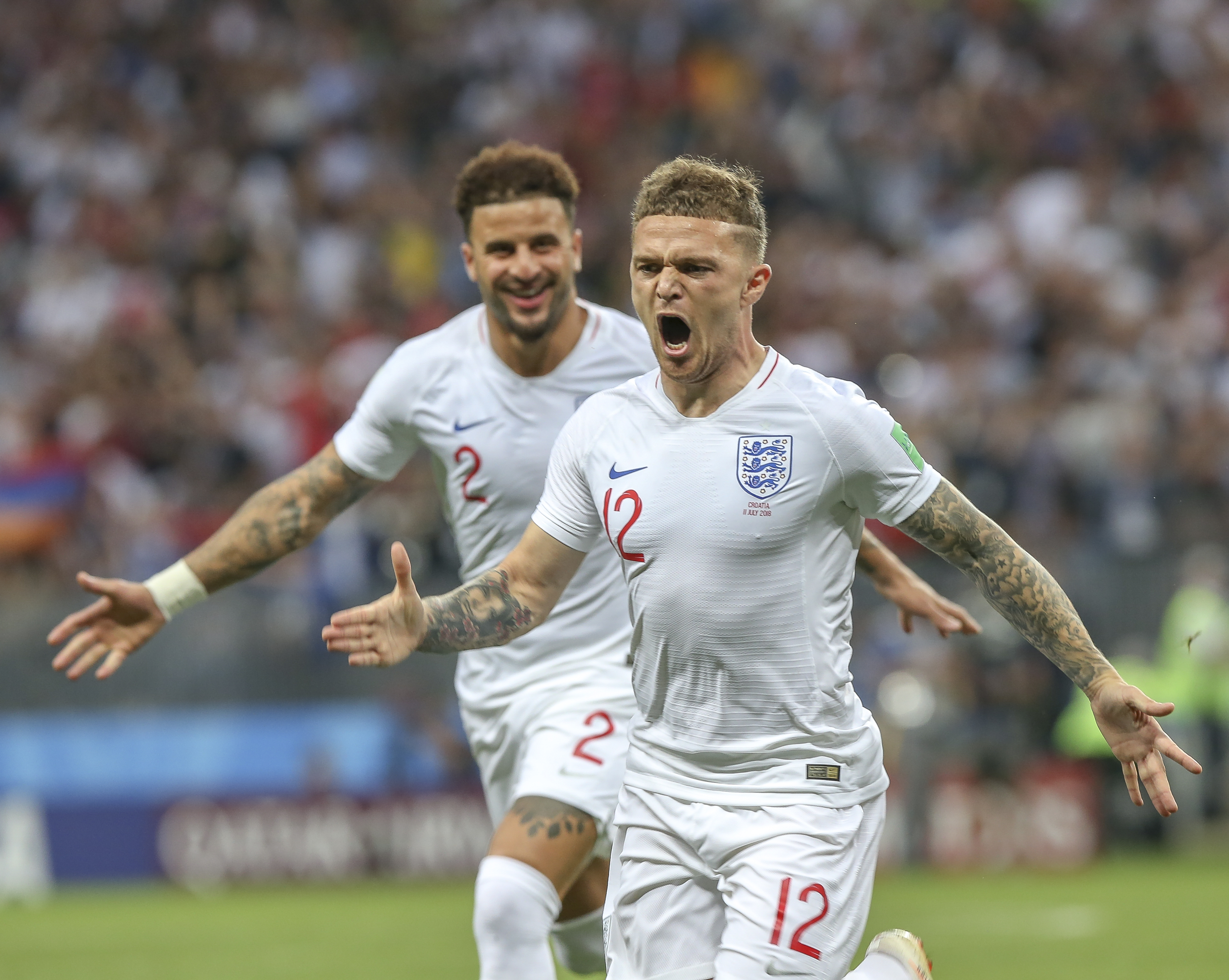 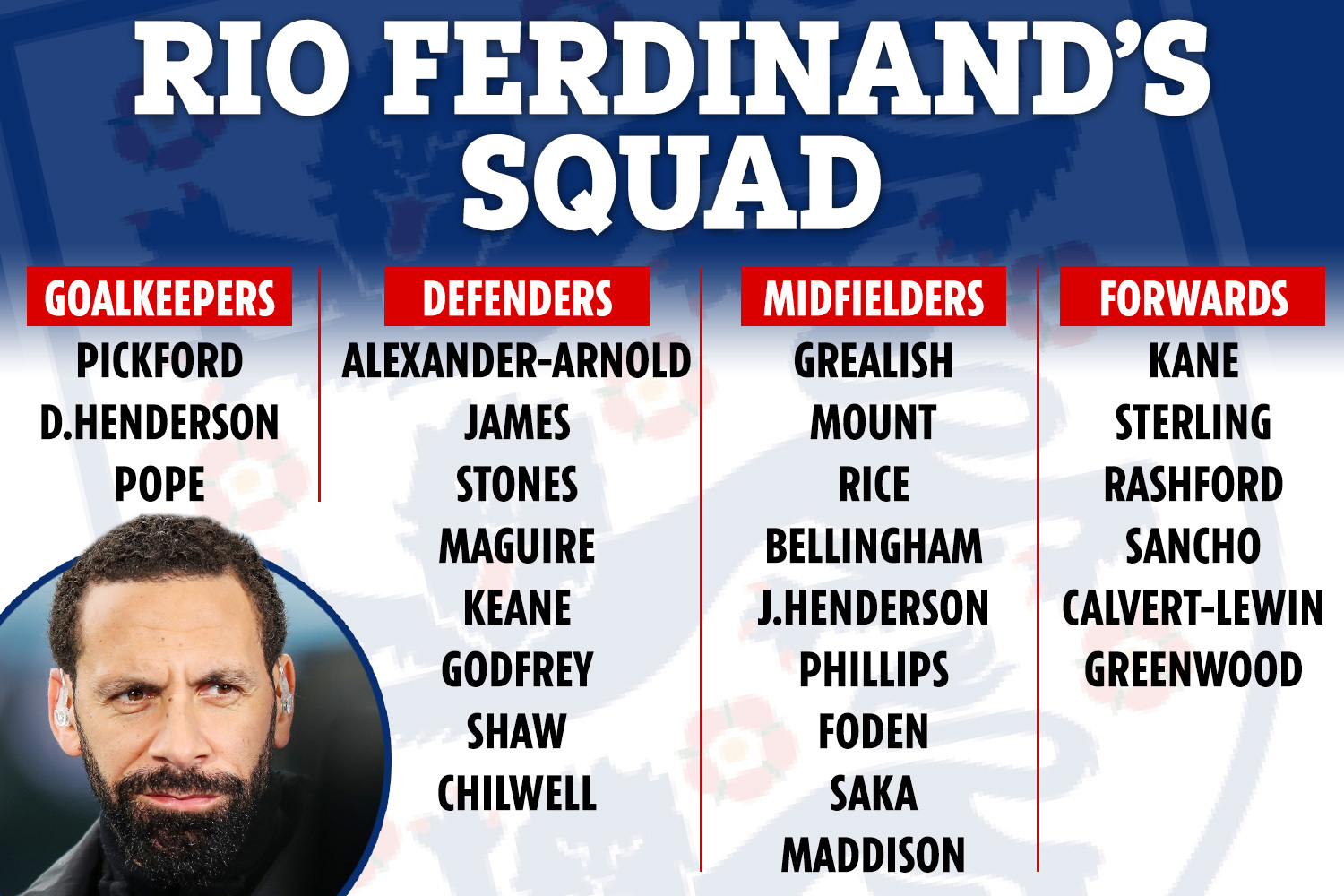 Explaining his decision on BT Sport, Ferdinand said: "[Kyle] Walker I think would be the unlucky one in my squad – and he'd have really good grounds to ring me up and give me a piece of his mind.

"I like youth, I want to give youth a chance.

"I'm looking ahead as well, not just this tournament. This has been a bit of a weird lead-up – I'm looking at this as almost a free hit for someone like Gareth.

"You can introduce some young players, give them experience, really expose them to what a tournament is like."

England manager Southgate has a huge call to make on which right backs he selects for the Euros.

Two right backs are usually picked for a major tournament but Southgate opted for three at the 2018 World Cup: Kyle Walker, Kieran Trippier and Alexander-Arnold.

And there's a good chance he may do the same again as managers are allowed to select 26 players this summer rather than the traditional 23.

But even if Southgate was to pick three right backs, he would still have to disappoint one of Walker, Trippier, James and Alexander-Arnold. 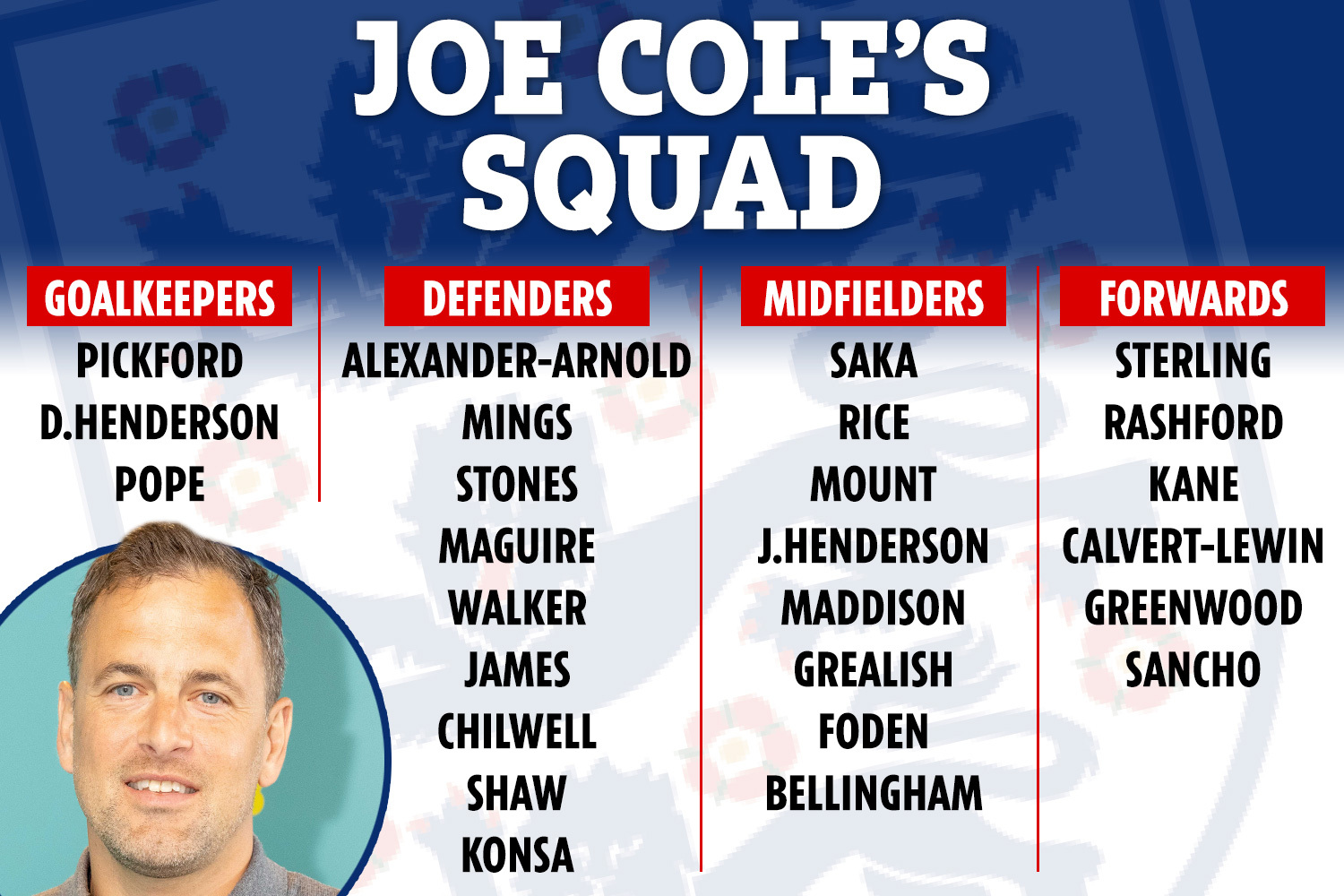 And reports suggest Alexander-Arnold will be the player to miss out.

Ferdinand has also called for Everton defenders Michael Keane and Ben Godfrey to be selected, even though the latter is yet to receive a senior cap.

Atletico star Tripper, who is on the verge of winning LaLiga with the Spanish club, has not been selected by Cole or Hoddle either.

Both pundits have made room for Walker, James and Alexander-Arnold, though.

The biggest shock in Cole's squad is the inclusion of Aston Villa defender Ezri Konsa.

The 23-year-old has featured 26 times in the Premier League for Dean Smith's side this season and was part of the U20 squad that won the World Cup in 2017.

Hoddle's squad, meanwhile, is full of surprising selections – with Dean Henderson left out. 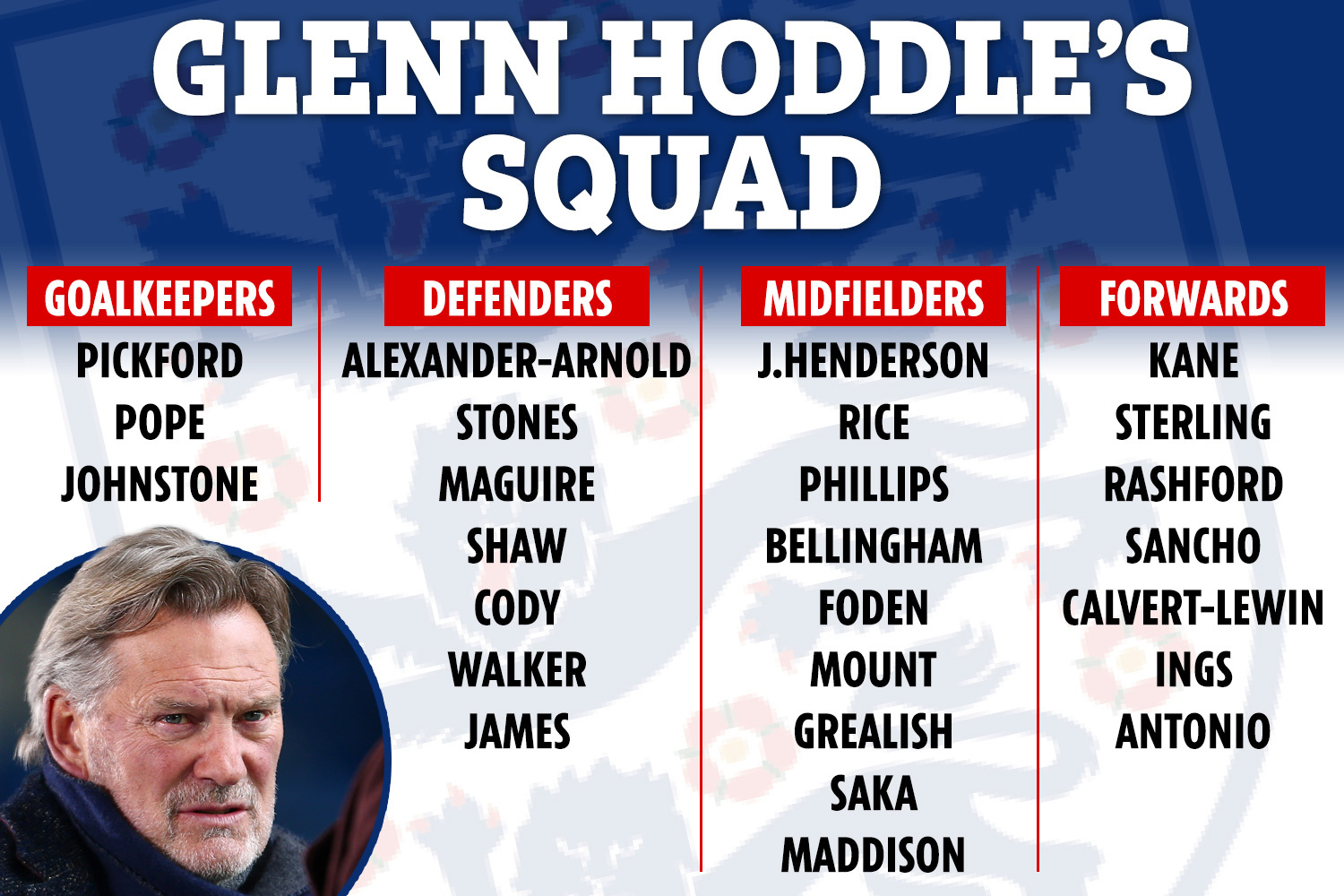 The 24-year-old has been in good form this season, displacing David de Gea as Manchester United's first choice goalkeeper.

The ex-England boss has called for West Brom's Sam Johnstone to get the nod after impressing for the relegated side.

Hoddle has also asked for West Ham star Antonio to be included, even though the player reportedly wants to play for Jamaica at the next World Cup.

The pundit told BT Sport: "This fella [Antonio] was as good as anyone in the league this year – holding the ball up, turning, getting in behind.

"The last ten minutes of a game, that's where I'm thinking from. You put him on. You give a totally different scenario to the centre backs you're playing against."

Southgate is due to name his squad for the Euros on May 25, two days after the conclusion of the Premier League campaign.

Belgium, Turkey, Russia, Holland, Ukraine and Hungary have already named their selections for the tournament, due to begin on June 11.

All nations must confirm their squad by June 1.