ROY KEANE has been snapped in a festive mood as he cracked a rare smile during Salford City's 2-0 win against Walsall at Moor Lane.

The 49-year-old was joined by his former Manchester United team-mate Ryan Giggs in the stands during the League Two side's victory. 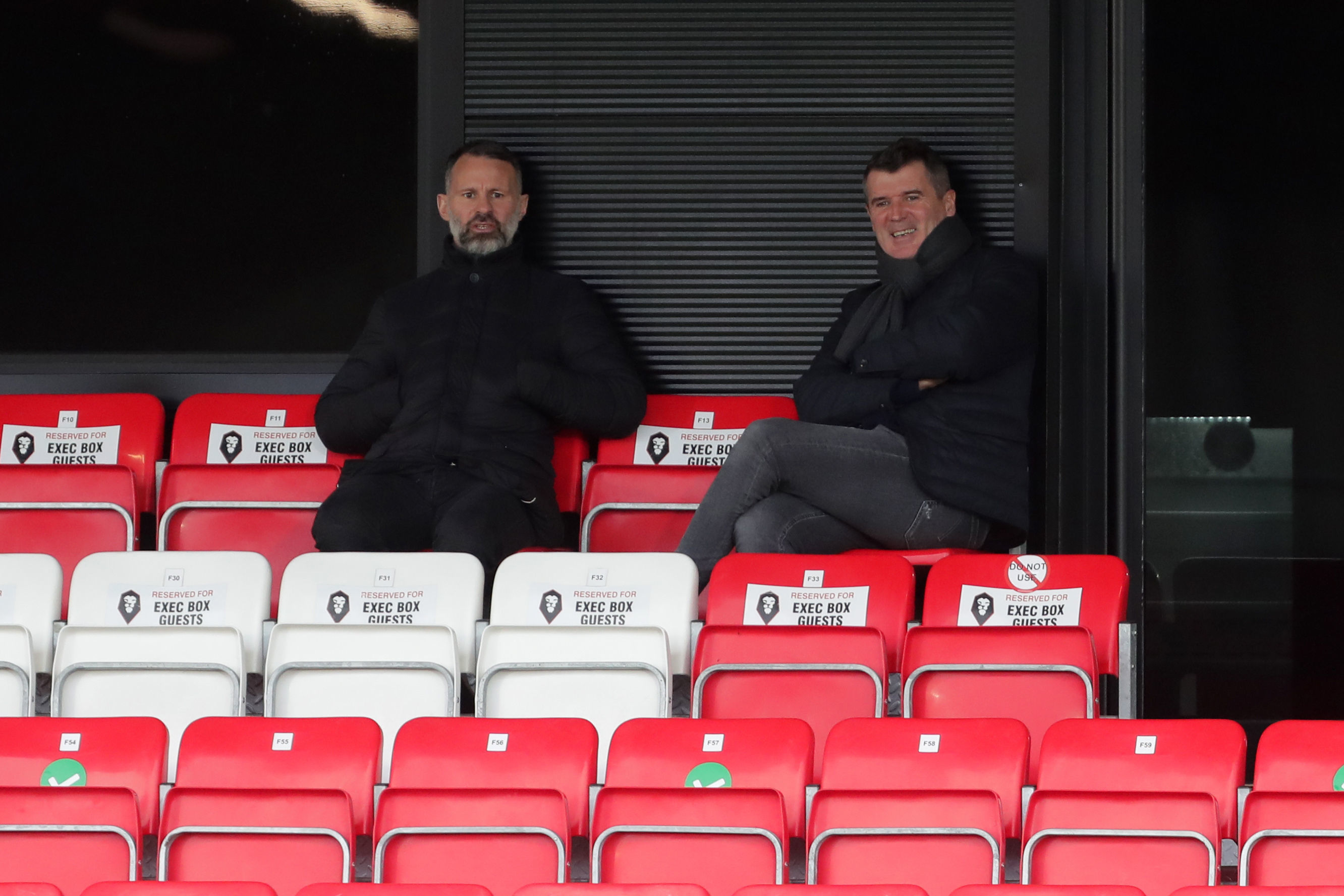 Giggs – a co-owner of the club alongside David Beckham, Gary and Phil Neville, Nicky Butt and Paul Scholes – looked stony-faced during the encounter.

But it proved to be smooth sailing for Salford as they found the back of the net in either half to extend their unbeaten run to five games.

And it was former Red Devils striker James Wilson – who was handed his United debut under the tutelage of Giggs – who opened the scoring.

The 25-year-old has been in fine form this term having scored six goals including two in his last two outings.

Luke Burgess secured the three points for Salford in the 87th minute to lift his side up to sixth in the table.

Keane has been spotted at Moor Lane on a number of occasions this season, though he was left with a face of anger during the 1-1 draw against Crawley.

And he was left equally as unimpressed when Salford threw away a two-goal lead against Tranmere.

The ex-Sunderland gaffer recently tipped United to challenge for the Premier League title this campaign.

Speaking after United's 6-2 win against Leeds, he told Sky Sports: "I don't believe McTominay there when he said they don't look at league tables.

"Everybody looks at league tables. Players and staff. That's what you're playing the game for.

"You want to know where you are obviously and where you're heading to.

"It's been a nice few days for United. They had to beat Sheffield United and Leeds just to put another marker down.

"I still think Liverpool are the strongest but United I think could be the best of the rest."