MANCHESTER UNITED have only turned their attentions to Bruno Fernandes after transfer talks with Bayer Leverkusen over Kai Havertz stalled.

The Sporting Lisbon star has become Ole Gunnar Solskjaer’s No.1 target this month as he seeks to bolster his midfield. 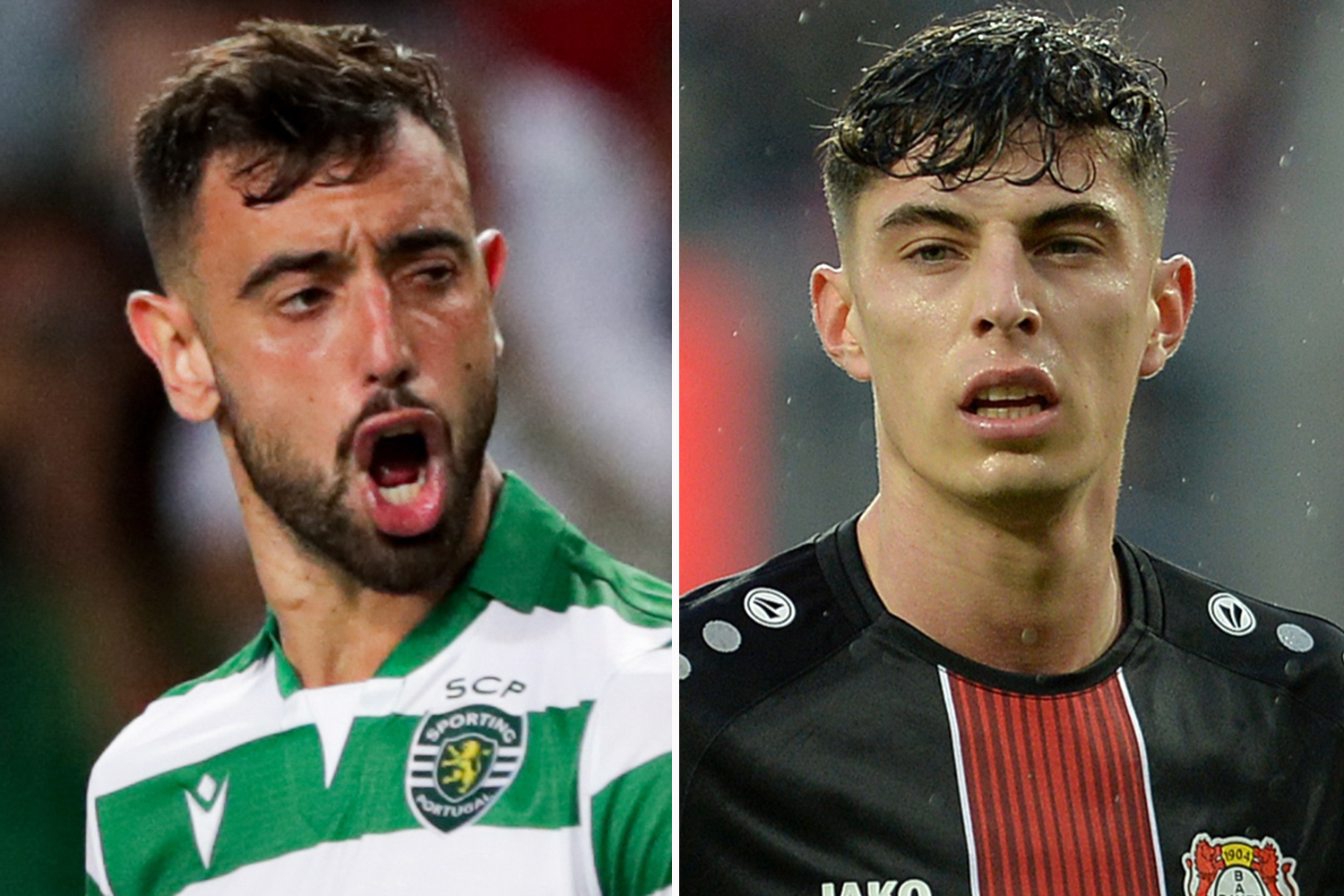 But the Red Devils reportedly held talks with German outfit Leverkusen over Havertz before opting to pursue the Portuguese international, according to The Athletic.

The German ace has been linked with a move to the Premier League for months with United among the frontrunners for his services.

Havertz won a host of admirers last season, bagging 17 goals and three assists, but has failed to repeat those heroics this campaign.

In 14 matches he has found the net just twice while grabbing only one assist.

Despite that drop in form United were still keen on the 20-year-old and contacted Leverkusen about signing him.

But after being told he would not be available this transfer window, Fernandes became their top focus.

The 25-year-old, who was expected to depart Sporting last summer after a stunning season, has continued his rich vein of form after staying put.

He has notched 15 times and provided 13 assists already in just 25 appearances.

And his transfer from Sporting to United could be completed by the end of this week.

Fernandes recently revealed that he came close to joining Tottenham back in the summer window.

He said: “In the summer I thought I could go out. I believed it was a good time to leave due to many factors. I made the best time of my career to date.

“After the UEFA Nations League there were already many contacts, especially with Tottenham.

"It was the team that wanted me the most and was the only one I agreed to talk with, because there were other clubs that didn’t interest me or whose project was not up to my expectations.

“Tottenham fit into everything I wish I had at that moment.

"It is an appealing championship. Knowing that Tottenham would be willing to pay for me and make every possible effort to take me, leaves a player eager to take that step.

“Regardless, I always kept my word that it was up to Sporting to decide whether or not to leave. Nothing changed my desire to be here and to want to stay here.”