The Red Devils have been impressed by the former Ajax midfielder’s core fitness since he arrived in the summer. 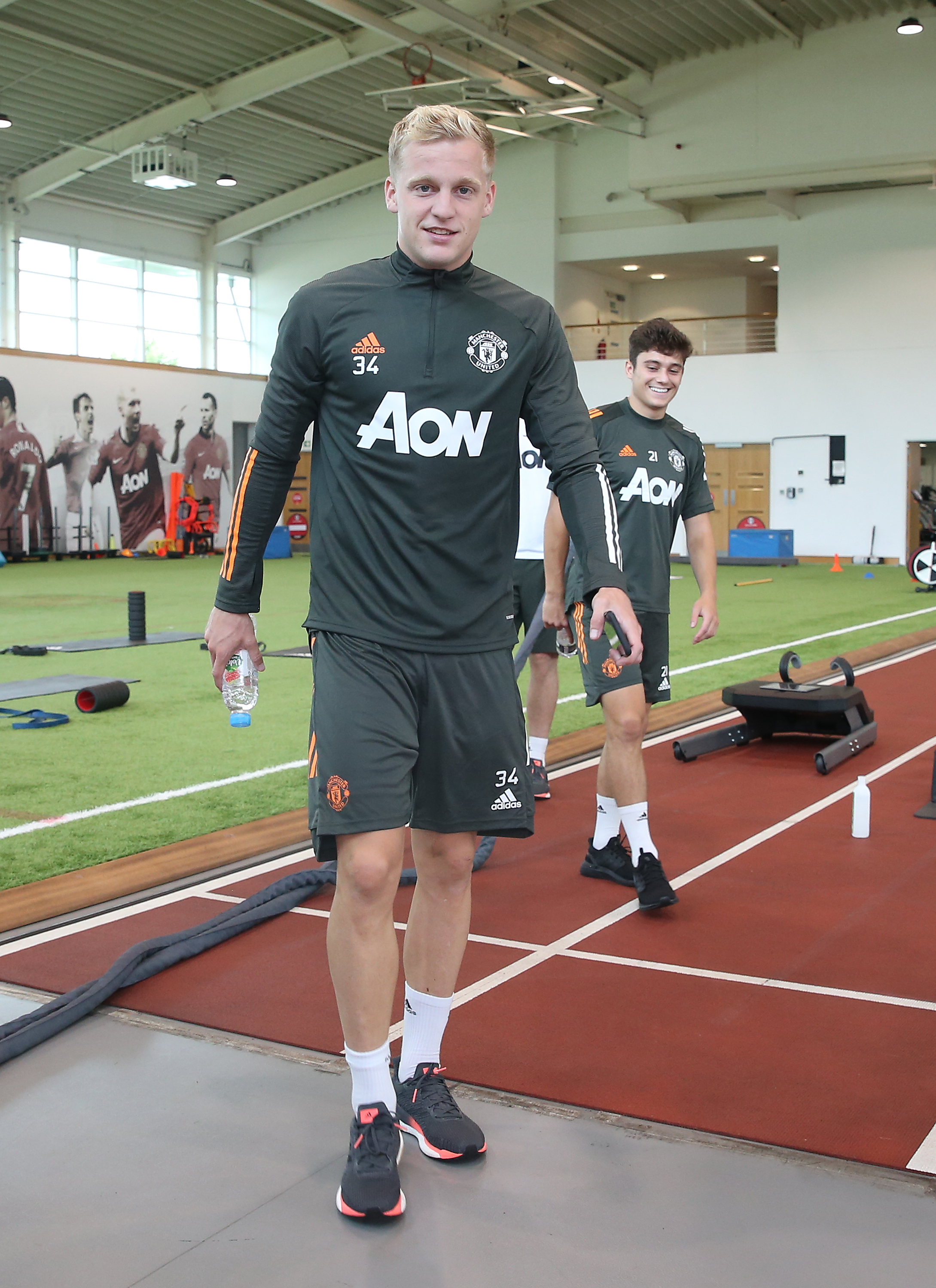 However they would like to add a bit of muscle over the next few months so he is more prepared for the extra physicality of the Premier League.

This will mean putting on muscle in the right areas – so he can look forward to doing some heavy weights and resistance work such as pull-ups and chest presses..

The club have done similar with other new faces in recent years – including Bruno Fernandes earlier this year and, most famously, Cristiano Ronaldo early in his United career.

And Jesse Lingard put on 3lb of muscle over lockdown doing chest presses and pull-ups.

The Dutchman is regarded as one of the best trainers at the club and his ‘fantastic’ attitude has been likened to that of David Beckham when he was at Old Trafford.

Van de Beek, 23, has been on the bench in all three of United’s Premier League games so far – scoring on his debut against Crystal Palace.

He has started in both of their Carabao Cup matches and also for Holland in their defeat to Mexico earlier this month. 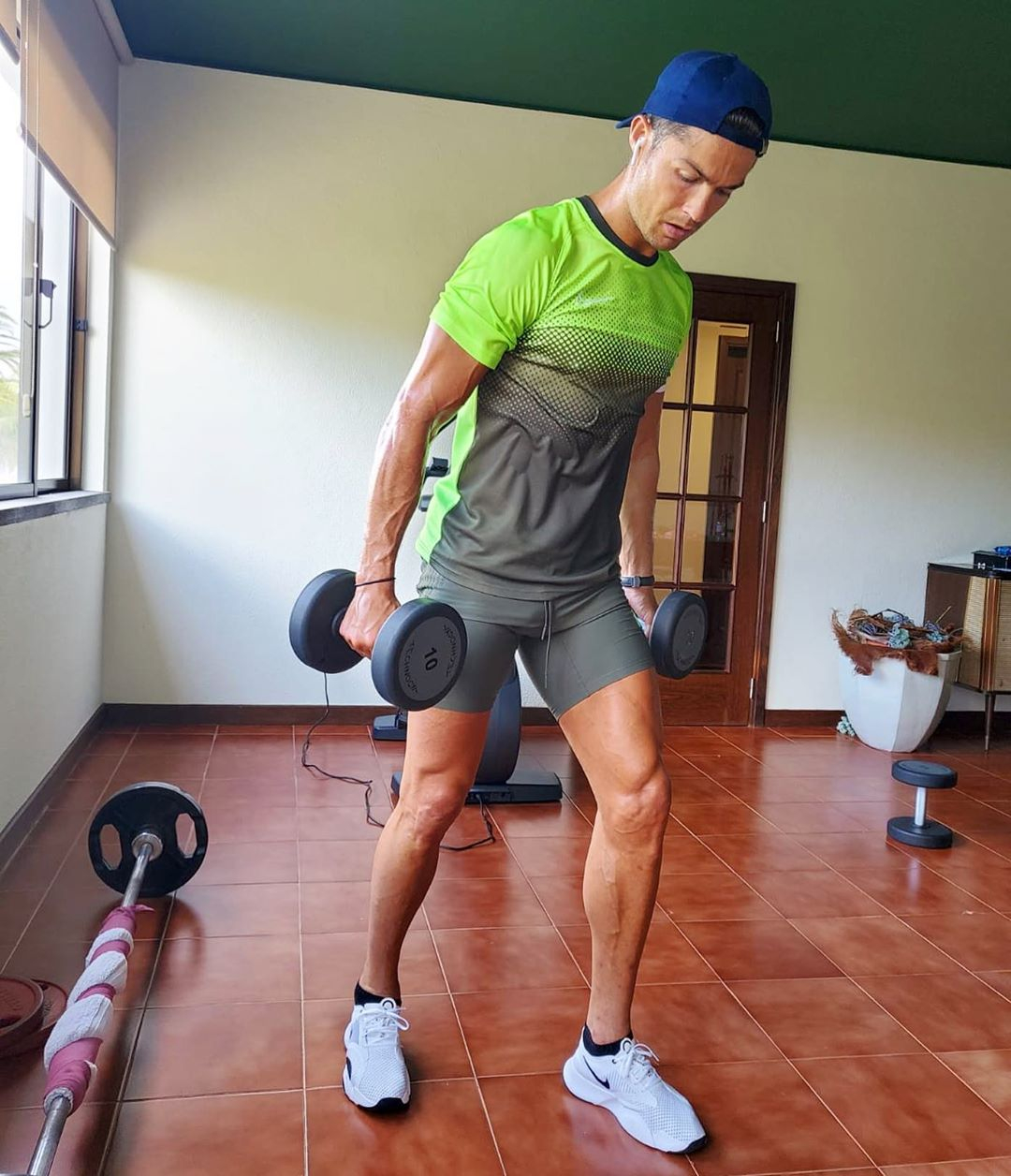 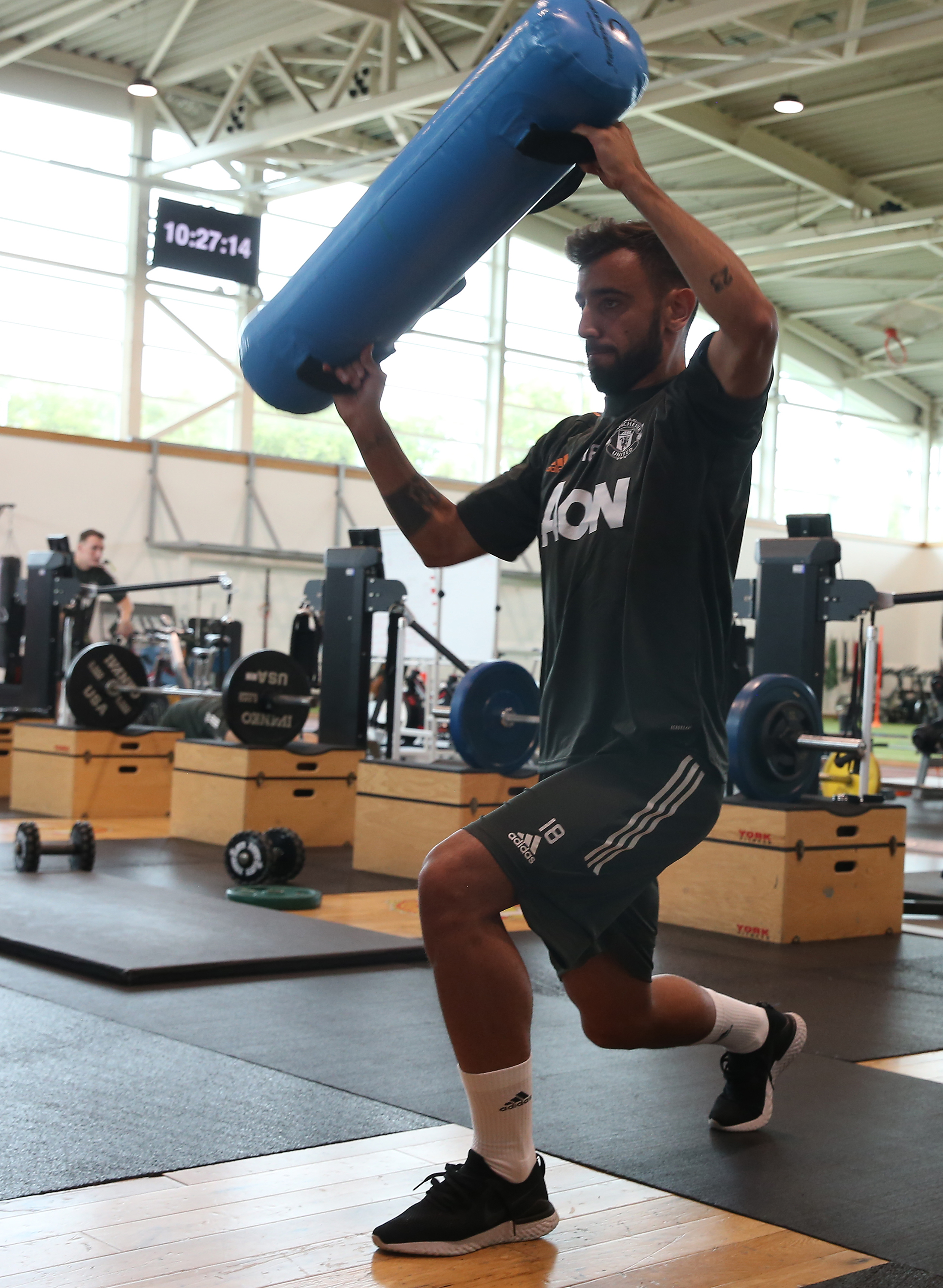 Boss Ole Gunnar Solskjaer hopes to have his squad back together on Thursday for the first time since their 6-1 humbling against Tottenham.

Cavani is currently quarantining and will not link up with his new team-mates until Monday.

But Shaw said: Shaw said: “We’ve got a few new arrivals in and that can maybe boost the morale of the squad and bring something different.

“Fresh faces are sometimes a good thing. Like we saw with Bruno, it can change completely the mood of a squad.

Brazil international Telles has been brought in from Porto in a £15.4 million deal and will put pressure on Shaw for the left back spot.

But he said: “Competition for any team is a must. There is competition for every single spot and you’ve got to be ready for it, work hard and give the manager a decision.

“Like I said, competition is very healthy for the squad, it’ll push everyone – even more because everyone wants to play.”