Emma McKeon will have few better chances to win an individual gold medal than in Friday’s 100m freestyle blockbuster where fellow Australian Cate Campbell will be desperate for revenge after her Rio heartbreak in a star-studded field with a world record holder and reigning Olympic champion.

For just the second time in more than 50 years, Australia will have two competitors in the women’s 100m freestyle final, both of whom are favoured to win a medal after clinical outings in recent days. 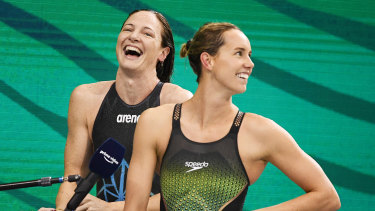 Cate Campbell and Emma McKeon at the national trials in Adelaide last month.Credit:Getty

McKeon broke the Olympic record on Wednesday, posting a time of 52.13 in what was also her personal best and an improvement on the 52.35 she recorded at the Australian trials last month.

On Thursday, McKeon (52.32) and Campbell (52.71) qualified first and third fastest, respectively, for Friday’s final (11.59am AEST). McKeon even appeared to slow down in the dying stages of her semi-final to conserve energy for the 4x200m freestyle relay final shortly afterwards, in which she won bronze.

Campbell and her sister Bronte contested the 100m freestyle final in Rio. Before that, the last time Australia had two swimmers in the female event was Fraser and Lyn Bell in 1964.

McKeon’s heat swim is the fastest time in the world this year, yet of her seven Olympic medals, none are gold from an individual event.

While McKeon has another chance in the 50m freestyle later in the program, her form in the 100m means she might not have to wait that long for individual glory.

“[In] the 100 I think [McKeon] medals … she’s in good form,” Australian legend Ian Thorpe said on Seven. “But, of course, she’s up against Cate Campbell and the likes of the best competitors in the world. So that one’s a tough one to call as well but I think she will medal in that.” 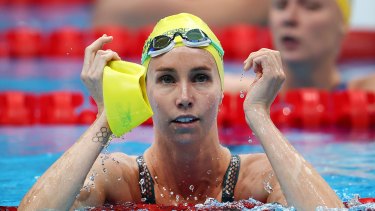 McKeon now knows what Campbell felt like at Rio, where as the world record holder and overwhelming favourite, she spectacularly bombed in the final to finish sixth and later apoligised to the country.

“Pretty happy with that,” said Campbell after her semi-final effort. “These Games I have tried to take a step back and enjoy it. Kind of like I did in the first Games of 2008 – really soak up every moment because it is a privilege and you often lose sight of that.”

Like McKeon, Campbell doesn’t have an individual gold medal to her name. Campbell’s mother, Jenny, told the Herald on Sunday she thought it would be a tight tussle.

“Emma is swimming incredibly well and I think for both of them, it’s probably who is going to hold their head on the day,” Campbell snr said. “We know what Cate is capable of and we know what Emma is capable of. You never know with the Olympics what it’s going to throw up.” 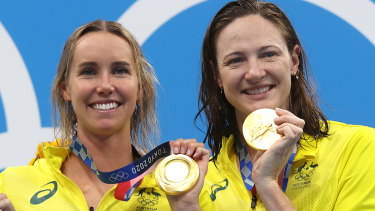 If McKeon manages to get on the podium, she keeps alive her goal of winning seven medals in Tokyo.

No Australian has won more than five medals at a single Olympic Games, with Shane Gould, Ian Thorpe and Alicia Coutts sharing the record.

The most Olympic medals won by a female swimmer is jointly held by Germany’s Kristin Otto and American Natalie Coughlin, with six.

Soviet gymnast Maria Gorokhovskaya holds the record for the most medals ever by a female at one Olympics with seven, collecting two golds and five silvers at Helsinki 1952.

McKeon and Campbell will also contest the 50m freestyle heats on Friday evening.