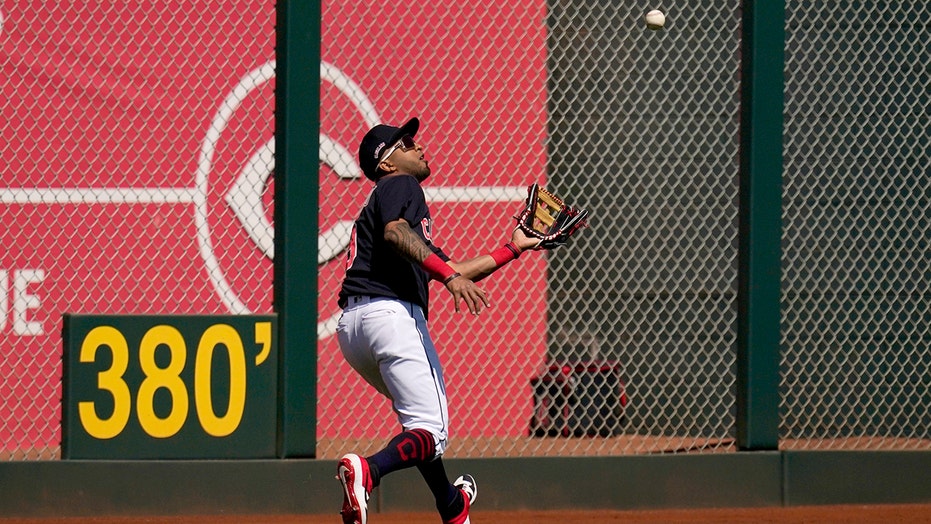 While it was a spring training defensive drill, in their minds it was Game 7 of the World Series — and the New York Daily News captured it on video. That’s because first base coach Tony Tarrasco told them to simulate the sport’s ultimate game.

“It’s fun to have a camp day like that and see the guys ramping up the intensity at game speed and also simulating our biggest goal,” Mets manager Luis Rojas said Wednesday.

The drill was to make 27 consecutive defensive outs without an error as Rojas and Tarrasco hit fungoes.

New York last won the World Series in 1986, when the Mets rallied with three runs in the 10th inning to beat Boston in Game 3 on Mookie Wilson’s grounder past Bill Buckner, then overcame a three-run deficit to win Game 7.

“It got really intense. That’s our goal here. We’re here because we want to win the championship,” Rojas said. “We want to celebrate. We want to bring it to the families, the organization. I’ve been here 15 years. It would be a dream come true, seeing it and watching everybody celebrate like that.”

Rojas said right-hander Carlos Carrasco is uncertain to be ready for the start of the season after elbow soreness forced him to stop throwing. He won’t throw again until late next week.

Joey Votto went on the injured list after testing positive for COVID-19. He will be away from the team for a minimum of 10 days under health-and-safety protocols.

Top Marlins pitching prospect Sixto Sanchez, whose progress in camp was delayed by a false positive on a COVID-19 test, is scheduled for a throwing session Thursday. The Marlins will wait and see how he fares before deciding if he’s ready to make his spring training debut, general manager Kim Ng said.

Sanchez went 3-2 with a 3.46 ERA in seven starts last year, and pitched five shutout innings against the Chicago Cubs in the playoffs.

Another Miami pitching prospect, Jorge Guzman, has been sidelined with right elbow inflammation.

New York Yankees left-hander Zack Britton is scheduled for surgery Monday to remove a bone chip from his pitching elbow and seems likely to be out until at least May.

Britton will not be able to throw for several weeks while the incision heals after the operation by Yankees head team physician Dr. Christopher Ahmad at New York-Presbyterian Hospital. Britton will then need to build arm strength.

Right-hander Mike Fiers is being slowed by a back issue that manager Bob Melvin noted, “he’s probably a little bit farther behind right now” despite having thrown a few simulated games and gone multiple innings.

“We’ve kind of shut him down for a couple days,” Melvin said.

Max Scherzer’s second spring training start went about as well as can be, with five strikeouts in three perfect innings for Washington in a 3-2 win against St. Louis.

“I was able to get a little more intensity today and was just able to pound the strike zone and not walk people. Try and give them a pitch to hit and see what happens,” the three-time Cy Young Award winner said. “It’s spring. Try to get some reads on some swings.”

While manager Dave Martinez said afterward he isn’t ready to announce his opening day starter, he certainly liked what he saw — and heard — from Scherzer.

“Typically, when he’s throwing the ball pretty good, he’ll let out a couple of grunts. He did that a few times today, so that was encouraging,” Martinez said with a laugh. “We’re heading in the right direction with Max.”

Nationals second baseman Starlin Castro, who missed most of 2020 after breaking his right wrist, hit a two-run homer off Jack Flaherty in the fourth and an RBI triple off Johan Ovideo in the sixth.

Nolan Arenado drove in the Cardinals’ first run with a sacrifice fly in the seventh.

Keegan Akin gave up three runs, three hits and three walks while getting four of five outs on strikeouts. Toronto starter Ross Stripling allowed three hits in two scoreless innings. George Springer was out of the lineup for a second straight game with a left abdominal strain.

Philadelphia’s Spencer Howard struck out four in two innings, allowing two runs and two hits. Jeff Mathis, Brad Miller and Luke Williams homered, and Bryce Harper was 0 for 3 with three strikeouts as a designated hitter. Harper has yet to play in the outfield,. Detroit’s Matthew Boyd allowed one run and three hits in three innings. Isaac Paredes and Robbie Grossman homered.

Austin Gomber allowed three hits in three scoreless innings. Ryan McMahon and Colton Welker homered. MacKenzie Gore struck out four in two innings but gave up three singles and a double in the second. Jake Cronenworth was 2 for 2 and is batting .462.