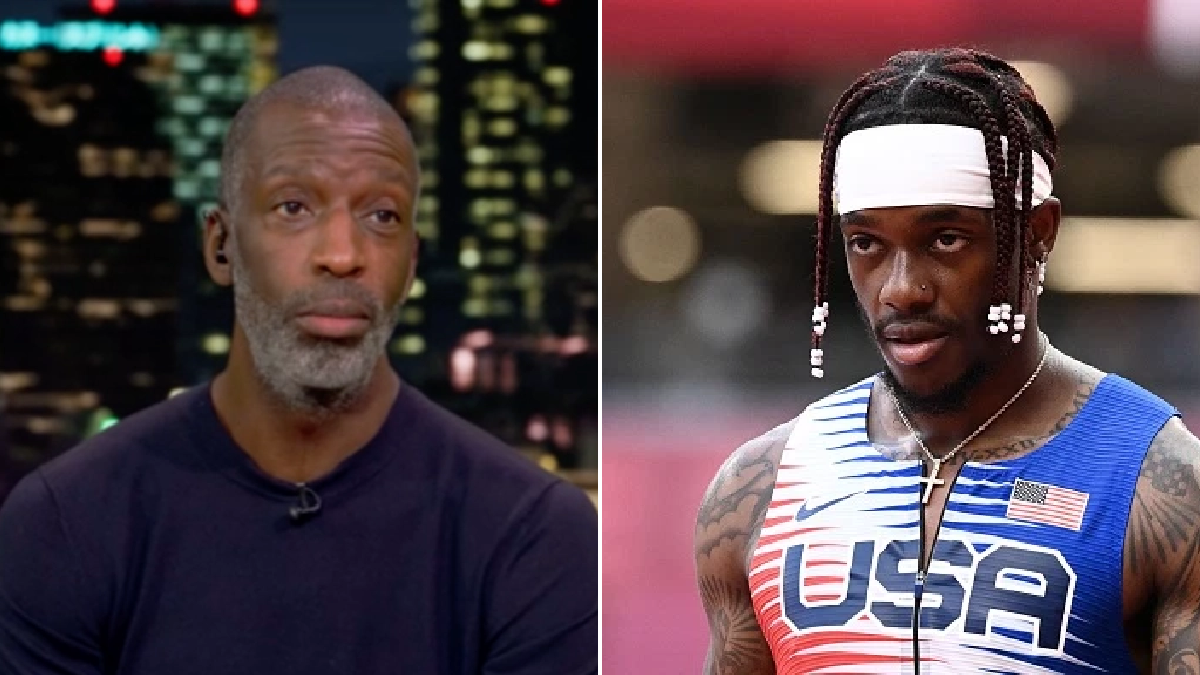 Michael Johnson heavily criticised the USA team after failing to qualify for the men’s 4x100m relay finals and questioned why Cravon Gillespe was chosen to run the final leg.

Despite boasting two of the individual 100m finalists, Fred Kerley and Ronnie Baker, as well as world leader Trayvon Brommel, the USA only placed sixth in a disastrous semi-final, finishing behind China, Canada, Italy, Germany and Ghana.

Lewis – a nine-time gold medallist across four Olympic Games – had earlier pulled no punches, writing on Twitter: ‘The USA team did everything wrong in the men’s relay.

‘The passing system is wrong, athletes running the wrong legs, and it was clear that there was no leadership.

‘It was a total embarrassment, and completely unacceptable for a USA team to look worse than the AAU [Association of American Universities] kids I saw.’

The comments – Lewis also described the performance as a ‘clown show’ – were put to Johnson and he agreed with his assessment of the display.

And he questioned why Gillespe – a surprise pick over Kenny Bednarek or Noah Lyles – was tasked with running the final leg.

‘Absolutely I’d go that far, it’s embarrassing and ridiculous, we’ve seen it for so many years, so much talent and depth but not getting the baton round,’ Four-time gold medallist Johnson told the BBC.

‘The performance of this USA team is really bad, highlighted by this relay. Usually we at least get to the final before dropping it.

‘People are embarrassed, with the amount of talent there, there are questions about whether there should have been a holding camp, they chose not to.

‘The decision of Gillespie on the anchor leg, that was ridiculous.

‘They should have been still in that, they were still in it, and he just got passed by Ghana and Canada, that’s pretty bad.’

In an interview with USA Today, Lewis continued his verbal assault on the US team: ‘This was a football coach taking a team to the Super Bowl and losing 99-0 because they were completely ill-prepared.

‘It’s unacceptable. It’s so disheartening to see this because it’s people’s lives.

‘And America is sitting there rooting for the United States and then they have this clown show.

‘I can’t take it anymore. It’s just unacceptable. It is not hard to do the relay.’