AC Milan goalkeeper Mike Maignan is set to be out for ten weeks, after getting injured saving a Mo Salah penalty against Liverpool.

The Frenchman joined the Italian giants from Lille in the summer, replacing outgoing stopper Gianluigi Donnarumma. 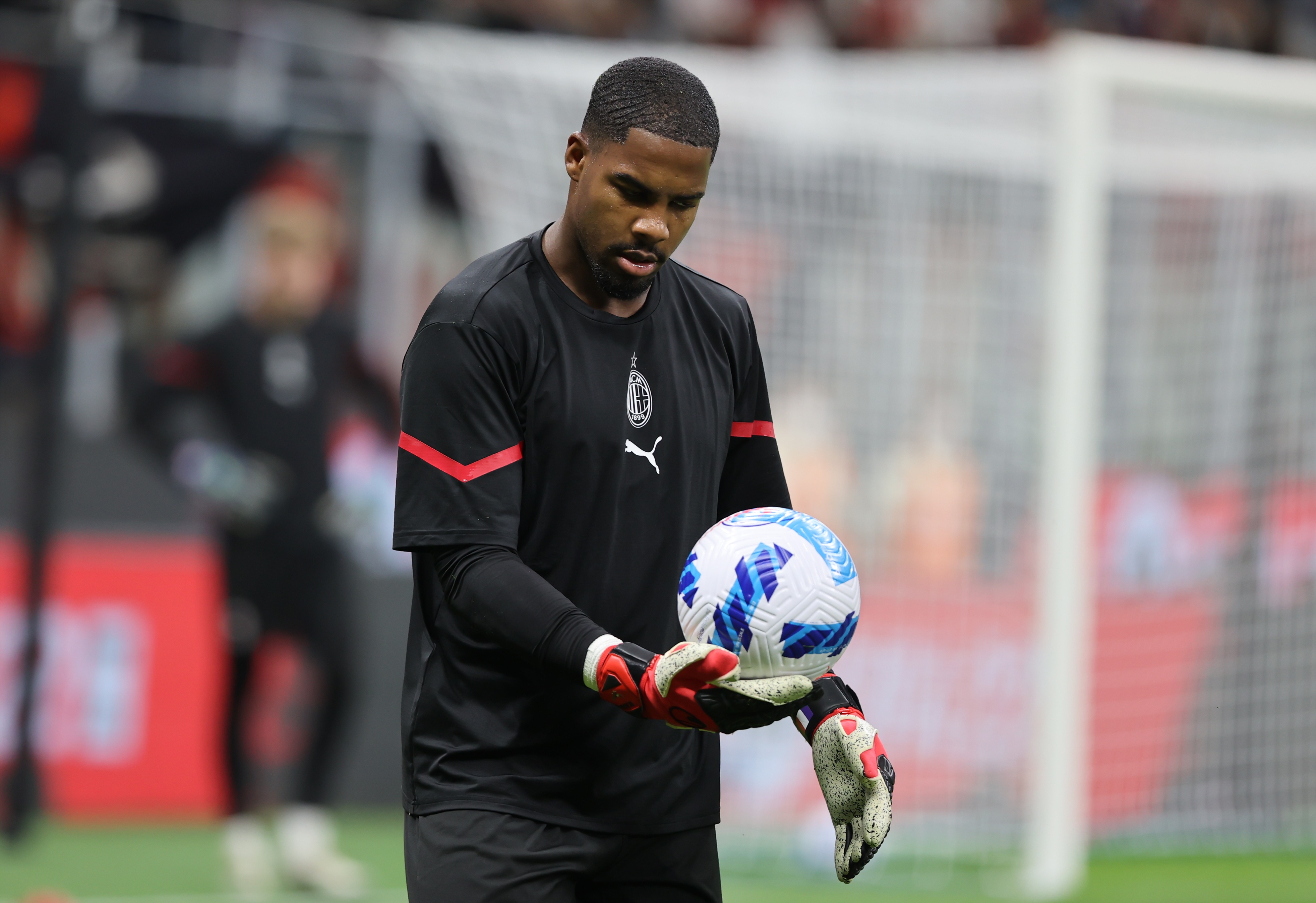 Maignan, 26, has had a decent start to life in Italy, with his side unbeaten in their first seven Serie A matches.

But his progress is set to be stalled, because of a penalty save he made last month.

The once-capped international has felt persistent pain in his wrist since stopping a Salah spot kick at Anfield.

He is believed to have landed awkwardly following the save.

Maignan has played in five matches since his side's 3-2 defeat at Anfield.

But with pain not subsiding he was forced to undergo an arthroscopic exam.

The scan identified a damaged ligament in his left wrist, necessitating surgery.

Maignan went under the knife today, with Milan confirming that the operation went 'perfectly'.

He will now rest for a period of six weeks, before beginning his 'rehabilitation process'.

The Ligue 1 winner is expected to miss ten weeks in total.

Ciprian Tatarasanu is expected to deputise for Maignan.