ARSENAL manager Mikel Arteta has revealed why he thinks summer signing Willian has struggled for form.

The Brazilian has yet to score for Arsenal since his cross-city transfer from London rivals Chelsea, and his two assists to date came on the opening day of the season. 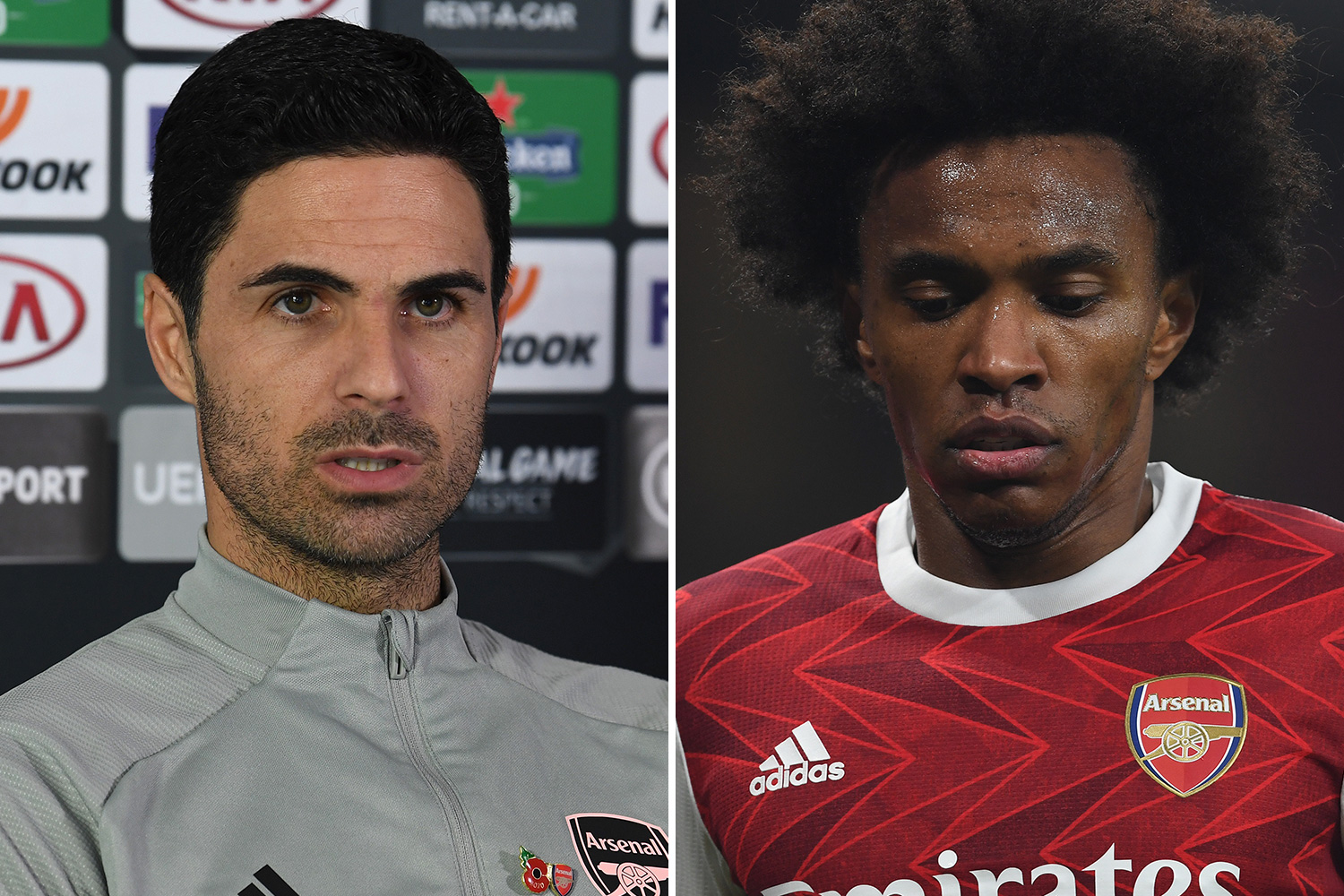 But Arteta feels the 32-year-old's tough start to life as a Gooner can be explained by a short pre-season, rotation, and the time needed to adapt to his teammates.

Arteta said: "I think he started really well with his first game against Fulham.

"We’ve been changing the front three, he had an injury and he didn’t have any time to train, any pre-season – he was later than the others.

"I can see a development in the last two games. The understanding of things I ask them to do is probably different to what he’s used to, but he’s getting better and better.

"We all know the quality he has and he’s a great option to have on the pitch.

"I think he’s a player that can make the difference.

"He’s got the ability to find that last action to open the door when everything is really tight, to score a goal, to create an assist.

"As well, the personality and stamina he has on the pitch to manage the game [like] we need to in certain moments and at Old Trafford I think he did that really well."

Willian has started all but one of the Gunners' Premier League games this season.

He had a hand in all three of Arsenal's goals in their 3-0 win over Fulham on the opening day of the season, but has yet to register a goal contribution since.

After coming close with an effort that clipped the bar against Man United last weekend, he will be hoping he can end that drought tomorrow night when Arsenal face Aston Villa.