That’s by flashing off his ripped abs after a gruelling gym session. 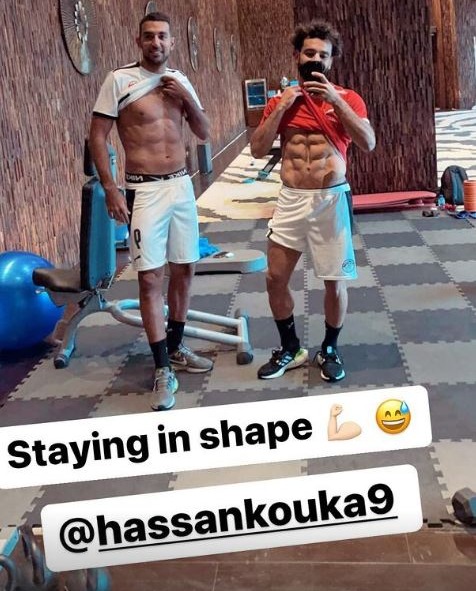 Egypt star Salah will not be playing at Qatar 2022 this month.

His side failed to reach the finals after being dumped out of the qualifiers by Senegal.

And it means Salah, 30, will be forced to watch the action on TV instead.

But the Liverpool hot shot forward is certainly not taking things easy while on holiday.

Kyle Walker OUT of first game, as England train in heat without Maddison

In fact, Salah seems singularly determined to ensure he remains in tip-top shape before linking back up with Liverpool.

The forward took to social media with a photo showing him lifting up his shirt.

Underneath, Salah revealed his ripped torso and six-pack.

He was also joined by Alanyaspor and Turkey striker Ahmed Mahgoub, who also lifted his shirt to show his body to the camera.

It’s not the first time he’s shown off his abs, with Salah frequently posting pictures to social media during his summer holidays.

The ex-Chelsea and Roma man is a self-confessed fitness addict.

And he admits he spends more time in the gym than with his wife.

“She says that I spent more time with my machines than with her!”