Naomi Osaka has been eliminated from the 2019 US Open, which means Serena Williams is now the only Grand Slam winner left in the tournament

Naomi Osaka’s defense of her US Open women’s singles title has come to an end as she’s just been eliminated from the tournament by Belinda Bencic.

Osaka lost in straight sets 7-5, 6-4 at Flushing Meadows in Queens on Monday, and Bencic said after the match that she had to play her best tennis to advance into Wednesday’s quarterfinals.

“I was so excited to come on the court,” Bencic said,according to the New York Times.

Read more:Novak Djokovic apologized and said his injury ‘hurt’ after tennis fans mercilessly booed him off the US Open court

“I think the challenge cannot be bigger: against Naomi, a great player and who obviously won the US Open last year. I had to be on the top of my game. I’m very pleased with how I played and how I managed my nerves in the end.

“She has a lot of power, I was just trying to play it a little bit like chess, anticipate, and make a tactic on the court.”

It was Bencic’s third win of the year over Osaka, whorecently attracted headlines for the way she defeated the 15-year-old American Cori “Coco” Gauff on Saturday. 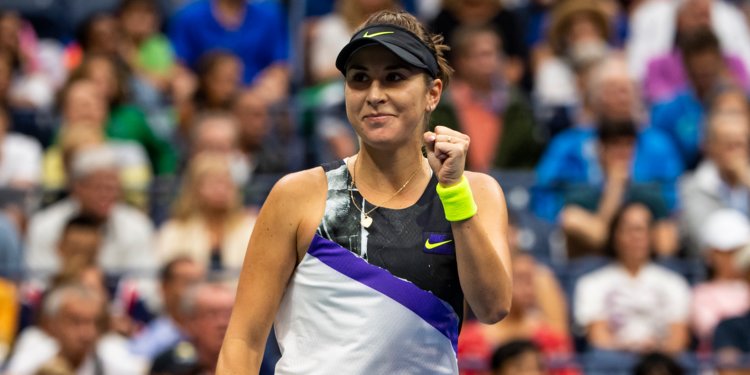 But defeat to Bencic brings an end to her reign as champion, as the 22-year-old Swiss player now advances into Wednesday’s quarterfinal where she faces Donna Vekic, 23.

Read more: Serena Williams’ coach doesn’t regret breaking the rules of tennis before her infamous 2018 US Open meltdown, and even says he’d ‘do the same tomorrow’

Williams, last year’s finalist, is the second-highest seed, behind only fifth seed Elina Svitolina who plays the British number one Johanna Konta, also on Tuesday.