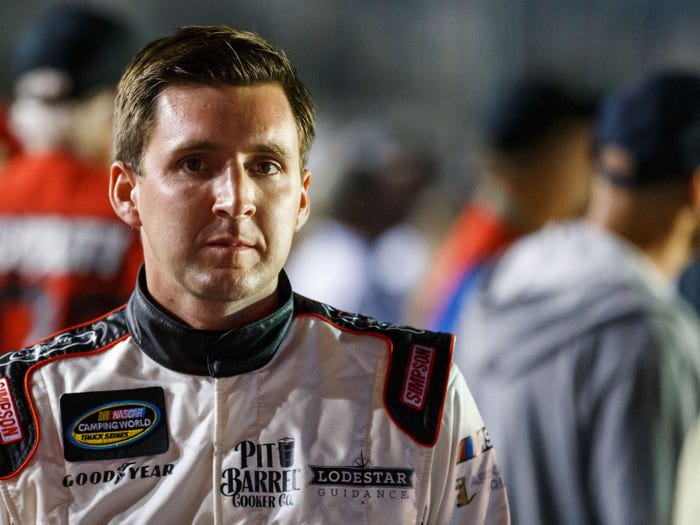 NASCAR issued an indefinite suspension to one of its drivers for violating its sensitivity policy, the organization announced Tuesday.

Gander RV & Outdoors Truck Series driver and team owner Josh Reaume is facing a behavioral penalty that "stemmed from a recent post made on social media," according to NASCAR. Officials declined to reveal "the specific nature of its content." But according to reporting from motorsport publication Kickin' the Tires, the 30-year-old's post was rooted in anti-Semitism.

A source told Kickin' the Tires editor Jerry Jordan that Reaume posted a photo of a swastika to one of his social media platforms.

"That image was apparently captured by the source and turned over to NASCAR," Jordan wrote.

Though no official source has shared the photo in question, Reaume confirmed in a statement that the issue was linked to something he ate.

Shortly after NASCAR handed down his suspension, Reaume posted a response to the punishment in which he claimed the post was "taken out of context" and insinuated that he couldn't possibly be prejudiced since "West Africa was my home from 13 years."

"On Thursday I posted a picture of my evening snack and it was taken out of context," he wrote. "It was never meant to offend anybody and I'm sorry if it did. I hope you will judge me by my character and who you know me to be."

"I grew up in an ethnically diverse family and West Africa was my home for 13 years," Reaume added.

Reaume has made a combined 14 appearances in the Gander Trucks and Xfinity Series this year, but it's unclear when he'll be permitted to rejoin NASCAR competition.