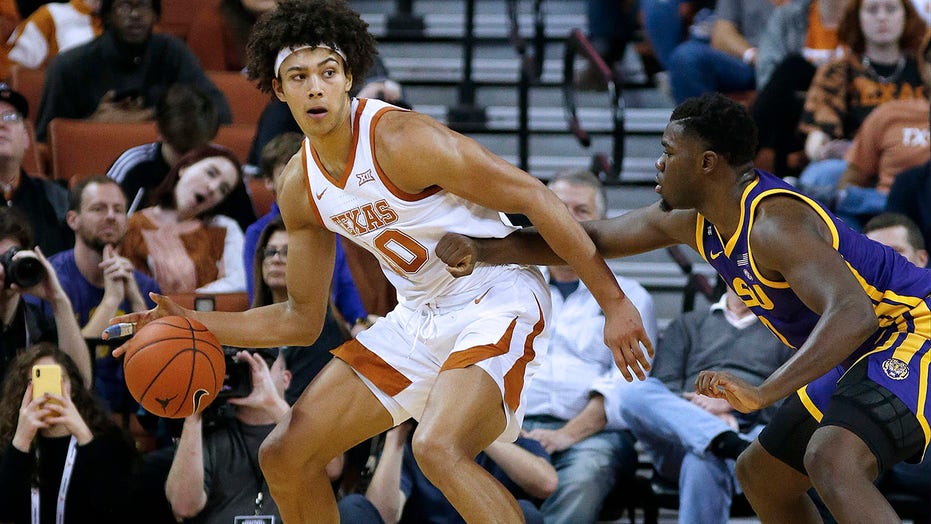 NBA Draft prospect Jericho Sims is prepared to jump out of the gym, almost literally.

Sims, the former Texas Longhorns star, was participating in the Klutch Sports Pro Day on Tuesday and during warmups he went up for a dunk. Sims threw the ball off the backboard and slammed the rock through the hoop.

Sims jumped so high he appeared to hit his eye on the rim.

The forward has impressed scouts with his performance at the scouting combine last month. He had 18 points and six rebounds off the bench during one of the NBA Combine scrimmages. He also showed off his dunking abilities in the workouts in the days prior.

He signed with Klutch Sports on June 30.

It’s unclear whether his impressive workouts will land him a spot with a team in the first two rounds of the draft. He didn’t necessarily have a standout collegiate career.

Sims and the Longhorns were eliminated from the NCAA Tournament in the first round by Abilene Christian. Sims had a double-double with 10 points and 11 rebounds.