THE Future Champions Festival kicks off at Newmarket on Friday with a mouthwatering afternoon of racing.

There are stakes races and competitive handicaps galore. Our man Jack Keene has taken a close look and picked out his best bets. 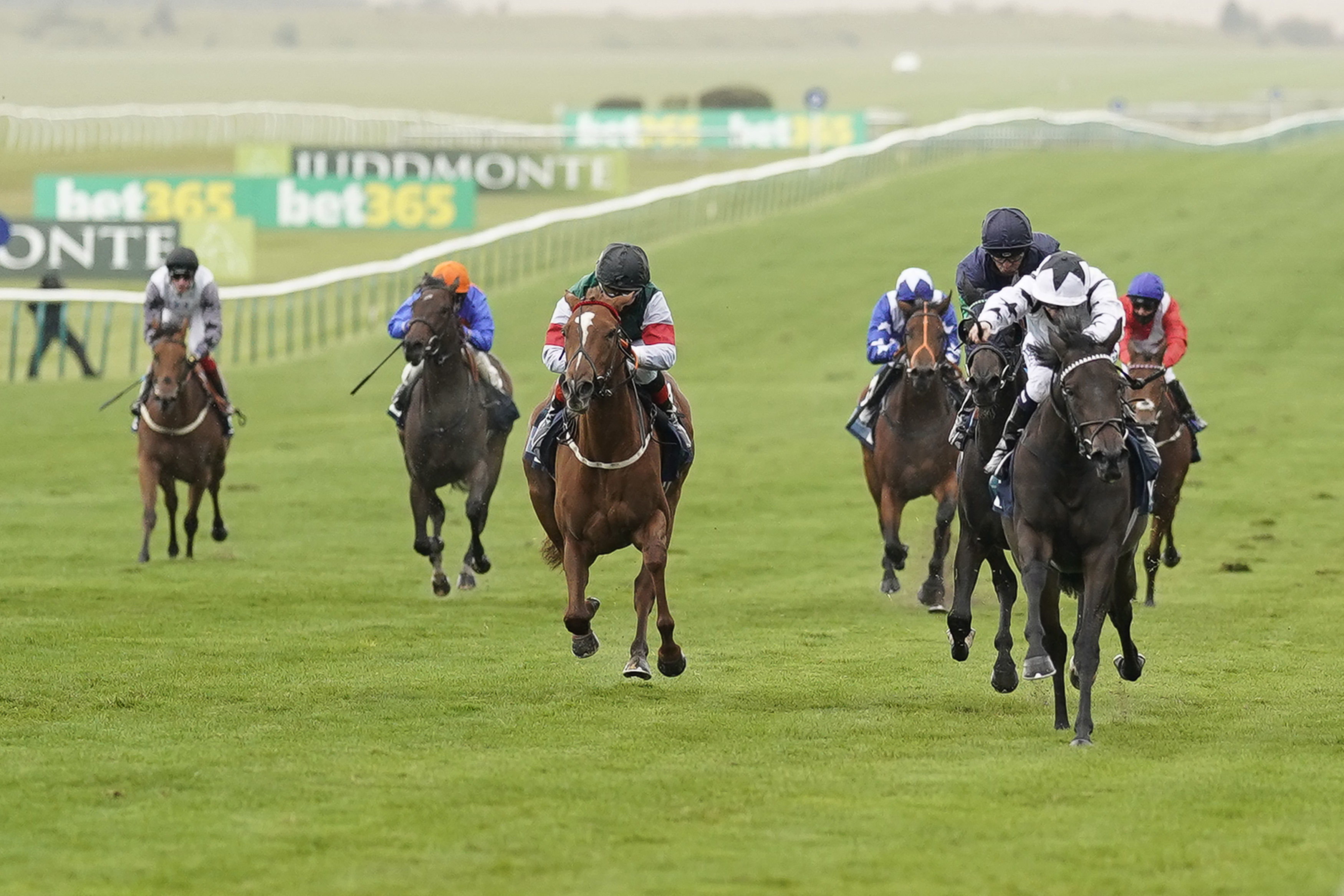 It will be fascinating to see how Method gets on dropped in class after a disastrous run in the Middle Park a couple of weeks ago.

He pulled like a train early on and his saddle slipped forward as a result. He eventually trailed home in eighth place.

The combination of a step down in distance and grade could see him bounce back, but it looks like the ground will come up soft which will be something of a concern.

Slight preference is for ACKLAM EXPRESS, who showed bundles of speed when bagging the Listed Roses Stakes at York in August.

He ran with a great deal of credit against his elders at Doncaster last time and he can regain the winning thread back against his own age group and with Ryan Moore in the plate.

Bahrain Pride travelled strongly when winning over 6f at Ripon earlier in the season, so the drop back to 5f shouldn't be an issue for him.

He's a player, while Atalis Bay and Royal Address arrive in red-hot form so can't be discounted.

SAFFRON BEACH created a very positive impressive when bolting up on debut here at the Cambridgeshire meeting.

She stormed clear of some well-bred types from powerful yards to win by four lengths and change, and she looks to have a very bright future.

Nazuna took a big step forward to finish second in the Rockfel over C&D a fortnight ago.

She sets the standard on form and isn't opposed lightly for a yard who have won this twice in the last three years.

Joseph O'Brien's beautifully-bred filly Thinking Of You won't mind if the ground comes up soft and commands plenty of respect.

A cracking race in prospect. The classy Glorious Journey has a couple of Group 2s under his belt already and he returned to winning ways at Newbury.

He loves getting his toe in and is a big player here, as is the three-year-old Khaloosy.

He's been a shade disappointing since his jaw-dropping victory in the Britannia at Royal Ascot, but the drop back to 7f under these conditions could well suit.

The in-form Happy Power won cosily at Goodwood and is seeking a hat-trick, but this is a tougher race so he needs to raise his game a touch.

Zakouski has always had a tall reputation and he showed he still retained plenty of ability in Dubai earlier this year. It's slightly concerning that it's taken so long to get him back on the track, though.

There are similar concerns surrounding Daahyeh, a very smart two-year-old last season who has missed the bulk of 2020 through injury.She was an excellent second at the Breeders' Cup when last sighted but she may just need this.

At the prices, though, I think it's worth taking a flier on POGO.

He's taken his form to a new level this season, and he has been stretched by nine furlongs the last twice.

He likes to attack from the front and I think the drop back to 7f is a shrewd move.

T&Cs: New customers only. Place your FIRST bet on any sportsbook market and if it loses we will refund your stake in CASH. Max refund for this offer is £20. Only deposits made using Cards or Apple Pay will qualify for this promotion. T&Cs apply. Paddy's Rewards Club: Get a £10 free bet when you place 5x bets of £10+. T&Cs apply. 18+ Begambleaware.org

An excellent renewal and several of these will no doubt be locking horns in the 1000 Guineas in the spring.

Pretty Gorgeous and Shale have been trading blows over the last few weeks, with the score currently 2-1 in favour of the latter.

The first-named was an authoritative winner when the pair clashed on soft ground in the Debutante Stakes at the Curragh in August, while Shale has twice turned away her old rival on a sound surface.

Easy ground conditions may tilt the balance in favour of Pretty Gorgeous in Round 4 of their personal battle, but both may have to settle for a minor role behind INDIGO GIRL.

John Gosden's filly looked right out of the top drawer when bagging the May Hill Stakes at Doncaster last month.

She saw the race out strongly when swatting aside some smart types that day and she is bred to stay further (sister to 1m4f Group 1 winner Journey), a big plus as she is taking on several fillies who are unproven at the trip.

Isabella Giles impressed in the Rockfel two weeks ago when able to dictate under a positive ride. She shouldn't be underestimated and could pose the biggest threat to the selection.

SHANDOZ is a horse with a big old engine and he can land this valuable pot.

He overcame a tricky position to win cosily in a hot handicap at Ascot last time, and the galloping nature of this course will suit him perfectly.

He is a stakes horse in the making and a mark of 96 should be well within reach.

There are some similarly promising types in here, including Luncies and Surrey Pride.

The former is turned out quickly under a penalty after a good win at Kempton while the latter was strong at the finish over 1m2f at Chester. Both should appreciate this 1m4f trip.

Galata Bridge has rattled off a hat-trick on the all-weather, but there is a slight question mark over him as he reverts to turf.

Cepheus and Kipps chased home the selection at Ascot last time and hold solid each-way claims. The second-named is becoming particularly frustrating but he has plenty of ability.