HOPES of an eagerly-anticipated international clash between superstar club mates Neymar and Lionel Messi today are over after the former was ruled out through injury.

Brazil revealed their talisman Neymar is returning to his club Paris Saint-Germain with a thigh problem and will miss their World Cup qualifier with Argentina. 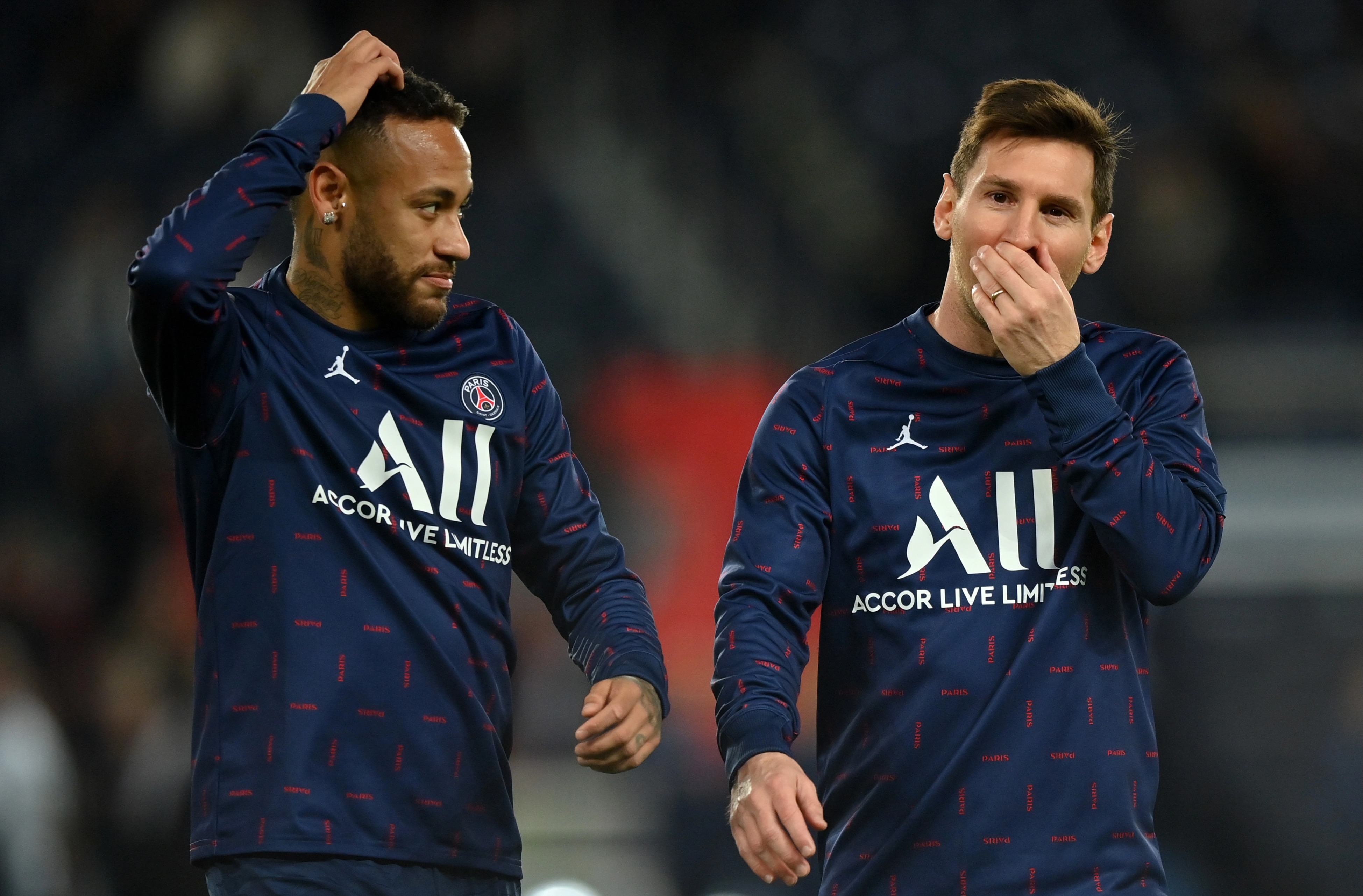 But his PSG team-mate Messi has been given the all-clear for this evening's clash in San Juan after his recent return from knee and hamstring problems.

Neymar started and finished a 1-0 win over Colombia last week and set up the goal as Brazil booked their place at next year's World Cup in Qatar.

But he has picked up a knock since, with the Brazilian Football Confederation confirming:After the activities held on Palmeiras' Football Academy on this Monday morning, Neymar complained about feeling pain in his left thigh.

"And as a result of not having enough time to make complementary medical exams, Brazilian technical staff decided to preserve the player, who will not travel with the Brazilian group."

Messi has missed PSG's last two games with his injury but came off the bench for his country with 15 minutes to go in their 1-0 win over Uruguay on Friday.

Argentina boss Lionel Scaloni said Messi had proved he 'was physically fit' against Uruguay and was ready to face Brazil.

The Argies are on a 26-game unbeaten run and look certain to go to Qatar too from a 10-team qualifying group in which they are currently comfortably second, with four automatic qualifying spots available.

So the real interest in the game would have been generated by how good friends and former Barcelona team-mates Neymar and Messi would have fared against each other.

And especially so after Brazilian legend Cafu said last week that he thinks Neymar is a better player than Messi and Cristiano Ronaldo, who is not yet guaranteed a spot at the World Cup after Portugal suffered a tearjerking2-1 home defeat to Serbia.