The 25-year-old defenceman, who was leading the way for the most minutes played for the Florida Panthers prior to the incident, was checked by a Dallas Stars player. 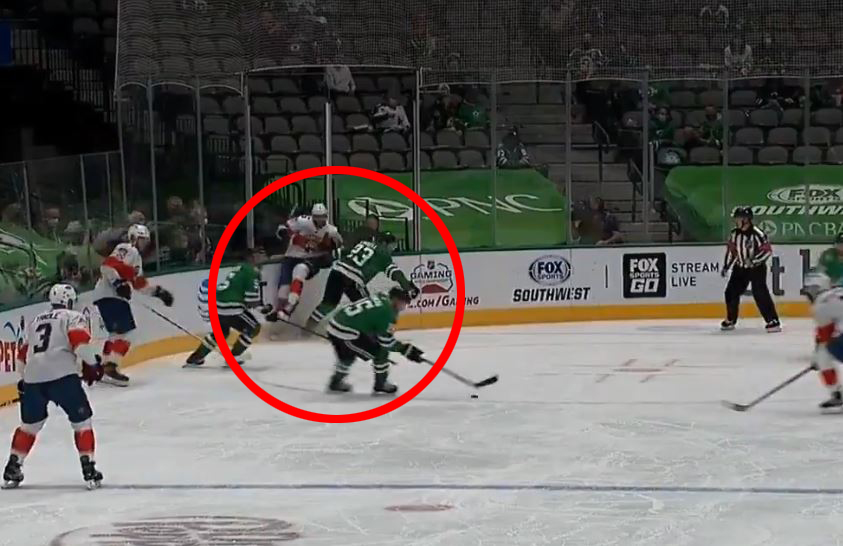 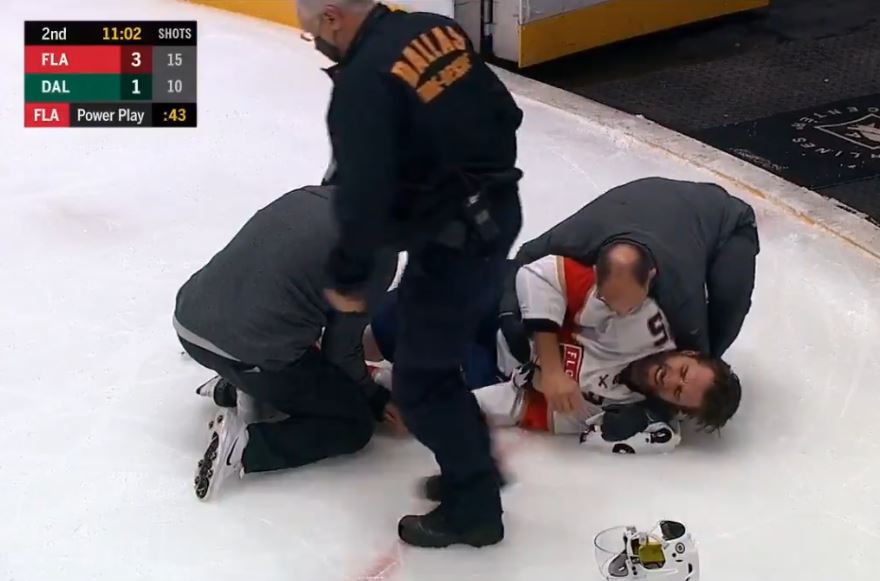 When falling to the ground, Ekblad then got his leg and skate caught underneath him before tumbling down on top of it.

The Panthers man was visibly distressed immediately after the injury as he lay on the ground writhing in pain.

As can be seen in the video, he was eventually stretchered off as his teammates looked on with concern written all over their faces.

It was later confirmed he had fractured his leg, with the NHL reporting he is set to be out for 12 weeks.

Speaking on Twitter, Ekblad said: "Overwhelmed by the love and support of my family and teammates, my peers and the Florida Panthers fan base and organization.

"I appreciate each and every one of you.

"Thank you Dallas Stars for everything last night. I'm so grateful for your help. To everyone who has reached out, I see you. Thank you!"

Ekblad's teammate Jonathan Huberdeau told reporters after the game: "It was pretty tough. 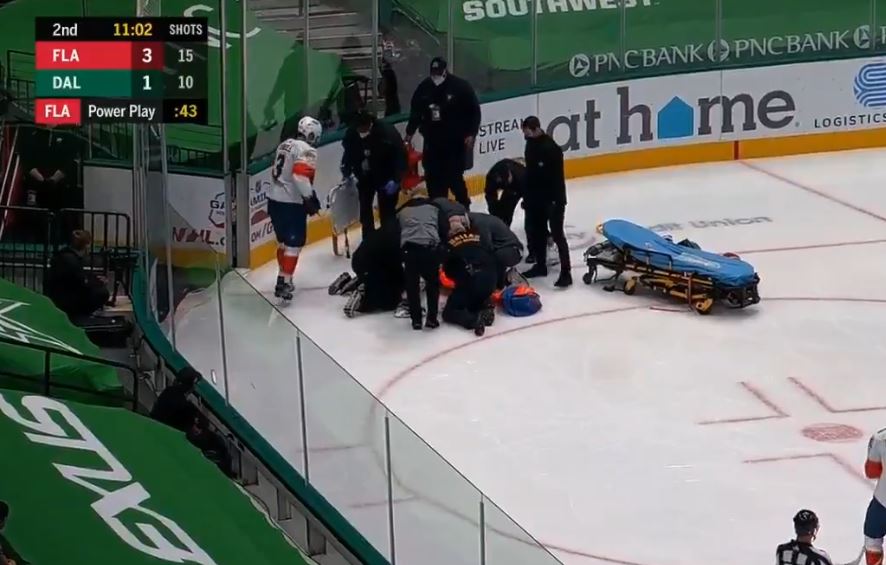 "You hear him scream too. I mean, it must have hurt so bad."

Ekblad's Panthers side went on to win the game 4-1, but that did not stop general manager Bill Zito from emphasising what a huge miss his injured star will be to the team.

"To be without a player of Aaron's caliber and character is an irreplaceable loss to our hockey club," Zito said.

"Aaron is an incredibly driven and talented young player and a tremendous leader for our team. He has the heartfelt support of our organization, his teammates and fans as we wish him the best in his recovery and his eventual return.

"Despite Aaron's absence from our lineup, we are confident in our group's resiliency and motivation as we move forward."