Novak Djokovic rewrote the history books once again by fighting back from two sets to love down to defeat Stefanos Tsitsipas and win a 19th Grand Slam title at the French Open.

The world number one is now only a single title behind Roger Federer and Rafael Nadal in the all-time list and is the first man in the Open era to win all the Slam at least twice.

It appeared Djokovic had passed the big test by handing Rafael Nadal just his third defeat at Roland Garros on Friday but the effort it took to achieve that seemed to weigh heavily in the world number one’s arms and legs.

Tsitsipas saved a set point to win a compelling opener on a tie-break and looked to be cruising towards the title when he comfortably took the second but Djokovic showed once again why he can never be written off, willing himself to a 6-7 (6) 2-6 6-3 6-2 6-4 victory.

The Serbian barely had the energy to celebrate and, after sharing a moment at the net with his opponent, he crouched down on the court before pointing to the sky while Tsitsipas sat with his head buried in a towel.

Djokovic, Nadal and Roger Federer have guarded the Slams like a fiefdom, repelling one generation after the next. There is no doubt Tsitsipas’ generation are getting closer but, even in their mid and late thirties, the big three still refuse to allow their fingers to be prised off the biggest trophies.

Djokovic had never successfully come back from two sets down in a Grand Slam final but, having lost in the final four times in Paris, including last year to Nadal, he was determined not to let another chance slip away. 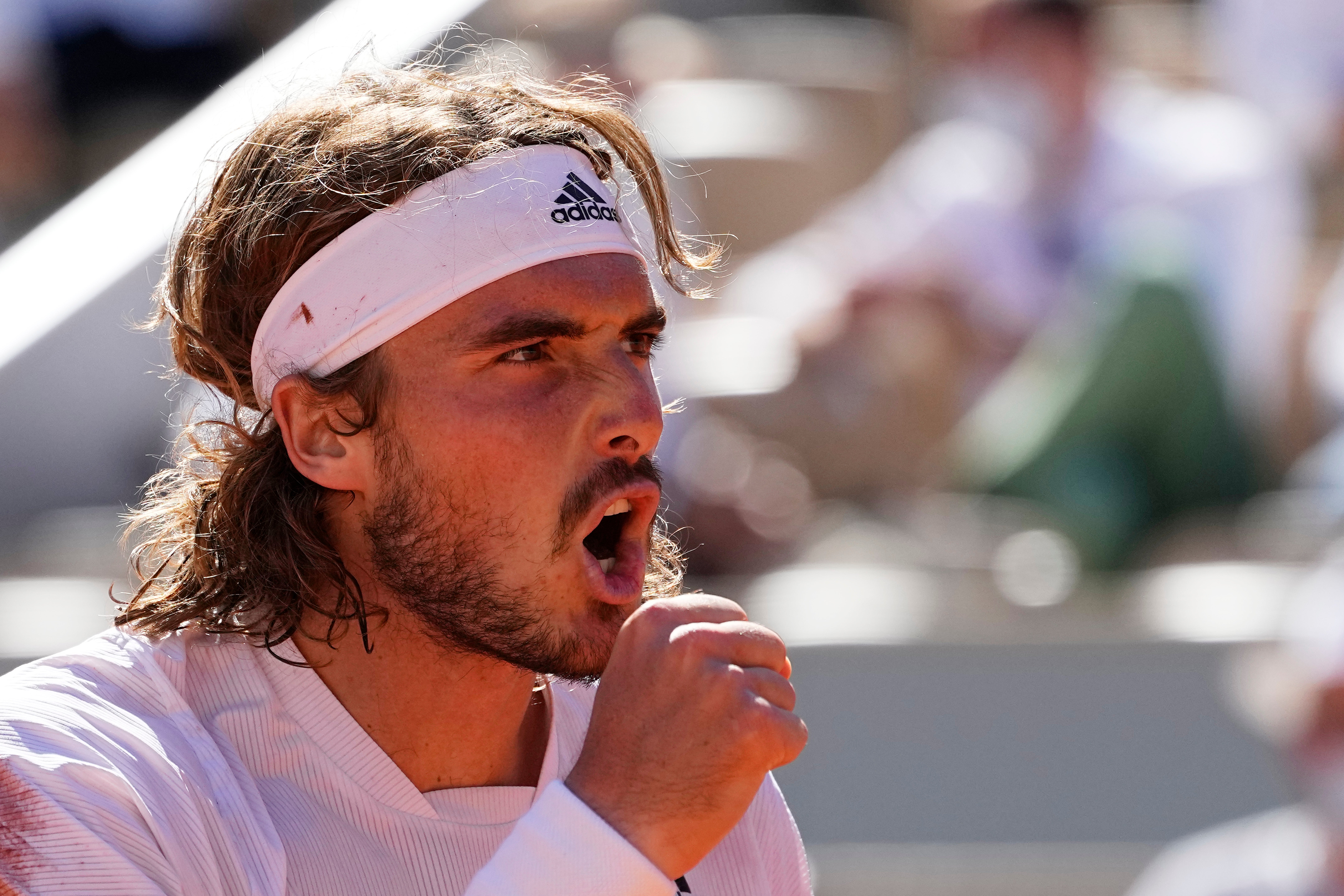 Tsitsipas is not a man lacking in self-belief or ambition, so it was no surprise to see him handle the occasion well.

He faced two break points in the opening game but stood firm to hold and that became very important in the context of what followed.

Djokovic took a heavy tumble in the seventh game as he sprinted to try to reach a drop shot but was untroubled on serve until the ninth game when, out of nowhere, Tsitsipas created a set point.

Djokovic showed what makes him arguably the toughest competitor tennis has ever seen by turning himself into a wall from the baseline in a long point to save it, and then put himself in the driving seat with a break for 6-5.

But, with the sun in his eyes, Djokovic could not serve it out and then found himself 5-2 down in the tie-break.

The change of ends helped him win four points in a row to create a set point but Tsitsipas thumped a forehand into the corner to show that he was not going to give it away and it was Djokovic who faltered on his opponent’s second chance, dragging a forehand wide.

The Serbian has been renowned during his decade of dominance for his powers of recovery but he turned 34 last month and there were soon signs that Friday’s physical and mental epic had taken its toll.

Tsitsipas broke serve again to start the second set and Djokovic, the king of gruelling rallies, began to try to shorten the points, unable to trade with his much younger rival.

Djokovic likened beating Nadal in Paris to climbing Mount Everest, and even the fittest mountaineers would surely not be found up another mountain two days later.

He left the court at the end of the set, knowing if there was to be a renaissance it needed to be quick, and he made the breakthrough to lead 3-1, taking a fifth break point after Tsitsipas had brilliantly saved the first four.

There was no big display of emotion, Djokovic presumably saving all the energy he had for the court, but he found precision in offence that frustrated Tsitsipas.

By the fourth set it was the Greek, who took a medical time-out for treatment to his lower back, looking fatigued and he knew he had to dig in at the start of the decider.

The 22-year-old had done just that in his semi-final against Alexander Zverev but this was Djokovic at the other end and, despite fighting hard, a frustrated Tsitsipas was unable to keep his dream alive.

He raised his level again and saved a match point with a glorious backhand winner but Djokovic put away an overhead on his second chance.