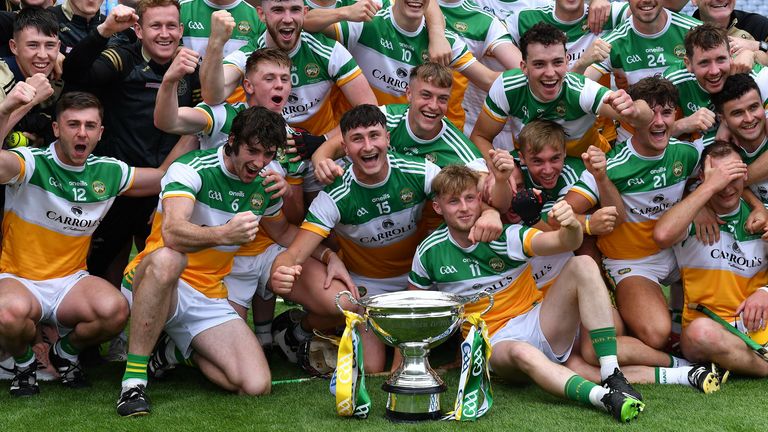 Offaly are Christy Ring Cup champions, after a 0-41 to 2-14 final win over Derry at Croke Park.

Offaly hurling is not quite back in the big-time just yet, but it is certainly back on an upward trajectory.

The rebuild had to start somewhere, after successive championship relegations in 2018 and 2019. In his second year at the helm, Michael Fennelly has helped the county to turn a corner. The Faithful have capped a successful 2021, backing up their National League promotion with the championship title.

They can now look ahead to 2022 with optimism, where they will compete in Division 1 of the league before their Joe McDonaghy Cup campaign. 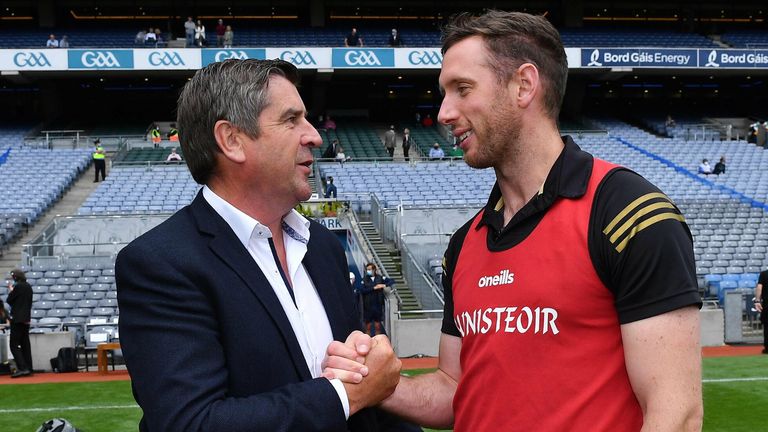 It was clear that they were a class above their opponents right from the off at Croke Park on Sunday afternoon. Oisin Kelly had a sight on goal in the opening stages, but knocked the sliotar over for a point.

Derry looked to hold their own, levelling it at 0-2 apiece, before Offaly made their move, hitting 10 points without reply.

The Oak-Leafers did fire back, with Gerald Bradley hitting the net in the 21st minute. But the Leinster side were in cruise control at the break, leading 0-19 to 1-7. 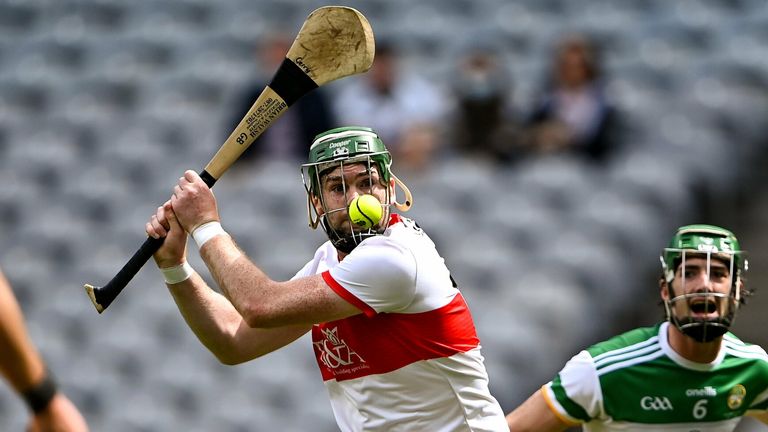 Six Eoghan Cahill points in the third quarter pushed Offaly 14 points ahead at the second water break, as they eased away from Derry.

Oisin Kelly was another to lift it a level after the break, hitting four of his seven points in the second half.

A late Odhran McKeever goal did little to put gloss on the scoreboard from a Derry perspective. Luke O’Connor, Shane Dooley, Aidan Treacy and Shane Kinsella all tagged on scores, as Offaly ran out 21-point winners.

The victory ensures championship silverware for the Faithful County for the first time since 1998, as they win promotion back to Joe McDonagh Cup. 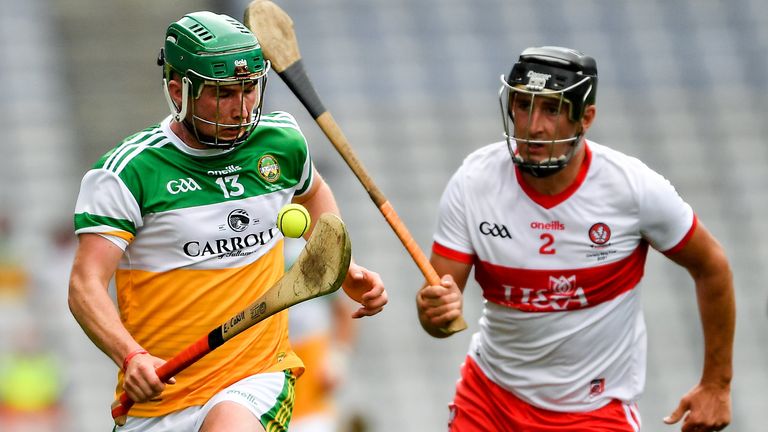