Ollie Pope: Our minds were off cricket after coronavirus hit back home 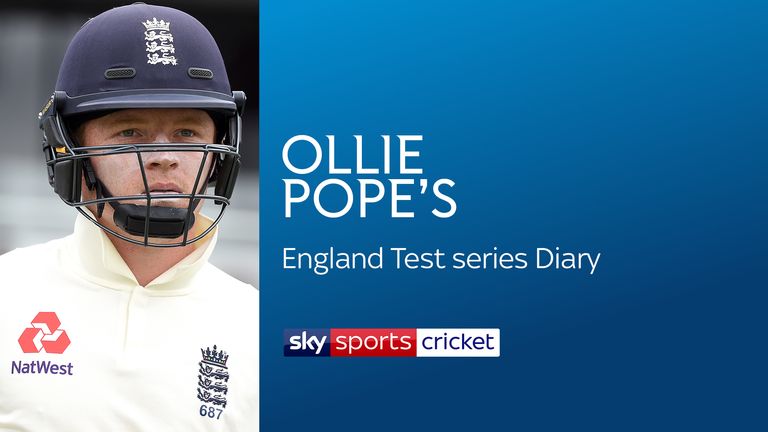 Ollie Pope discusses England’s return from Sri Lanka amid the coronavirus pandemic, how Australian cricket is keeping him occupied, and his finest bowling achievement…

Coming home from Sri Lanka was disappointing in the sense that we had two great weeks of preparation and were playing really well as a team ahead of the first Test.

Everything had gone well on the pitch – but it was definitely the right decision to come home.

Everything was ramping up in England on Friday during what turned out to be the final day of our warm-up game in Colombo and you could see people’s minds were elsewhere.

Disappointing to have to travel back from Sri Lanka before the series starts. Loved every minute of being back in an @englandcricket shirt this winter and we’ve been lucky enough to tour some great places. Home time, hope everyone stays safe ✌🏻✌🏻

Disappointing to have to travel back from Sri Lanka before the series starts. Loved every minute of being back in an @englandcricket shirt this winter and we’ve been lucky enough to tour some great places. Home time, hope everyone stays safe ✌🏻✌🏻

When we came off for tea after fielding there were a few rumours flying about that the tour was going to be knocked on the head and we would be flying back.

After fielding for another hour, Rooty went off the pitch to chat to Chris Silverwood and it was at drinks when we were called off the pitch and told that was it.

The difference I found between batting on the first day to the second was stark – everyone was talking about coronavirus and I was thinking about it. It was quite hard to focus on the job in hand.

With a lot of the lads having wives and young kids back home their minds were with them, which wouldn’t have done much for their cricket, so we all thought the correct call was made.

For the first 10 days we were in our bubble and as there hadn’t been many cases of coronavirus in Sri Lanka, we weren’t too concerned about picking up the illness.

But what is happening now puts everything into perspective. The bigger picture is that there are far more important things than playing cricket, as much as we love doing it.

There has obviously been talk about playing sport behind closed doors during this period and if we had have done that in Sri Lanka I think it would have been a strange feeling.

You sometimes find yourself playing in front of few people in in the County Championship as a lot of games are during the week but playing for your country you always picture packed houses. I remember the Barmy Army being amazing in Sri Lanka couple of years ago. 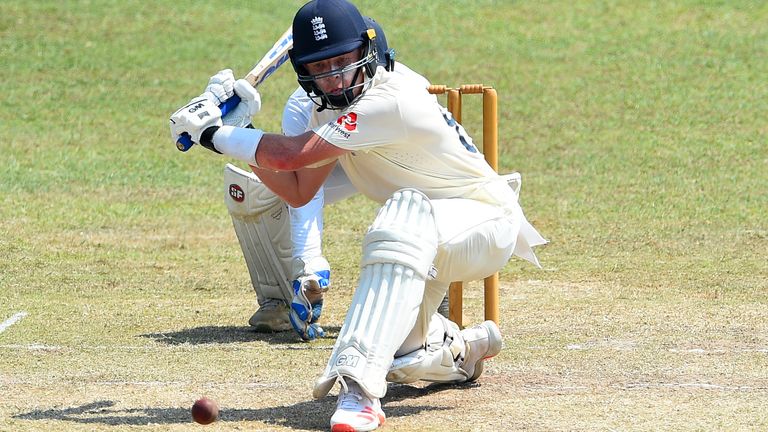 So it would have been odd if we had played in empty stadiums. It wouldn’t have affected our cricket at all but it wouldn’t have felt quite right in a way.

I am back in London now and been told to stay in my flat where possible, something I am sticking to.

I have popped out to do my shopping and offered to help out my neighbours as there are a few older people who live on the same road as me. I have popped a note through the door and seen if there is anything they might need.

Beyond that, it’s hard to know what you should be doing and it can be a bit boring being inside. But everyone is in the same situation so that makes it a bit easier. You don’t have the fear of missing out on something as it is a tough time for everyone. I’ve been playing a lot of video games and watching series on Netflix and Amazon, including The Test, which charts the recent period in Australian cricket.

I don’t know Justin Langer at all but he comes out of it well and it’s a really interesting watch, especially as I wasn’t with the English guys during the Ashes last summer.

Other than that, a bit of Friday Night Dinner is always good to watch but you name a series and I’ve probably watched it!

I will try to get out and do some running around while staying away from as many people as I can, while I am due to be playing a round of golf as well so it will be nice to get some fresh air.

The plan as it stands is then for me to return to training with Surrey next week but we are taking it day by day and seeing how everyone is.

Growing up, I tried every sport going and treated every one as seriously as possible. If it was the football season, I would try and be a professional footballer and if it was the rugby season then that was my focus. I just wanted to be as good as I could at everything.

It was probably when I was 16 or 17 that I became stronger at cricket than the other sports. Due to being at the Surrey academy and in the England development programme, I stopped playing football and rugby at that point.

My eggs were very much in the cricket basket and from then on my dreams were to play for Surrey and then hopefully England. I knew then exactly what I wanted to be doing. My stronger suit was probably wicketkeeping to start with and I kept for the Surrey second team, but when I broke into the first team Ben Foakes was around and my keeping has taken a backseat since.

I do have a county five-wicket haul, though – for Surrey Under-10s against Warwickshire! That is one of my special achievements but it was very much a one-off as my bowling is pretty useless. That said, it is a day that lives long in the memory.

The academy set-up at Surrey, which is run by Gareth Townsend at Guildford, sets you up perfectly for the professional game. It makes you realise what sacrifices you have to make.

A lot of the time we were training from 7-10 on a Monday and a Thursday and then on Wednesday going to train at The Oval from 1-6. Trying to fit that in with schoolwork made you realise the commitment needed to make it at the top level. The way Gareth ran things was awesome.

Then when you get into the second team, because we have such a strong squad, you end up playing with international cricketers at times. Those guys are perfect to learn from.

You see how they go about their training and they keep you grounded. There is always someone in that changing room who has done a lot more than you.