International Olympic Committee president Thomas Bach hopes shifting the Tokyo Games to next summer can see it become a triumphant “celebration of humanity” after the coronavirus pandemic has passed.

The inevitable was confirmed on Tuesday when IOC, Tokyo 2020 organisers and the Japanese government announced the Olympics and Paralympics will now be held in 2021, in the summertime of that year at the latest.

Pressure from national Olympic committees and international sports federations to postpone had mounted on a daily basis as the initial Covid-19 outbreak in China spread.

Sharing the full story, not just the headlines

Opting for a postponement rather than cancellation altogether means the cost implications for the IOC and the local organisers will be significant, but manageable.

On Tuesday evening, IOC president Bach posted a video on the organisation’s media channels, offering hope for a brighter tomorrow and the continuation of the Olympic ideal, albeit delayed.

“We will all be able to celebrate the Olympic Games Tokyo 2020, even if it is only in 2021. You can be sure you can make your Olympic dream come true,” Bach said.

“There is a lot of uncertainty remaining for the entire humanity. We all are together in a very dark tunnel, we do not know how long this tunnel is and we do not know what is happening tomorrow.

“But we want this Olympic flame to be a light at the end of the tunnel. This is why we will work hard now to undertake this extremely challenging task of postponing the Games and of organising a postponed Games, which never happened before.

“We have no blueprint for this and it will need the effort of everyone and the contribution of all to make this happen because the Olympics is the most complex event on this planet.

“We want to provide you with the best conditions and the most safe environment for the Games. 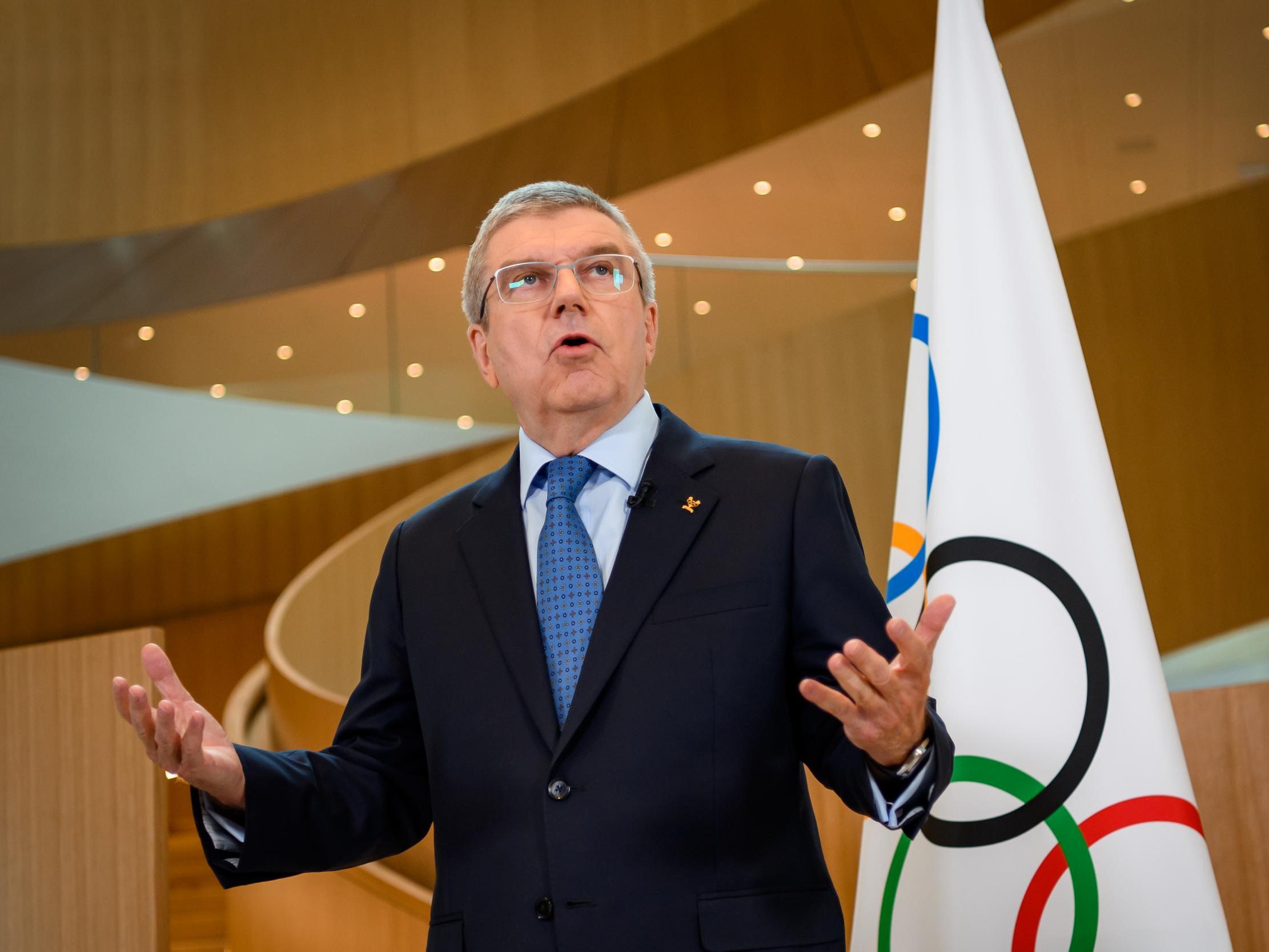 “Imagine what this could mean for all of us – these Olympic Games could then finally be the celebration of humanity after having overcome the unprecedented crisis of the coronavirus.

“It could be a true celebration of all of us, a true demonstration of the Olympic spirit, what unites us all and where we have our full commitment behind.”

The decision was welcomed by international federations and national Olympic committees across the world, many of whom, the British Olympic Association included, had been prepared to stand down their athletes from training anyway for their own safety had the IOC not acted.

BOA chief executive Andy Anson said Team GB’s preparation’s had been “compromised irreparably” by social distancing measures in the UK, which were further tightened on Monday night, and he said the IOC’s decision was the right one.

“The Olympic Games is a symbol of hope for us all and we are sure that we will be in Tokyo at the right and appropriate time as the world re-emerges from this dark period,” he said.

Funding for sports governing bodies from the Exchequer and the National Lottery is tied into Olympic cycles, and in the normal run of things a new UK Sport funding cycle would begin from the start of April 2021.

The decision to postpone means a workaround will be needed, which UK Sport will discuss in the coming weeks and months with the summer Olympic and Paralympic sports bodies.

Tanni Grey-Thompson, who won 11 Paralympic gold medals during her career, believes most athletes will welcome the fact that a decision regarding the Games has been made.

“I think most people are quite relieved they know what’s happening,” she told BBC Radio 4’s Today programme.

“There are no winners in this really. I think the IOC were right to make the decision to postpone.”

On what the rescheduling could mean for the qualifying process, Grey-Thompson added: “It goes into a short qualification period now – it’s normally two years.

“As much as the athletes will be relieved the games have been postponed, they will start getting anxious about how long that qualification period is.”