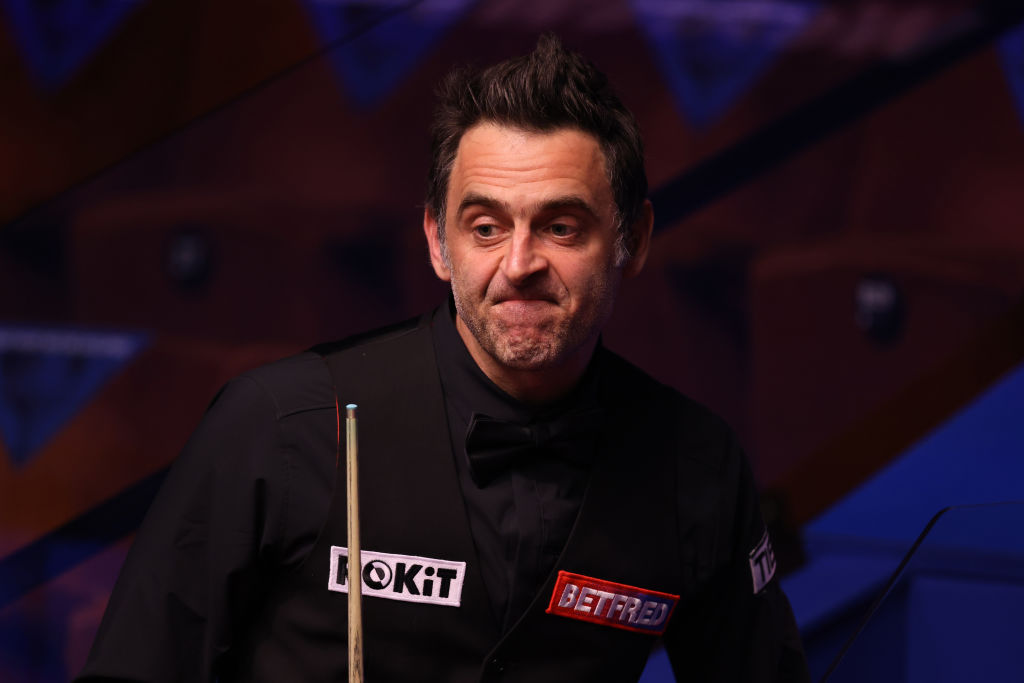 Ronnie O’Sullivan reckons he has never seen a more talented snooker player than Zhao Xintong as the Chinese star starts to fulfil his immense potential at the UK Championship.

The 24-year-old has been touted as one of the next superstars of the game for almost a decade, catching the eye at Chinese events as a teenager.

However, he is yet to convert his incredible skill into big wins, only reaching one semi-final since he turned professional in 2016.

This year’s UK Championship could prove to be a turning point for Zhao as he is into the quarter-finals of a Triple Crown event for the first time, beating both John Higgins and Thepchaiya Un-Nooh along the way.

O’Sullivan is thoroughly impressed and while the Rocket was en route to his own last 16 victory over Noppon Saengkham on Wednesday he was watching Zhao in action on the next table.

The six-time world champion could scarcely be more complimentary about the world number 26, saying he could be snooker’s Roger Federer.

‘He could do with maybe tightening up. I watch him sometimes, I was a bit like that but then I got [Ray] Reardon round me for a couple of years and you start to play a better defensive game.

‘He needs that because when them frames go a bit scrappy he looks like he’s always going to come off second best.

‘At the end of the day you’ve got to do the business on the table.’

It has been slow progress for Zhao since bursting onto the scene, only reaching one quarter-final last season, so the Rocket is right to want to see more wins on the board from him.

This week in York would be the ideal place to make his name, though, as he prepares to take on either Jack Lisowski or Hossein Vafaei in the last eight.

‘It’s very important for me,’ Zhao told WST after beating Lines on Wednesday. ‘I’m very happy and this is my first time to the UK Championship quarter-final. I need to win because it will give me more confidence.’

Zhao and O’Sullivan have practiced together in the past, which is where the Rocket realised just how skilled the Chinese is, but also what is lacking in his game.

‘I spent a bit of time on the practice table, he’s clearing the colours up, pots the brown and he’s not even near the blue, he’s near the cushion.

‘I said, “that’s not acceptable mate, you should be getting whips.” I tried to explain to him to try and get near to the ball. Just better positional play.

‘He’s a quick learner, and he got it, it’s just little things like that he needs to improve.

‘He was playing a safety shot and instead of leaving the white tight on the cushion, he was allowing the guy to get on the bottom of the white.

O’Sullivan is also into the quarter-finals in York, where he will play Kyren Wilson on Friday afternoon, with Zhao taking on Lisowski or Vafaei on Friday evening.