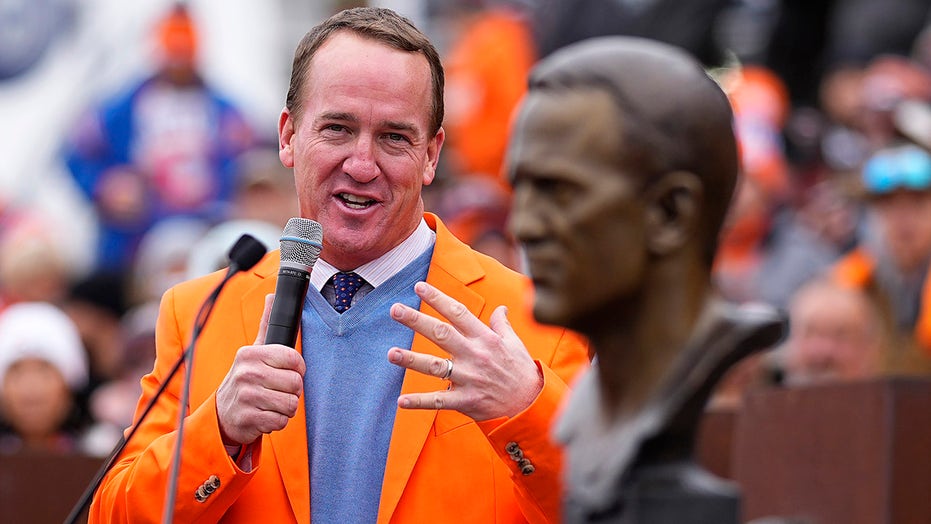 Peyton Manning was once so desperate for offensive line help, that QB1 suggested leaving a No. 2 in Cleveland. In order to facilitate a trade from Cleveland to Denver, the Hall of Famer QB reportedly told former Browns tackle Joe Thomas to go all Cleveland Steamer on a piece of office furniture.

Thomas explained Manning’s half-hearted attempt to lure him to Denver during a Wednesday edition of The Thom & Hawk Football Show podcast, which is hosted by Thomas and his former Browns teammate, Andrew Hawkins. 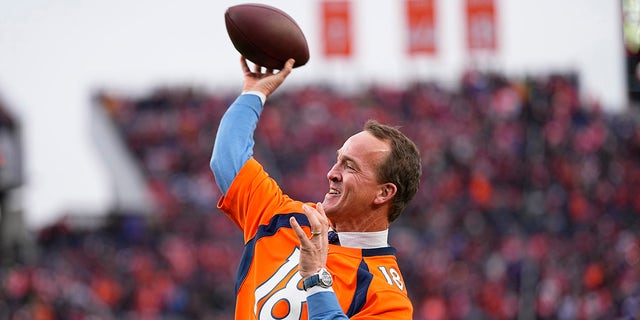 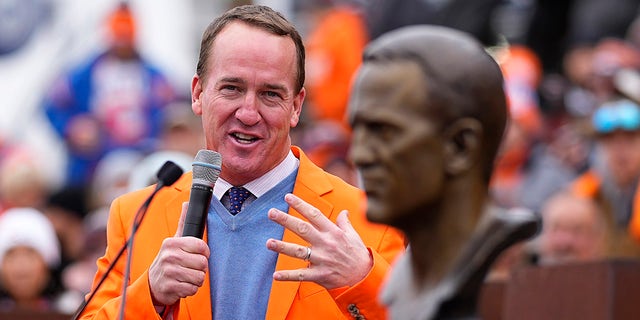 Peyton Manning speaks after being inducted into the Denver Broncos Ring of Honor prior to an NFL football game against the Washington Football Team, Sunday, Oct. 31, 2021, in Denver.
(AP Photo/Jack Dempsey)

“[Manning]’s like, ‘Alright, here’s the game plan. Go into your GM’s office when he’s not there, pull your pants down and take a s— on his desk. Then they can’t do anything but trade you, and then you can come win a Super Bowl with me,’” per The Thom & Hawk Football Show.

An amused Thomas responded by telling Manning, “Peyton, I appreciate your humor as always. I appreciate that you want me. That really gives me a lot of warm and fuzzies,” Thomas told his podcast listeners. “But I’m not gonna be able to poop on my GM’s desk.” 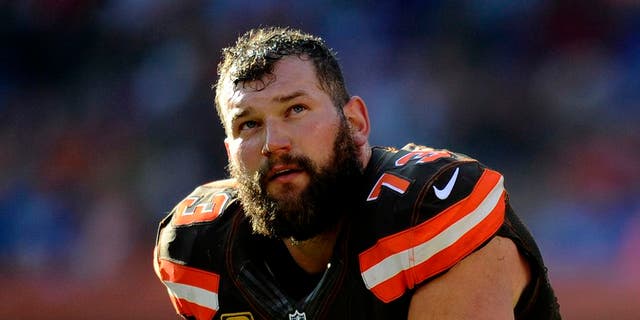 As fate would have it, the Broncos went on to win the Super Bowl a few months later, and Thomas’ season with the Browns ended in the toilet. Thomas can laugh about it now, but that’s the type of crappy situation only OBJ could love.