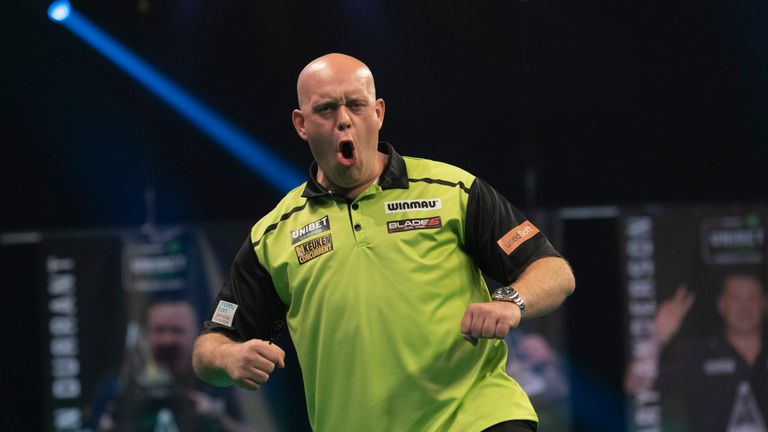 Following 16 nights of darting drama, it all boils down to this. One-thousand fans will be in attendance in Milton Keynes, as Michael van Gerwen, Jose De Sousa, Nathan Aspinall and Jonny Clayton battle it out for the right to be crowned 2021 Premier League Darts champion.

This year’s event has marked a changing of the guard. Five-time champion Van Gerwen may be favourite to land yet another Premier League crown, but he’ll be joined on Finals Night by a fresh-faced line-up consisting of 2020 runner-up Aspinall, and debutants De Sousa and Clayton.

The experienced trio of James Wade, Peter Wright and Gary Anderson finished in sixth, seventh and eighth respectively, which is testament to the strength in depth among the darting elite, and Van Gerwen is the only former winner among this year’s final four.

It has been an intriguing campaign and the recent return of fans to the Marshall Arena has added another dimension to the tournament. The question now, is who wins? 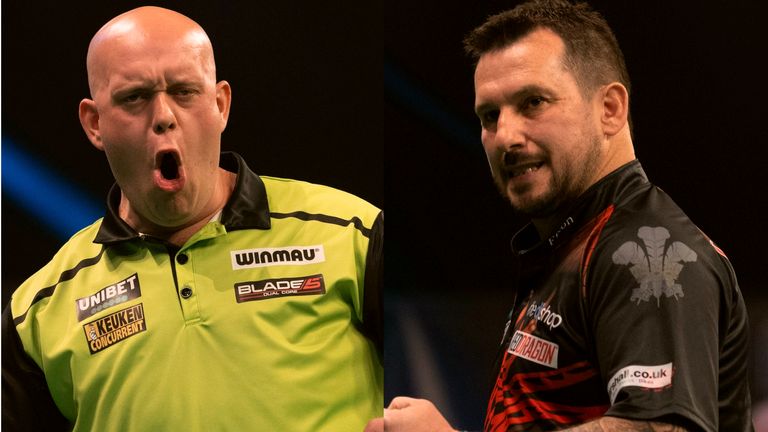 “Credit to Jonny Clayton. He had a massive wobble over the last two nights and tightened up against Peter Wright. To turn in a performance like that, it shows what he can do and it will give Michael van Gerwen plenty of food for thought.

“Jonny is not afraid to beat Michael van Gerwen. He has done it on numerous occasions, he has done it a lot on big stages, so it will be a fascinating opening semi-final.

“I think it would be one of Michael’s greatest wins in terms of what he has been going through. His dominance seems to have gone so if he can lift the Premier League trophy, it will be some achievement for Michael, but it is a fresh start tomorrow – knockout darts.

“My head says Michael van Gerwen, but Jonny is going in there via the last spot. It is like that sixth-spot play-off in the Championship – they go in on a free ride so I think he will be relaxed tomorrow.” 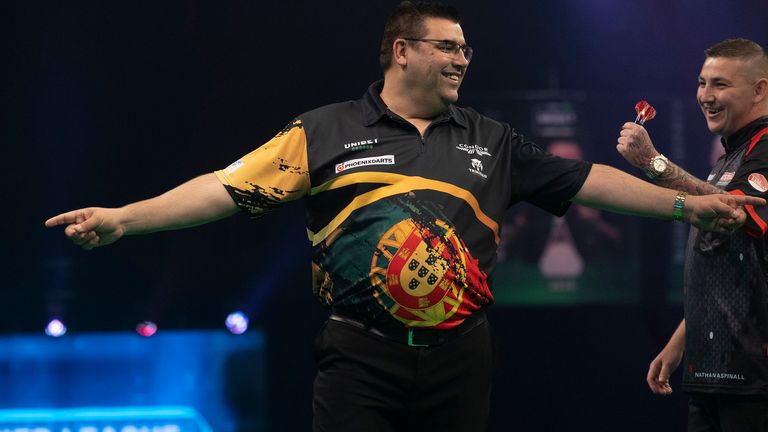 “Jose stamped down a marker and he has given Nathan plenty to think about. There is nothing worse than being beaten by a player and then you draw them in the next tournament, but to play him the next day is a psychological issue that Nathan is going to have to deal with.

“It’s a great line-up. Nathan Aspinall likes the energy of the crowd. His walk-on is amazing and the crowd get behind him. He has been one of the players in the last 12 months that hasn’t kicked on and he’ll admit that. He hasn’t had the results he wanted playing behind closed doors.

“I think Jose wins, but I hope Nathan proves me wrong. I really like the lad. I get on really well with him and I love watching him play because he’s a role model to players out there. He gives it everything, whether he averages 80 or 100, he never gives up.

“Straight away we have fans back and Nathan makes the final four. There’s evidence to back up his argument. He likes the fans there. He is in the semi-finals, he got there last year so he knows what it is all about, but he’s going to have to put in some performance.”

Who lifts the title? 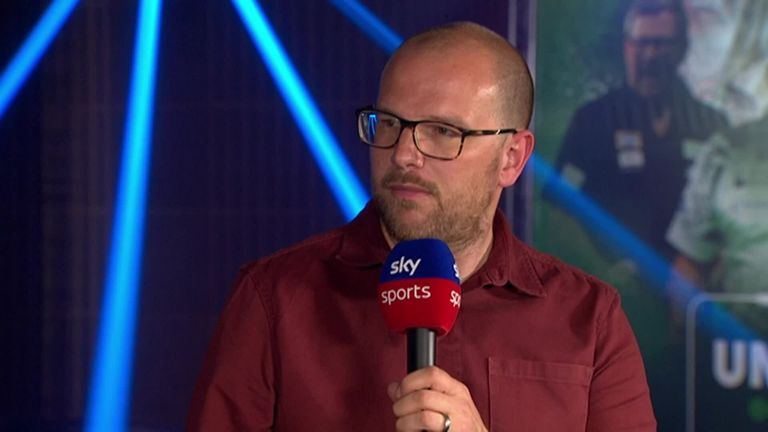 “I think it will be a Michael vs Jose final and Michael will win. Jonny and Jose are so dangerous because they are very relaxed, but Michael van Gerwen rarely gets it wrong on Finals Night.

“Michael has had so much experience of it and because of what happened last year, I think it amplifies what he wants to achieve tomorrow and I think he will lift the trophy.” 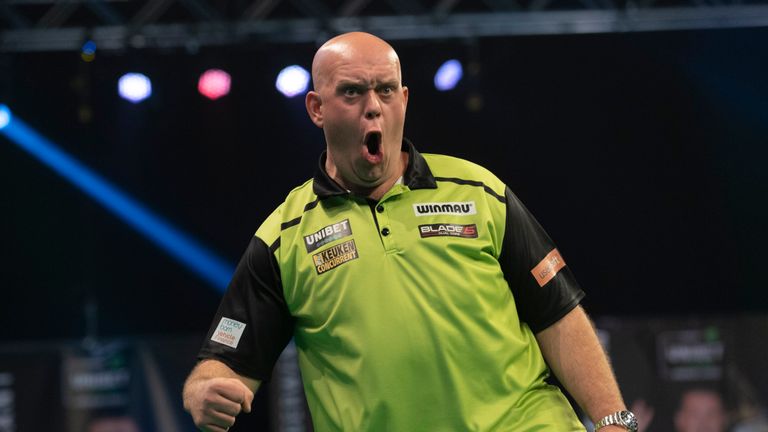 It has been a case of normal service resumed for ‘The Green Machine’ in 2021, as he topped the league phase for the eighth time in nine seasons.

Having finished at the summit in his first seven campaigns, Van Gerwen suffered the ignominy of missing out on play-off qualification last term, courtesy of an abject second-half of the season which left him languishing in sixth position.

It has been a tumultuous 12 months for the Dutchman. His Players Championship Finals triumph in November constitutes his solitary major title within the last year, therefore Premier League success would represent a significant landmark.

The 32-year-old has been plagued by inconsistency throughout this year’s campaign, but it is indicative of his quality that he has still secured top spot, and six wins from his last seven fixtures constitutes the perfect preparation for his assault on a sixth Premier League title. Portugal’s Man O’Scores has been a wonderful addition to this year’s Premier League, and the 46-year-old is one of two debutants to secure a coveted play-off place.

De Sousa appeared in genuine danger of elimination after going four matches without a win to kick off his campaign, but he has enjoyed a terrific run since, losing just two of his last 13 matches to record a second-placed finish.

‘The Special One’ is renowned for his prolific maximum hitting and he has lived up to the billing in this year’s Premier League, shattering Gary Anderson’s tournament 180 record that has stood since 2011, when ‘The Flying Scotsman’ lifted the title on debut.

De Sousa’s maverick approach has thrilled fans throughout the 16 nights, but his unconventional style can also cost him on occasion. If he’s to become the latest debut winner, mistakes must be at a premium. 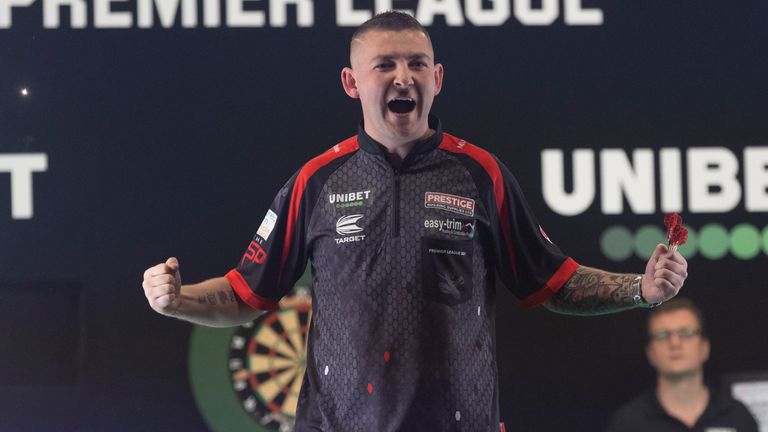 ‘The Asp’ is appearing at Finals Night for the second consecutive Premier League campaign, and he is the only member of last year’s semi-finalists to feature in Friday’s final four.

The former UK Open champion was tipped by many to be embroiled in an elimination battle following his underwhelming form since reaching last October’s final, but he has revelled in silencing the doubters.

One of Aspinall’s most admirable qualities is his tenacity – he relishes the battle, typified by taking three points from a possible four against Van Gerwen, while also defying a record-equalling 11 maximums from De Sousa on Night Four to salvage a point.

The 29-year-old has also been buoyed by the return of fans in Milton Keynes, but having succumbed 8-3 to an inspired De Sousa on Thursday, he’ll be hoping to turn the tables on ‘The Special One’ on Finals Night. The Ferret occupied a top-four berth across 11 of the previous 15 nights, but in a fascinating conclusion to the league phase, Clayton had to avoid defeat against Dimitri Van den Bergh to secure his play-off place.

The Masters champion described it as the biggest game of his career, and he duly delivered, posting his eighth ton-plus average of the campaign to deny ‘The Dream Maker’ and set up a semi-final showdown against Van Gerwen.

That prospect holds no fears for the Welshman, who has won seven of his 20 meetings against the Dutchman, including three of their last four. The pair traded victories in the league phase, yet this is unknown territory for the 46-year-old.

Nevertheless, the Welshman has demonstrated throughout this year’s showpiece that he boasts the heavy artillery to compete with anybody in world darts, and if he can replicate the clinical display he produced against Van den Bergh, the best may be yet to come for Clayton.