PREMIER LEAGUE chiefs do NOT expect a large-scale return of fans before February at the earliest.

League bosses confirmed virtually a full schedule of games for next month, including a 'split' list of matches shared across two midweek slots. 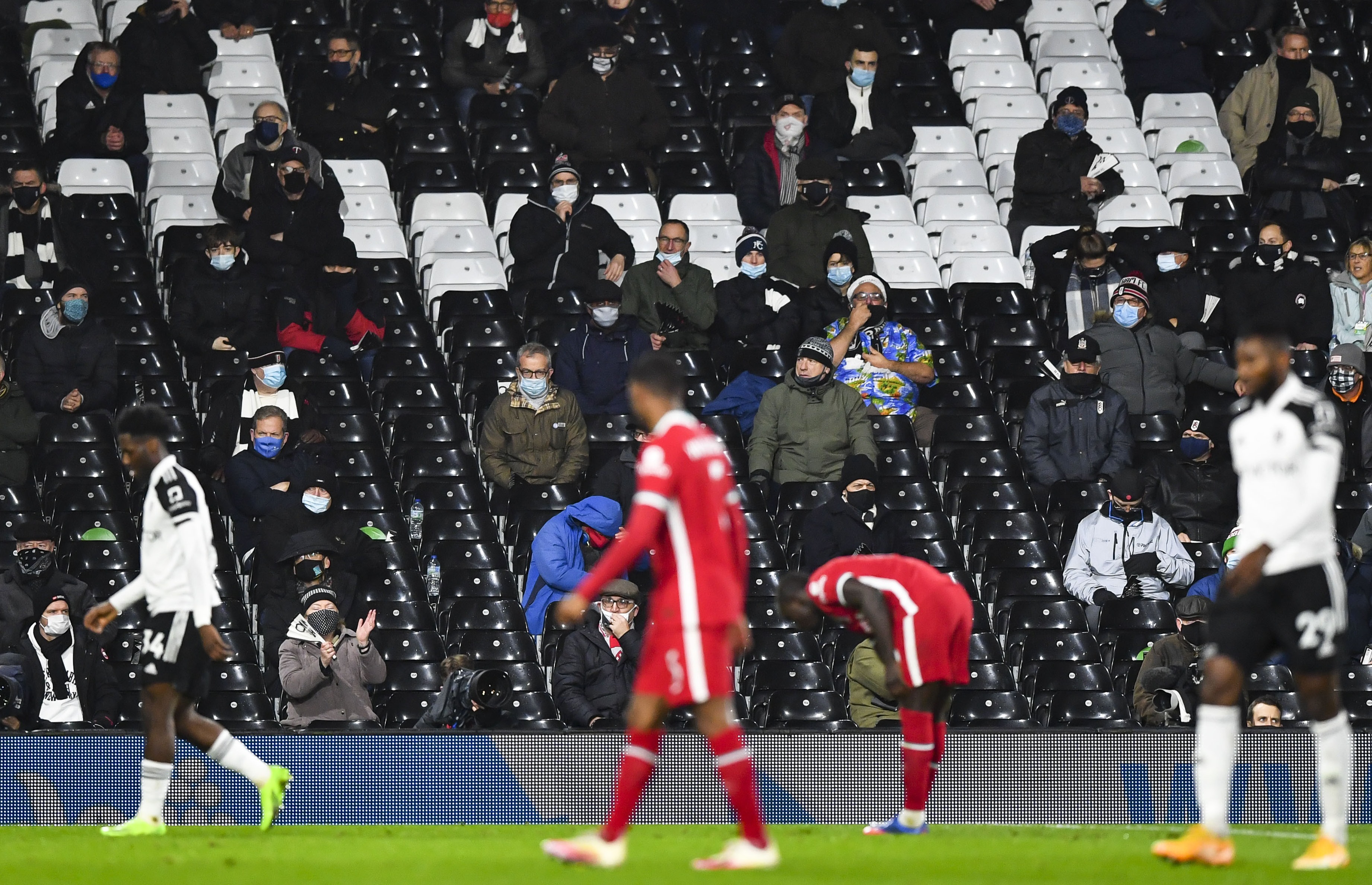 But with only four of the 20 top flight grounds now able to open their gates – and then only to a maximum of 2,000 home fans – league chiefs recognised the need to meet supporter demand to see their teams.

It means all 50 Premier League games scheduled for next month now have a fixed slot and TV broadcaster.

The only exceptions are the four matches currently still due to start at 3pm on Saturday January 30 – although three of those will be moved.

A statement read: “The broadcast arrangements for games after Match Round 20 (on January 30 and 31) will be reviewed in the new year.

"[It will follow] consultation with clubs, broadcast partners and in line with any decisions made by Government regarding the return of spectators to stadiums.”

Fears of greater coronavirus restrictions in the New Year, which could see the entire country facing clampdowns and all stadia again closed, are growing.

That would deny any fans the chance of watching some of the most eagerly-awaited games of the season, including Tottenham’s home games with Liverpool and Chelsea, as well as the Blues January 3 match against Manchester City.

Liverpool’s home clash with Manchester United has been moved to Sky’s preferred slot of 4.30pm on Sunday January 17.

Of the 46 matches with confirmed kick-off times, Sky will broadcast 25 and BT Sport 19 – including all ten games between Tuesday January 26 and Thursday January 28.

Amazon Prime will show West Ham against Burnley at 3pm on Saturday January 16.

Tottenham’s trip to Brighton, moved to Sunday January 31 at 2pm, has yet to be allocated a broadcaster.