Pressure? ‘Oh yeah, whatever,’ says Titmus ahead of Tokyo showdown

The familiar refrain ahead of an Olympic Games is there is too much pressure on the Australian swimming team, especially the younger members, to perform on the grand stage. We’ve all seen it take its toll, emotionally and in the final results.

In an age of athlete welfare, the sense of self-preservation from the athletes and their coaches has been heightened like never before. Few are reading the stories in the media about their chances. All are doing their utmost to remain in stealth mode until the racing begins. 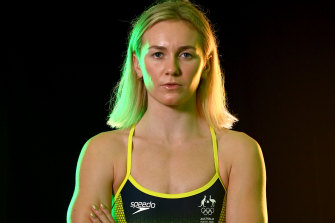 And then there is Ariarne Titmus, the impossibly level-headed world champion freestyler. Nobody on the Olympic team is heading into a match race that can even go close to matching the hype of her 400-metre showdown with American great Katie Ledecky, yet she is treating it all like just another day at the office.

It isn’t, of course, because Tokyo will represent the biggest test of her career as she chases Olympic gold against the standard bearer of distance freestyle racing. The build-up will only intensify as the contest draws closer, yet Titmus, still just 20, barely raises an eyebrow when she sees the headlines or bulletins.

“I think the pressure that I put on myself and my coach puts on me to perform is higher than the pressure I feel from the public. And honestly, I don’t know whether it’s something in my mind or the way I am, but I don’t feel the pressure too much,” Titmus said.

“Like, I see things and read them but I just kind of go like, ‘oh, yeah, whatever’. They’re not the ones that have to do the race. And I kind of look at it that way. Pressure is a privilege and it’s something that I have to use to help me swim fast. 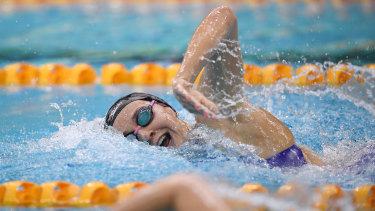 “And I know that when I’m nervous and excited it means that the race matters and I’m going to get the best out of myself when I feel that energy. So I just have to take it all in and utilise it as best as I can and hope that I could perform for our country.”

Turning potential into performance has been difficult for the Australians at recent Games. No women have won individual gold since 2008 but with Titmus and other fearless young racers like backstroker Kaylee McKeown at the vanguard of a new wave of swimmers, that may be about to change.

Titmus has already met Ledecky and delivered when it counts, beating her into silver in a memorable 400-metre freestyle final at the dramatic 2019 FINA World Championships. Her achievement was overshadowed by Shayna Jack’s anti-doping violation and Mack Horton’s podium protest but it remains one of the greatest feats of any Australian swimmer.

And any thought of her being an outsider in the 400 metres and possibly the 200, which Ledecky may yet scratch from her program, were torpedoed when Titmus produced a pair of world-leading swims at the Olympic trials in Adelaide in June.

Titmus has since gone back into camp with the Dolphins and has been watching and reviewing every aspect of those swims. With a full taper under her belt, there’s no reason she can’t bring home a pair of individual golds from Tokyo, quite possibly with some world records in her luggage.

“I was quite happy with my performances. I didn’t expect to swim as fast as I did in one of my races. The biggest thing for me is looking at where I could still try and find improvements. I’m going to have to be absolutely at my best form to obviously win this,” Titmus said.

“Katie’s in the field and she’s the reigning Olympic champion [in the 200 and 400] so it’s going to be a tough one to get my hand on the wall first but I definitely hope that I can be in the mix.” 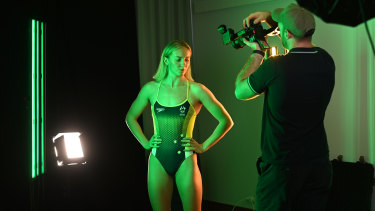 Ariarne Titmus thinks she can go even faster in Tokyo.Credit:Delly Carr/Swimming Australia

Titmus was out on her own in the 400 metres at trials but with Ledecky certain to be either leading or pushing her on every stroke, she believes she can go faster than ever. It’s tricky to set the pace when there’s nobody to race, which is ironically the issue Ledecky had for years in one of her pet events.

“I also think that when I have someone next to me, hopefully the race will help me swim faster. It’s very tough to be out on your own and kind of you have to run on instinct and understand where you are by feeling. So having someone next to me, I hope it will push me along even more.”