Somehow the referee didn't wave the fight off after a crunching overhand right from Pulev had Mir stunned. 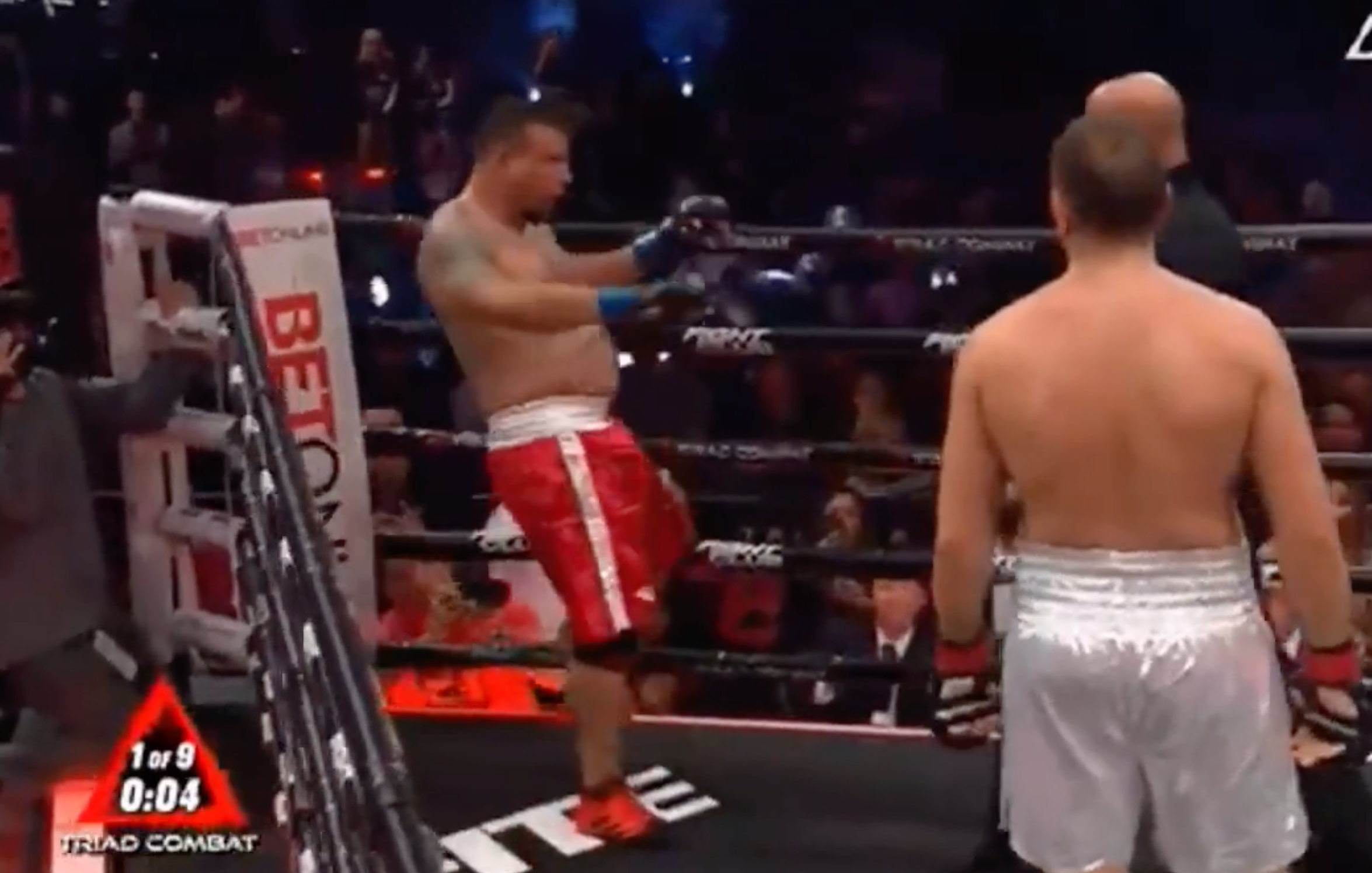 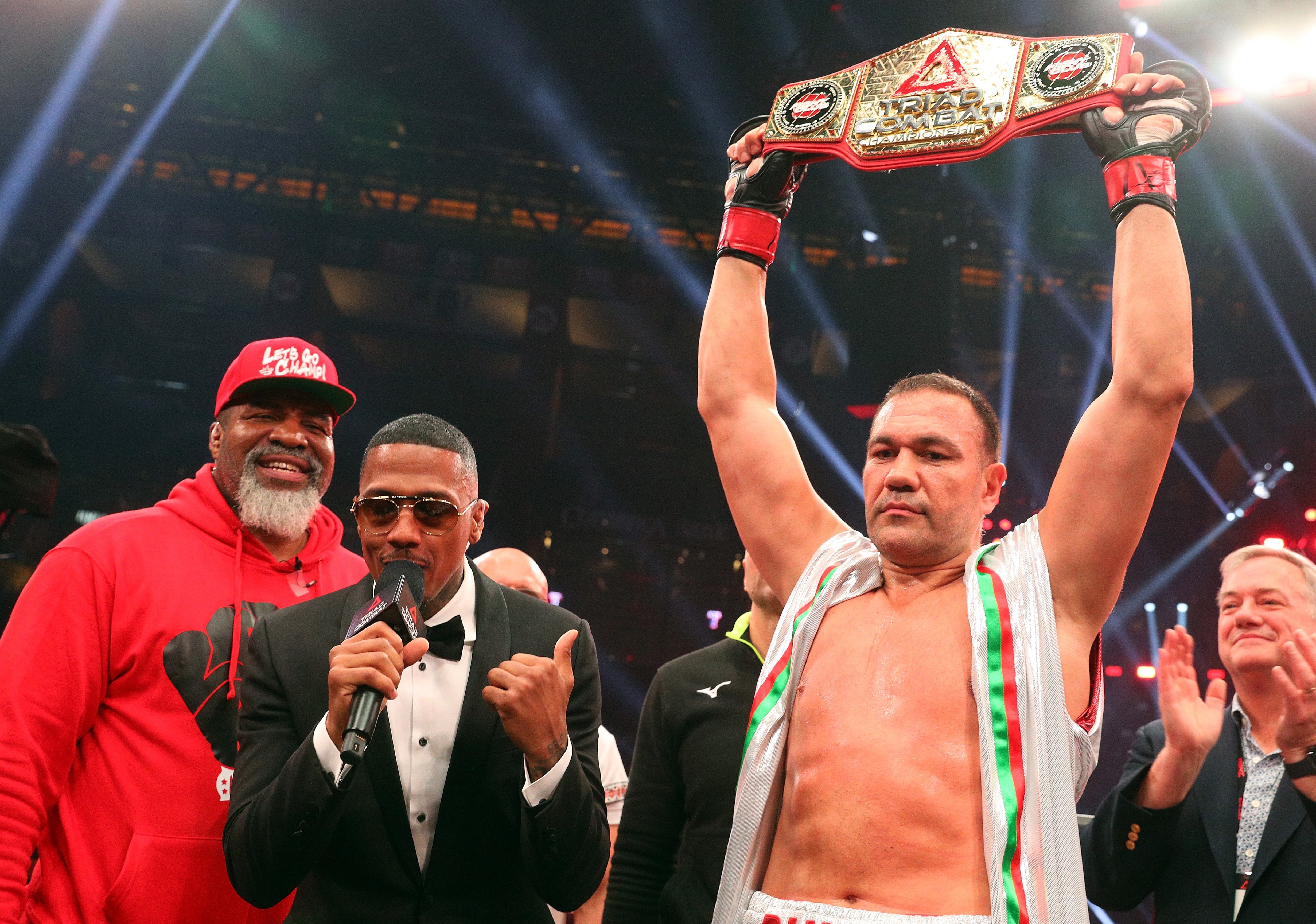 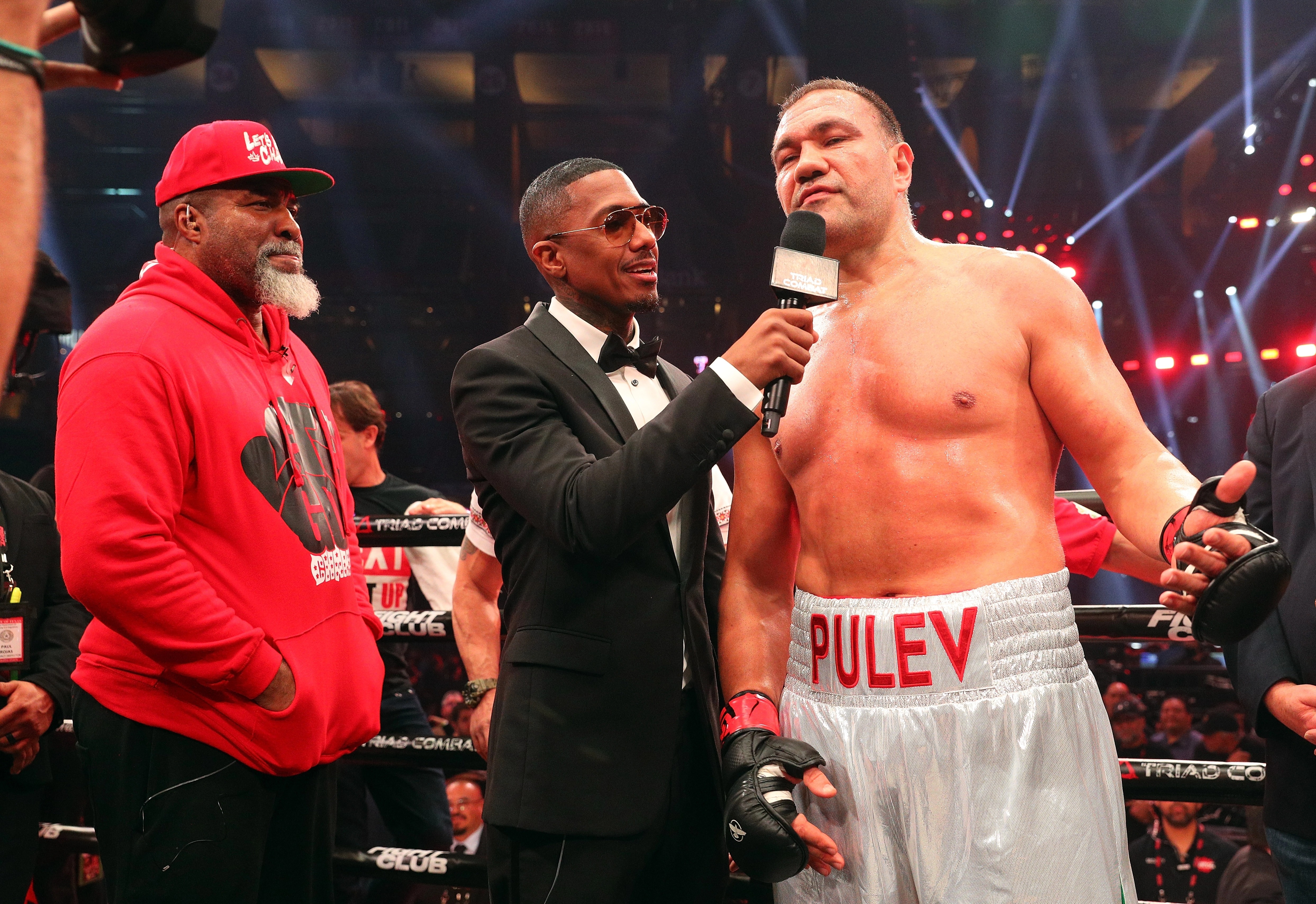 Pulev, 40, then missed with a fierce uppercut but connected with a brutal left hook that had Mir careering backwards and onto the ropes.

Still referee Dan Miragliotta did nothing, and it took Pulev showing mercy not to pile in with more follow-up punches for Miragliotta to finally wave off the fight.

Pulev and Mir were facing off in Texas in a Triad Combat Rules fight.

Both fighters wore the lighter MMA gloves, and were allowed to hit and hold in a triangular shaped ring.

It was Bulgarian Pulev's first fight since being stopped by Anthony Joshua in December last year.

And fans were left stunned that the referee had not spared the 42-year-old Mir sooner.

One fumed: "Disgraceful refereeing. That kind of thing will get boxing stopped."

Meanwhile another said: "That ref need to have a look in the mirror. If Pulev had have gone back in and launched him again Mir could have been seriously injured."

Pulev himself was also praised for spotting Mir was not fit to continue and held back before the fight was eventually waved off.

A fan lauded him by saying: "Credit to Pulev, showed mercy."

The Bulgarian will now reportedly turn his attention back to conventional boxing,and could find himself facing off against 36-year-old Brit Joe Joyce.

Pulev's promoter Ivaylo Gotzev told Sky Sports: "We've been getting a lot of offers. Joe Joyce is looking for us.

"Kubrat is definitely not a stepping stone for no-one, so we're going to pick and choose our battles, and get him back to where he feels great.