Rafael Alves misses weight by almost a FULL STONE in UFC record as he tips scales 11.5lb over featherweight limit

RAFAEL ALVES missed weight by almost a FULL STONE – breaking the UFC record as he tipped the scales 11.5lb over the featherweight limit.

The Brazilian was due to face Pat Sabatini on Saturday night but the bout was scrapped following the disastrous weigh in. 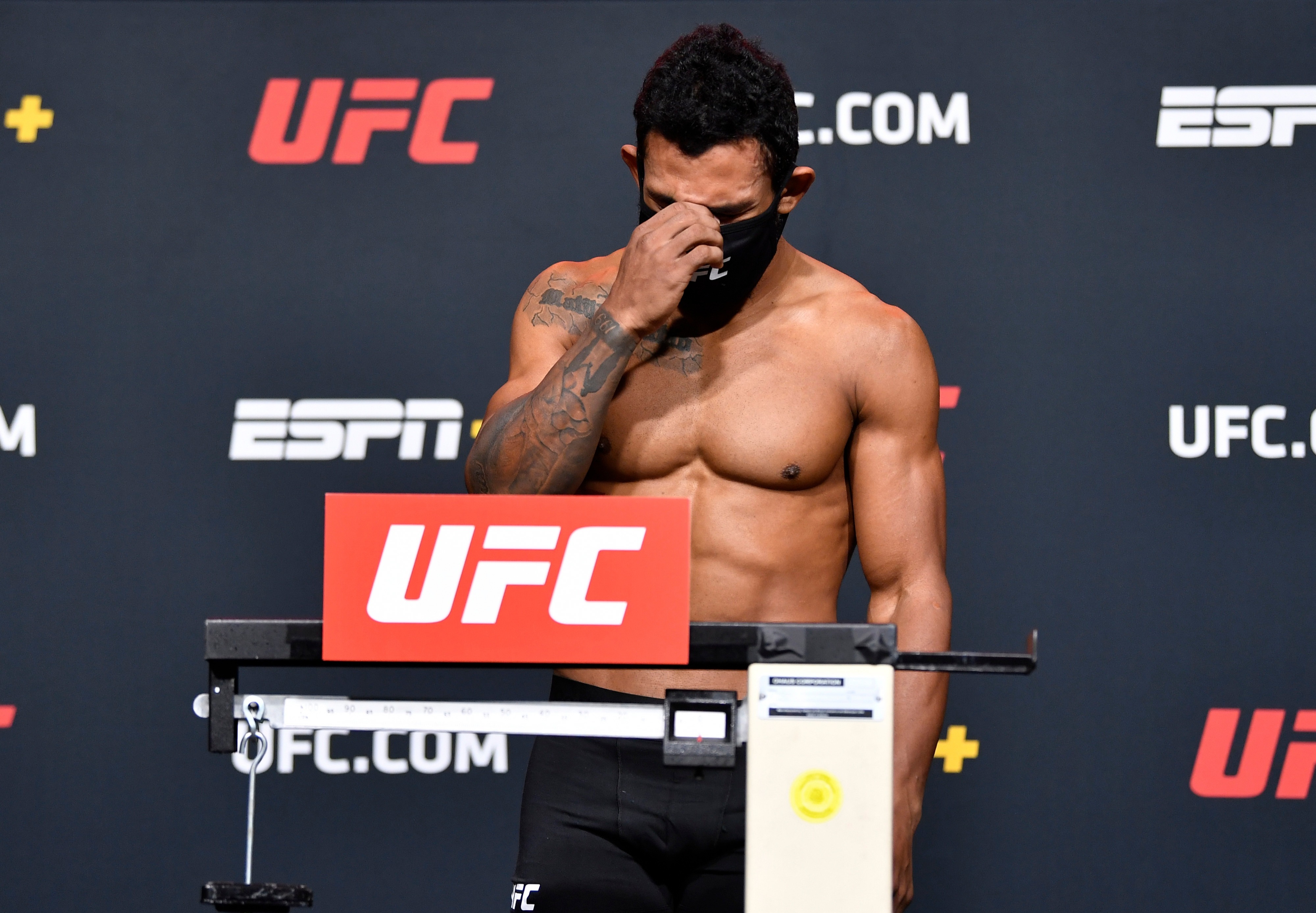 Alves came in at 157.5lb missing the 145lb mark by a record breaking number.

Johnson was contracted at the middleweight non-title limit of 186lb, but he scaled at 197lb, 11lb over.

Alves, 30, addressed his disaster on the scales and cited health issues as the reason why he fell so short.

He wrote on Instagram: “Guys, I fell ill during my weight cut and my fight was cancelled.

“I’m sorry, but my health above everything.”

Alves has campaigned mostly in the 155lb lightweight division during his 19-9 career.

But on his UFC debut in August,he stepped down to beat Alejandro Flores on Dana White's Contender Series.

Alves claimed a dodgy salmon meal on Thursday caused him to fall ill and rehydrate his body.

He told MMA Fighting: “I ate salmon yesterday and fell ill, [had] vomit and diarrhea, so the doctor said I had to treat it with [drinking] water.

“I only had 2kg [4.4 pounds] left to cut, [but] when I drank water my weight went up and got stuck, so the doctor didn’t clear me to fight.

"But God owns everything and He knows what He does.”

He is confident the UFC will not cut ties with him, but has told matchmaker Sean Selby he will campaign at lightweight from now on. 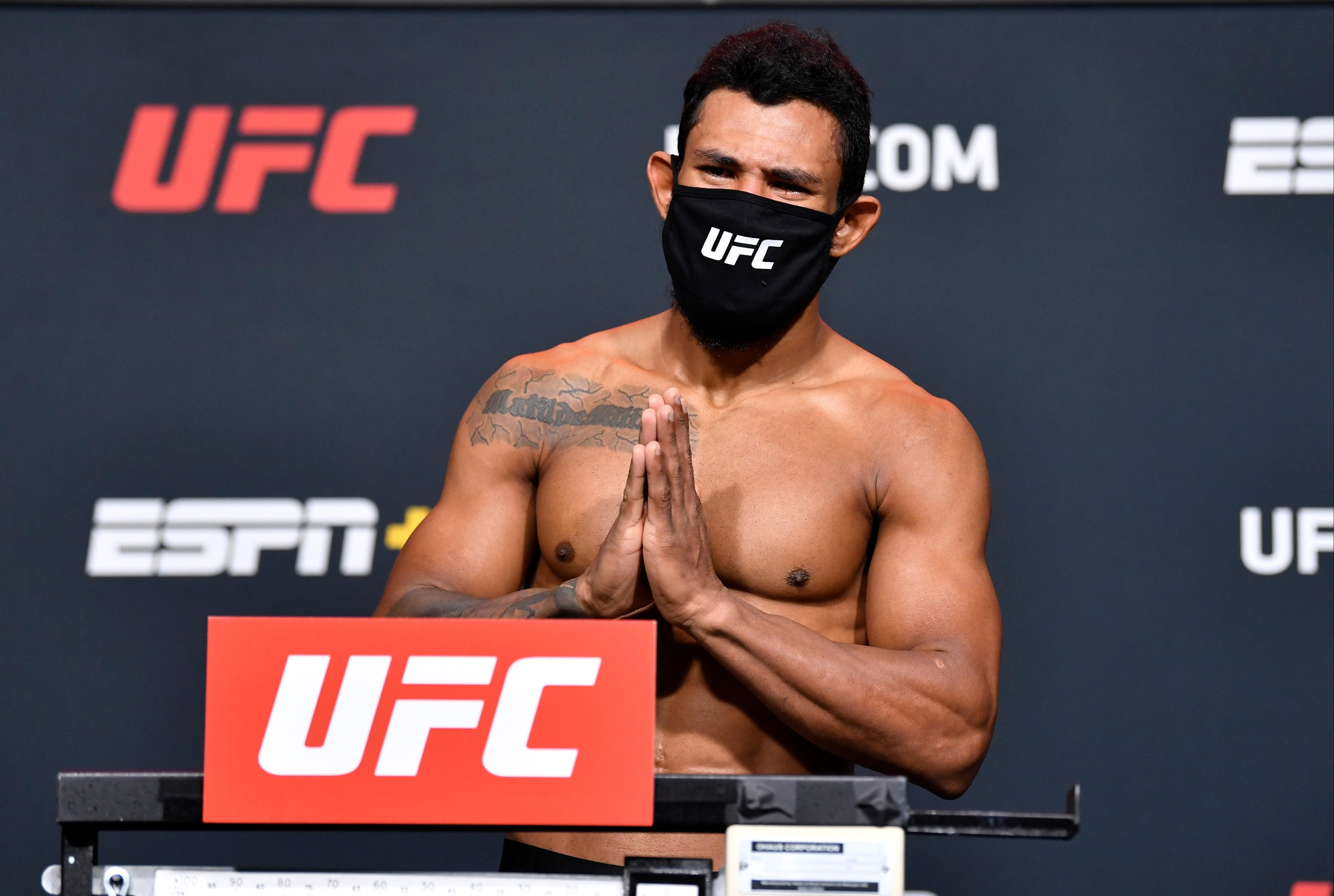 “He told me this has happened to champions before, and told name to fight at 155 and come back stronger.

"They won’t cut me because they had to change opponents and they were searching for a new one, some said they would fight at 155 and others at 145, so I didn’t focus on the guy I was fighting nor my weight.

“I know a lot of people are criticising me, but I don’t care. Jesus was God’s son and he was criticised despite all his power, so imagine me, a flawed man on Earth?

"But thank God the UFC hasn’t said they will cut me, so I’ll be back soon. They said I’m a showman that will give the UFC a lot of profit.”