READING CITY FC are causing a stir with their gut-busting £12.99 half-time Chinese takeaway.

The non-league outfit – not to be confused with local Championship side Reading – serve up a monster box of snacks that leaves rival fans sick as parrots. 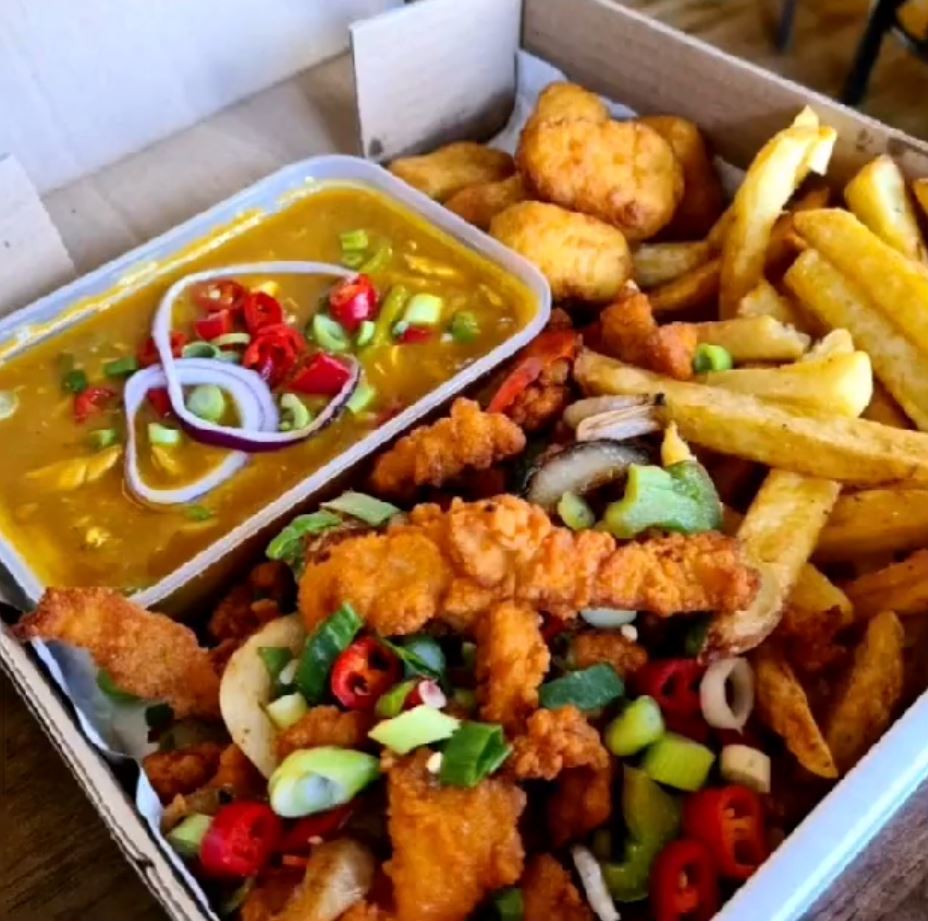 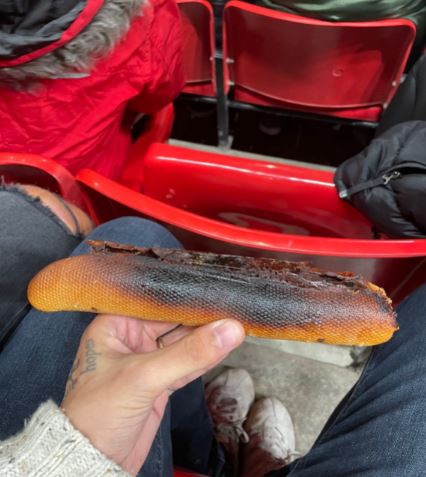 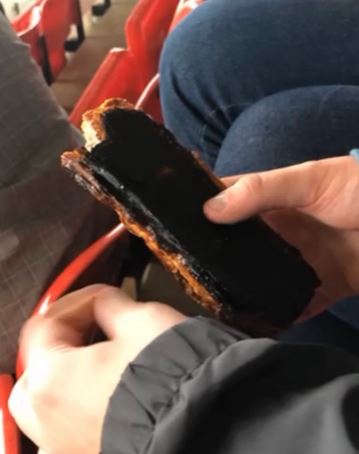 Many supporters make do with a lukewarm pie or cheap burger to plug a gap at half time, but chefs at Reading City FC show they are top performers in the box.

The oriental feast features a line-up of a carton of Chinese curry, nuggets, chicken strips, chips, all topped off with spring onions and chilies.

The club tells fans: "You’ve probably seen this week that our matchday cuisine has been a hit, and for just £12.99 you can purchase one of our famous Chinese selection boxes, we’d suggest that you arrive early to avoid disappointment."

The food comes in a box bearing the club's crest and has been lauded on Twitter page Footy Scran, a page that boasts over 60,000 followers .

One salivating fan replied to the slap-up meal on Twitter: "I'd miss the match for that!"

Meanwhile football giants Manchester United and Manchester City have been voted bottom of the league when it comes to match day grub.

Fans have been inundating Twitter page Footy Scran with snaps of their home game menu marvels – and away day horrors.

And the two Premier League giants get a kicking for their terrible offerings.

One fan shared a snap of a burned cheese and ham panini from Old Trafford for £4.70.

Footy Scran ruled: "Been on the grill since they won their last trophy."

And in response to the charred meal, one fan joked: "Ole's at the grill."

Meanwhile a banger at neighbours City was described as the 'hot dog of champions' but was £6.95 and the kiosk had run out of sauces.

The page said: "The audacity of them to call it the 'hot dog of champions'."

However down the road at League Two side Salford City, a fan shared a snap of a stunning-looking hot dog with all the trimmings – putting the Manchester big boys to shame. 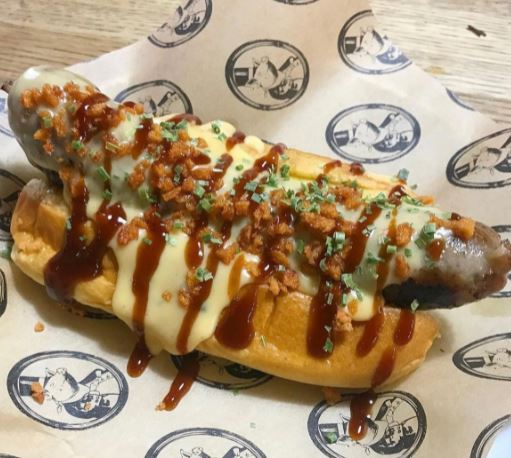 And Premier League rivals Arsenal got the thumbs up for a street food-style goat curry for £6.

But Leeds United’s meal deal of a pint and a bag of crisps for £4.50 was given a culinary yellow card.

Some of the best-looking fodder, if not the football, seems to be being served in the world of non-league football.

A hog roast at Poole Town for £3.50 and Tilbury FC’s giant burger and chips for £7 both look the business.

As does Avro FC’s sliced steak and chips and Merthyr Town’s sausage and chips and curry sauce served inside a cob and Hungerford Town’s Monterey Jack burger and fries for £7.

AFC Wimbledon sells chicken tenders topped with onions and laced with sauces for £7. 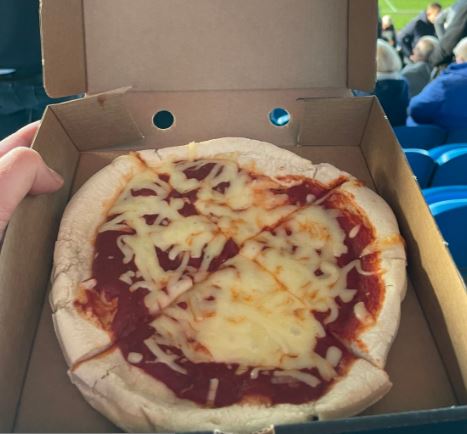 But Luton Town’s £4.10 cheeseburger looked well past its best and a fan at Burscough Town had created a pea dog with a pot of mushies and a bread roll.

Airdrieonians £2 sausage roll fails to tickle the taste buds, and neither does Carlisle United’s £4.50 Margherita pizza.

A supporter at Burton Albion was gutted after handing over £6 for a large roll containing a tiny sausage. 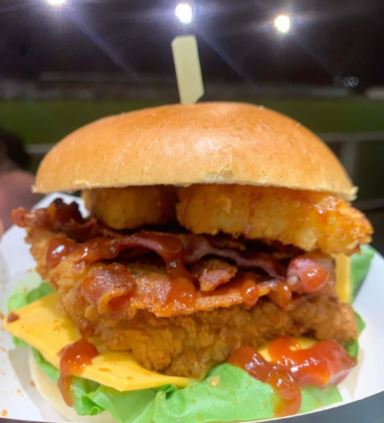 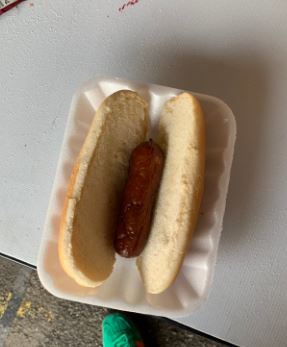 And supporters in Scotland can feast on Alloa Athletic’s pie in a roll classic buttie combo and Bonnyrigg Rose Athletic sell a donner kebab and chilli sauce pie!

Morecambe Town fans can have few complaints with their huge hot dog and a drink for a fiver and lowly Grimsby Town gets several mentions for its pulled pork nachos, loaded nachos and hipster hot dogs.

And even the German league gets a mention with plaudits for Borussia Dortmund and Hertha Berlin’s bratwurst offerings.