ZINEDINE ZIDANE was caught GRINNING in the background when Casemiro got revenge on James Milner in Real Madrid’s win against Liverpool last night.

Los Blancos dumped the Reds out of the Champions League with a 0-0 draw at Anfield, giving them a 3-1 aggregate win from the first leg. 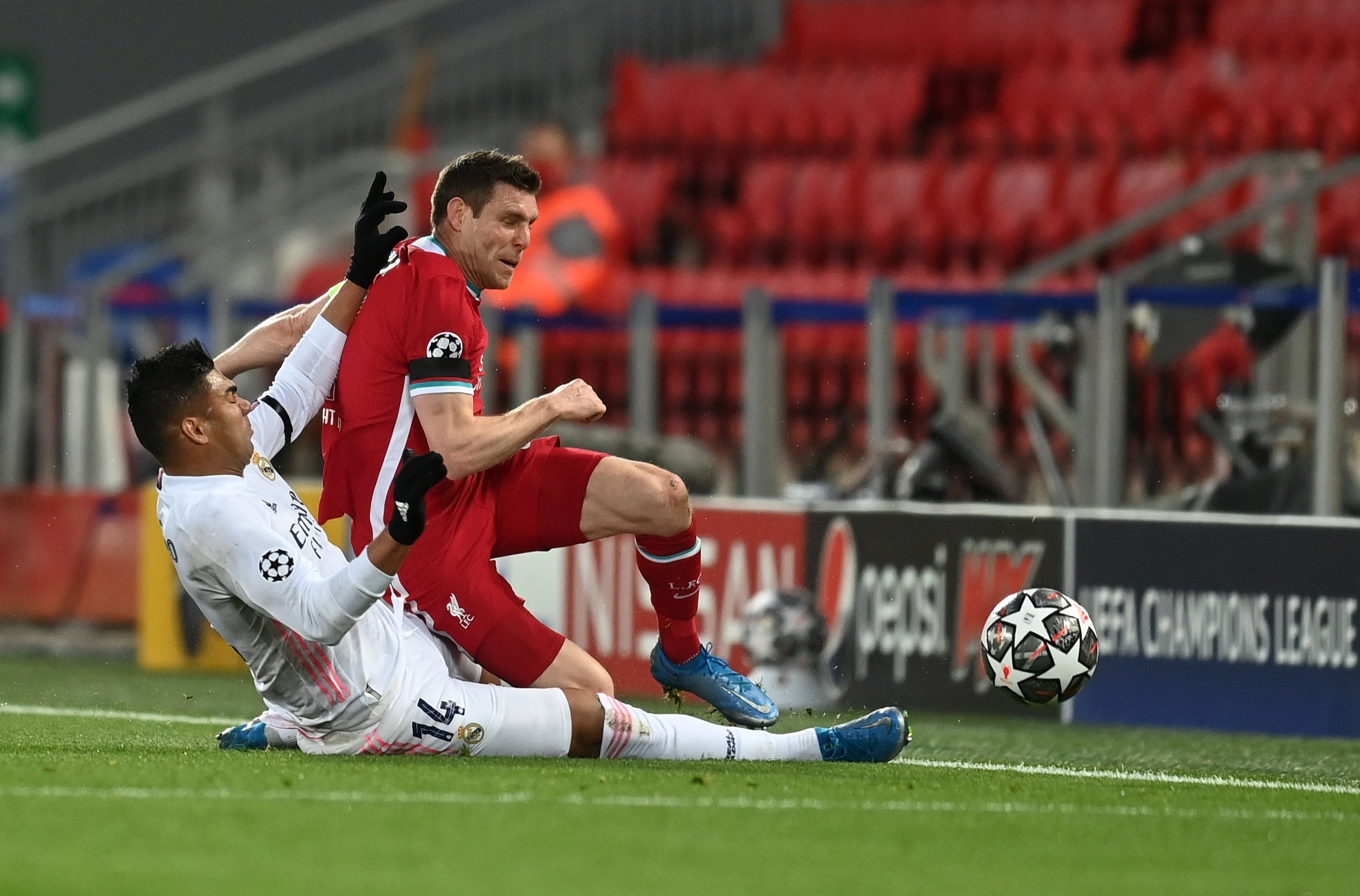 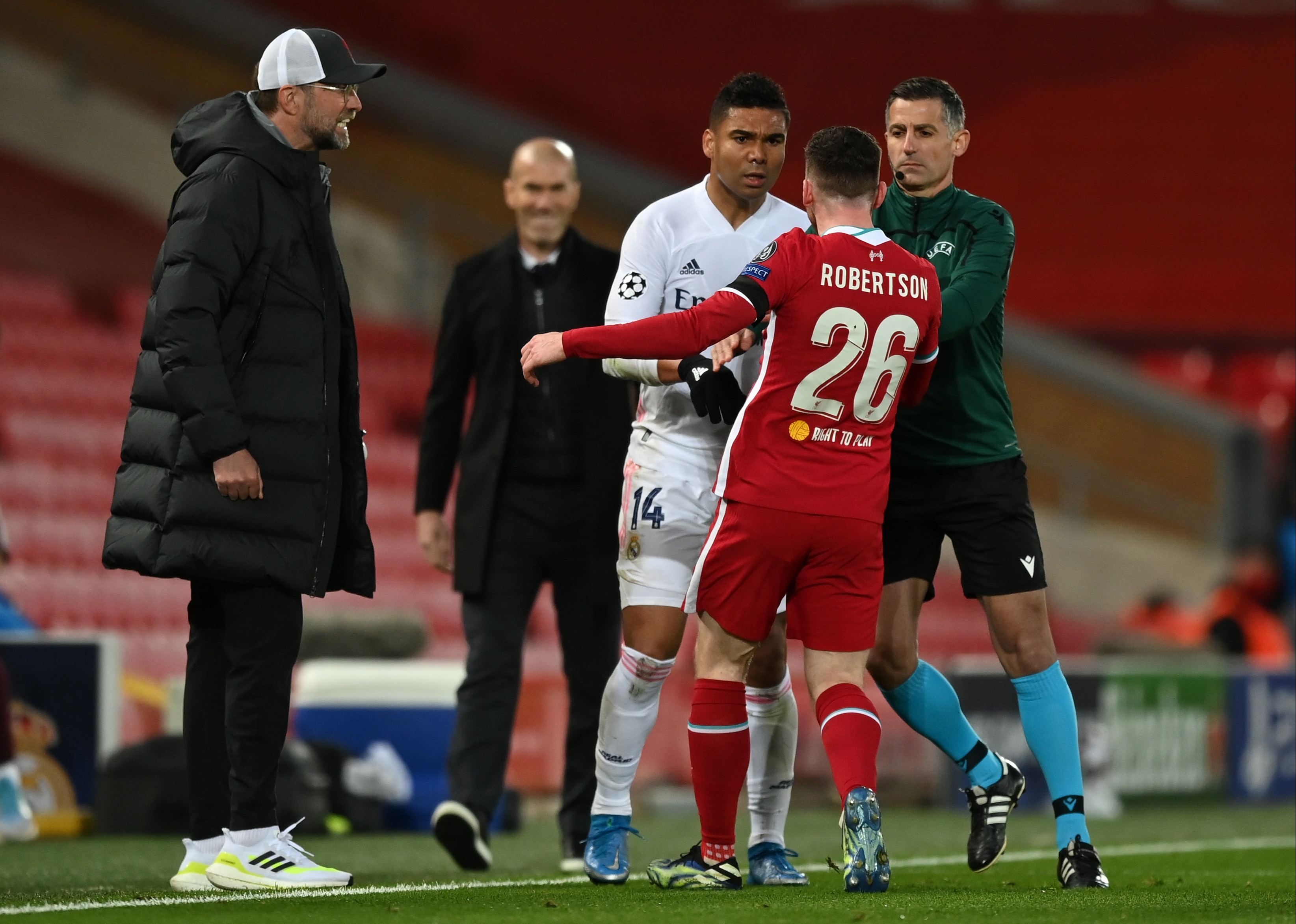 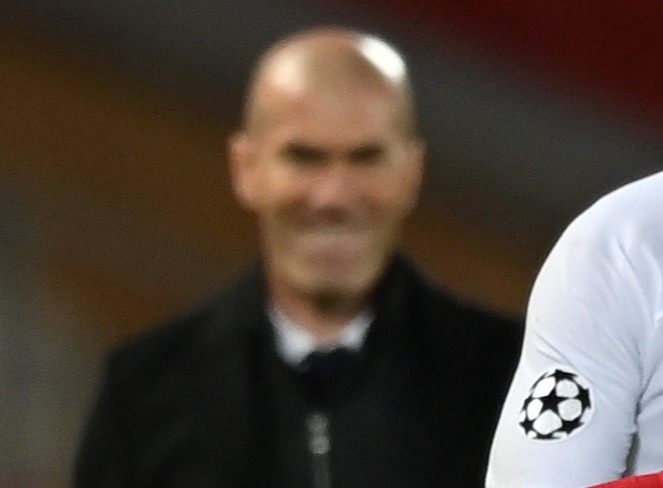 Both sides were dogged and determined as they produced a goalless display on Merseyside.

And Liverpool stalwart Milner set the tone early on with a crunching tackle on Real striker Karim Benzema.

The Frenchman was left in agony when Milner caught him on the ankle with a wild challenge.

Bizarrely, neither the referee nor VAR thought anything of it and let play continue as Benzema hobbled for the next few minutes.

However, Real had not forgotten about Milner’s wild tackle.

And Brazilian anchorman Casemiro exacted revenge later in the half when he produced his own lunge on the veteran Englishman.

The incident happened right in front of the touchline area, prompting Jurgen Klopp and the rest of his Liverpool staff to leap off the bench in protest.

But counterpart Zidane cut a cooler figure as Casemiro was shown a yellow card. 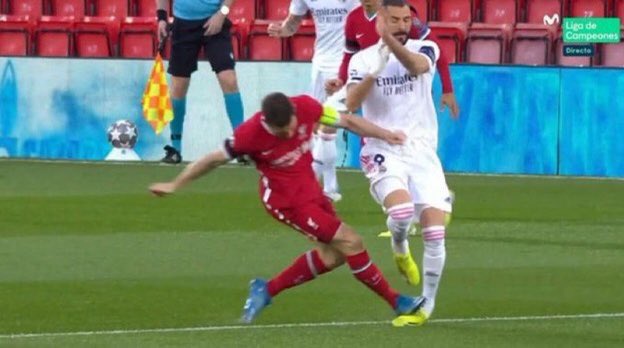 Indeed, upon closer inspection the French tactician could be seen with a wide grin on his face, clearly delighted that his team got one back in the wild challenges department.

Zidane’s smile was even bigger when the final whistle blew at Anfield.

And he will now be preparing his Real team for an even tougher challenge against Thomas Tuchel’s Chelsea in the semi-finals.