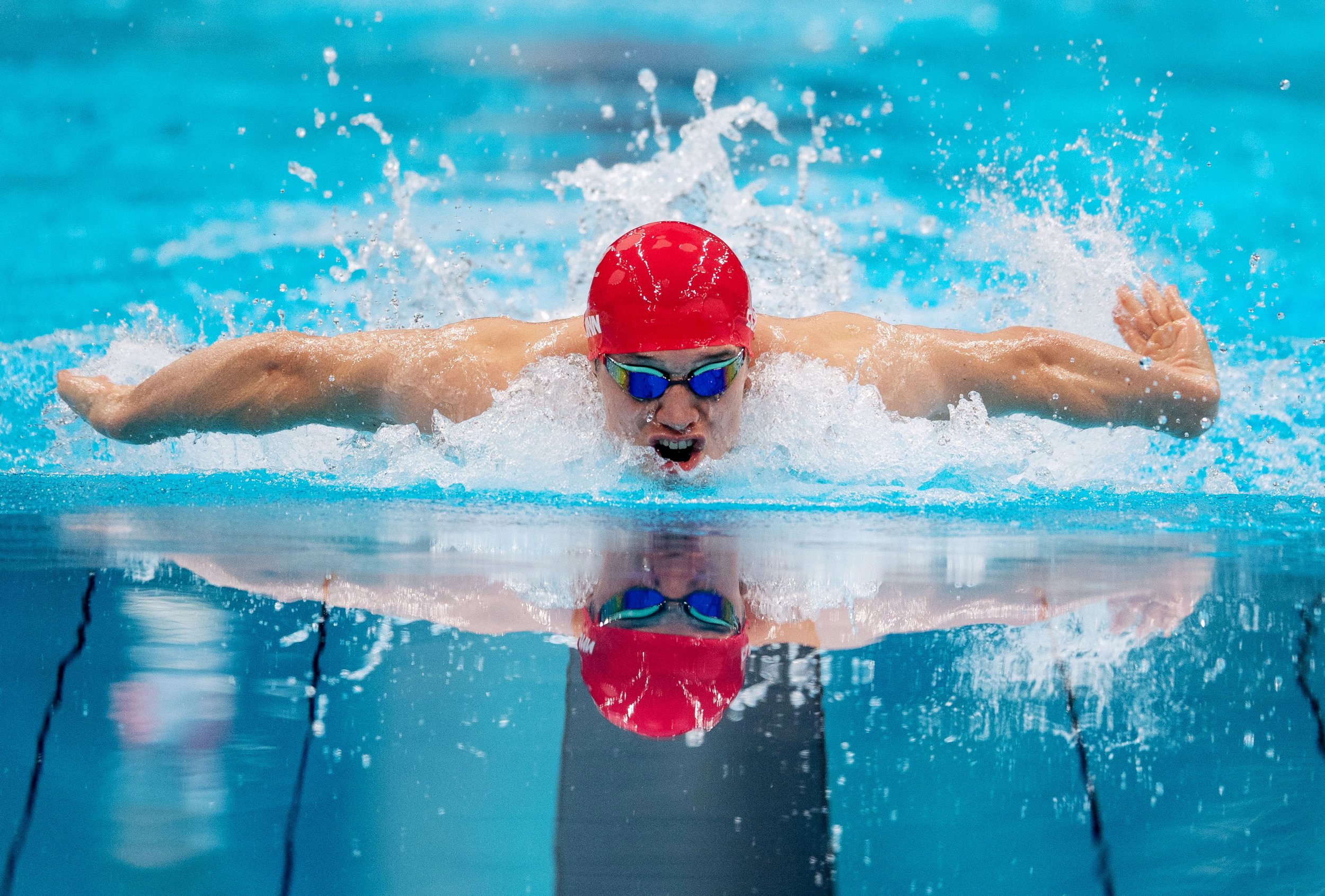 Paralympic debutants Reece Dunn and Toni Shaw claimed medals for Great Britain on day one of the swimming at the Tokyo Aquatics Centre.

World champion Dunn had to settle for silver in the S14 100m butterfly as Brazilian Gabriel Bandeira pipped him to first place with a Paralympic record of 54.76.

Earlier, 18-year-old Shaw won ParalympicsGB’s first medal of the Games in the pool, clinching bronze in S9 400m freestyle with a lifetime best of 4:39.32.
Plymouth Leander swimmer Dunn – the world record holder – finished 0.36 seconds adrift of Bandeira after falling short as he battled to overhaul his rival during a hard-fought second length.

The 25-year-old had underlined his gold credentials as the fastest qualifier, setting a Paralympic record of 55.99, which he and, crucially, Bandeira then subsequently broke in the final.

‘I’m a little bit disappointed with my finish, I lost it there, but still happy nonetheless,’ he told Channel 4.

Scottish swimmer Shaw was a convincing third-placed finisher in her race, touching the wall more than seven seconds ahead of fourth-placed Australian Ellie Cole.

She was 2.64 seconds behind the silver medallist, Hungarian Zsofia Konkoly, with Australia’s Lakeisha Patterson taking gold by the narrowest of margins.

Elsewhere, Britons Louise Fiddes and Jessica-Jane Applegate missed out on podium places in the S14 100m butterfly, finishing fifth and sixth respectively as Russian Valeriia Shabalina romped to gold in a world-record time of 1:03.59.

Paralympic champion Ellie Robinson, who will defend her 50m butterfly title next week, opted to withdraw from the S6 50m freestyle ahead of the heats in order to focus on her other events in the competition.