AS Reiss Nelson whipped in another dangerous ball to the feet of Eddie Nketiah to fire home Arsenal's second goal against Portsmouth on Monday, manager Mikel Arteta delivered a knowing nod.

It was the starlet's second assist of the FA Cup fifth round tie, and the Spanish boss decision to include the 20-year-old was justified. 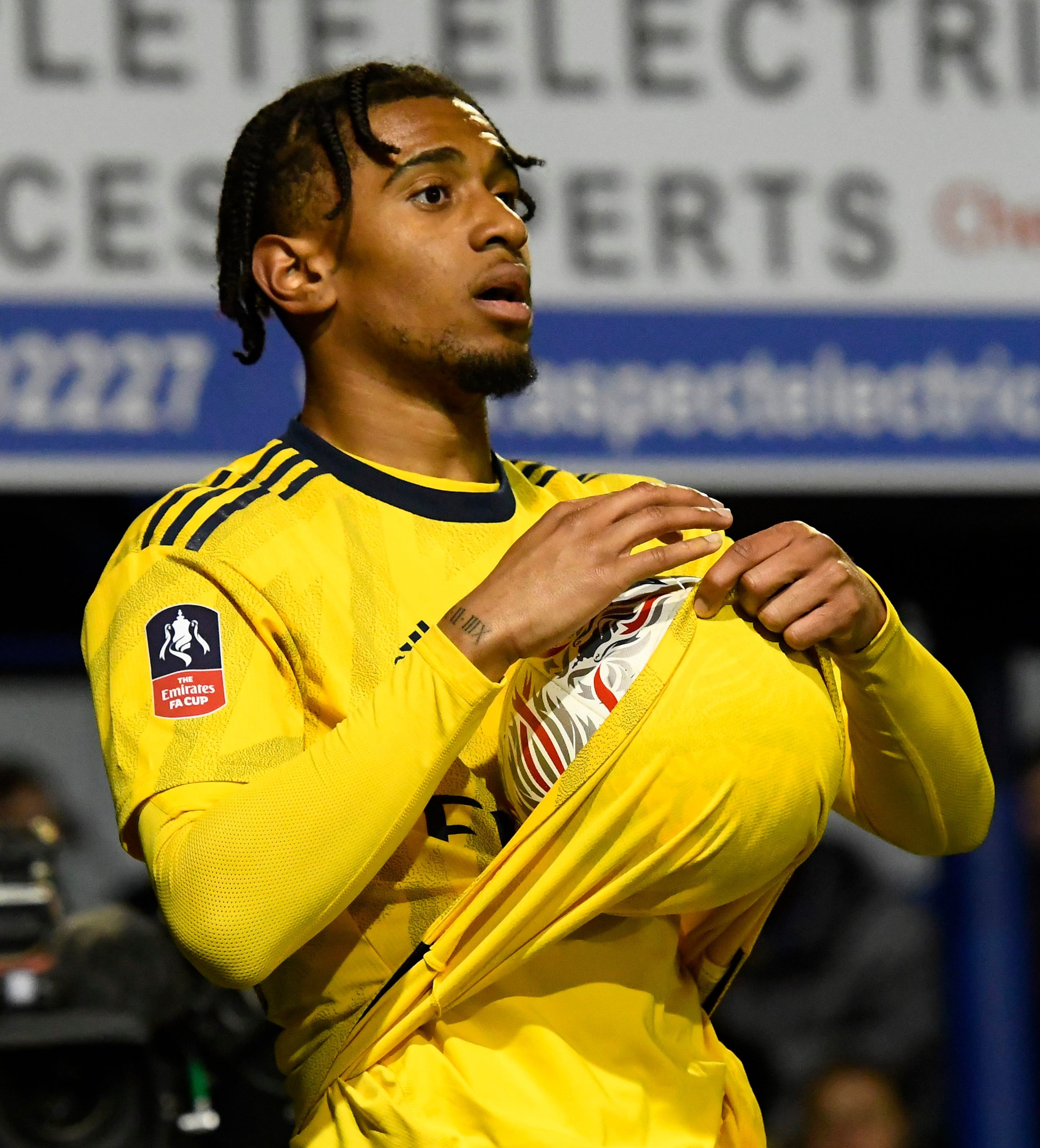 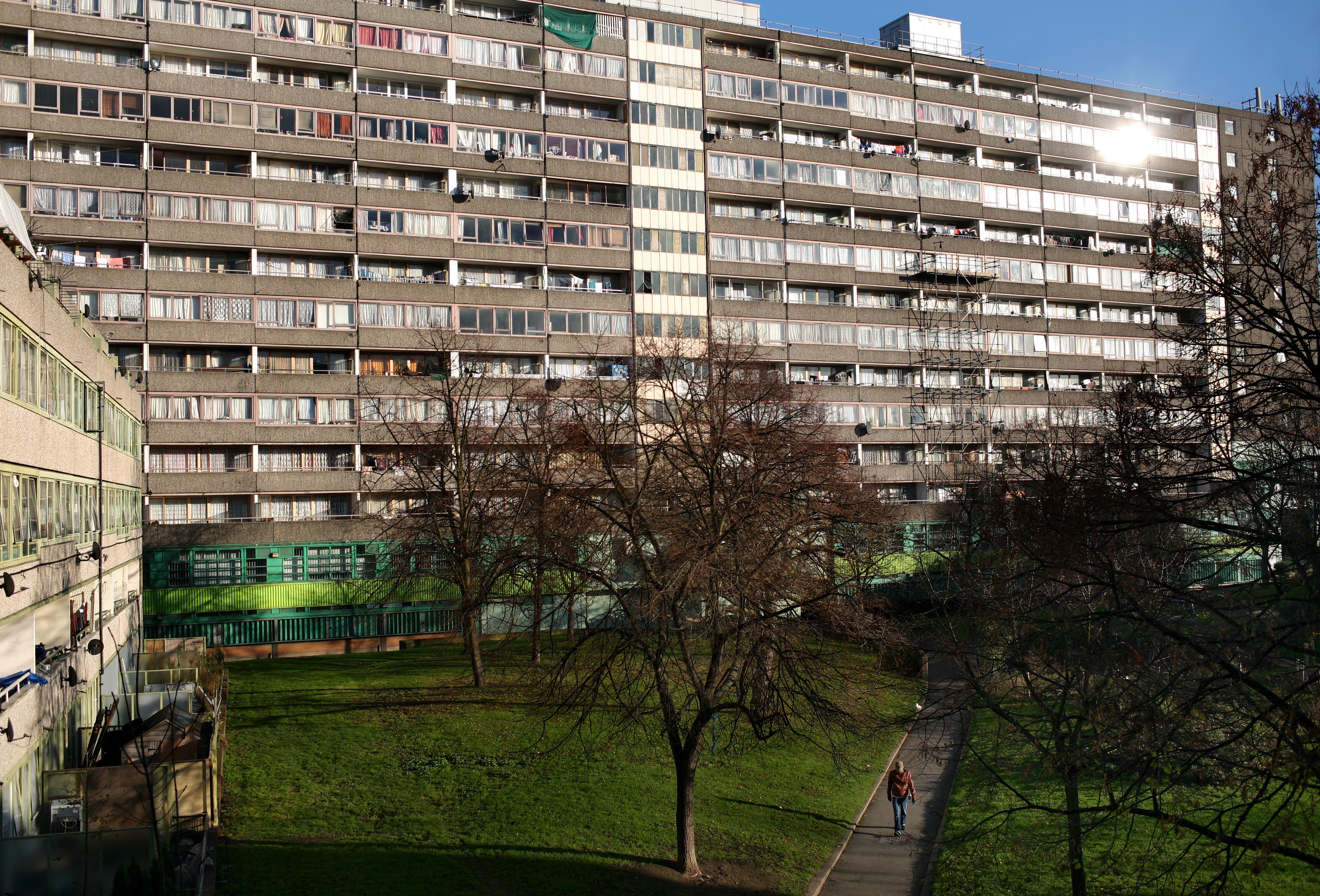 But it's not been an easy path to the Gunners' first team for the talented winger.

Born in Elephant and Castle, and raised in the sprawling Aylesbury Estate, nicknamed 'Hell's waiting room', he could've fallen into the wrong crowd if it wasn't for football.

Nelson has admitted in the past that he may have turned to a life of crime and gang warfare, hadn't he listened to the advice of his brother.

And it wasn't until he was loaned out to Hoffenheim last season that Nelson, childhood mates with Borussia Dortmund sensation Jadon Sancho, realised he needed to grow up.

Drugs, gangs, knife crime – the Aylesbury Estate in South East London has a reputation as being one of the roughest.

It was where Nelson grew up, and hadn't it been for the beautiful game he's well aware of where he could've ended up.

“It’s easy to say you’d be doing this and that, but I’m from a neighbourhood where I don’t know what I’d have been doing if I didn’t have football," he told the Evening Standard.

“It could be drugs or involvement in gangs, things like that. A lot of the time it’s like that in South London." 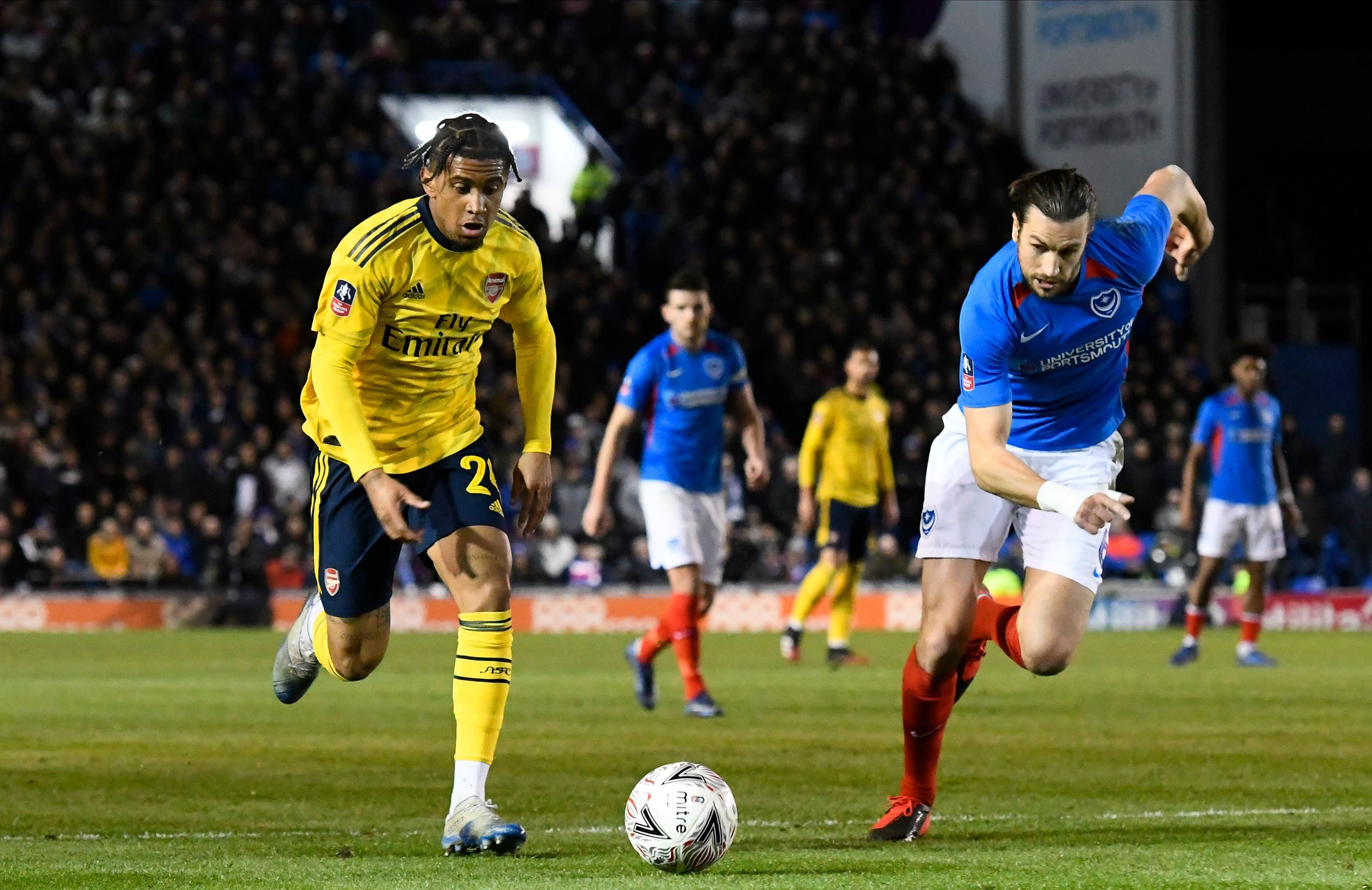 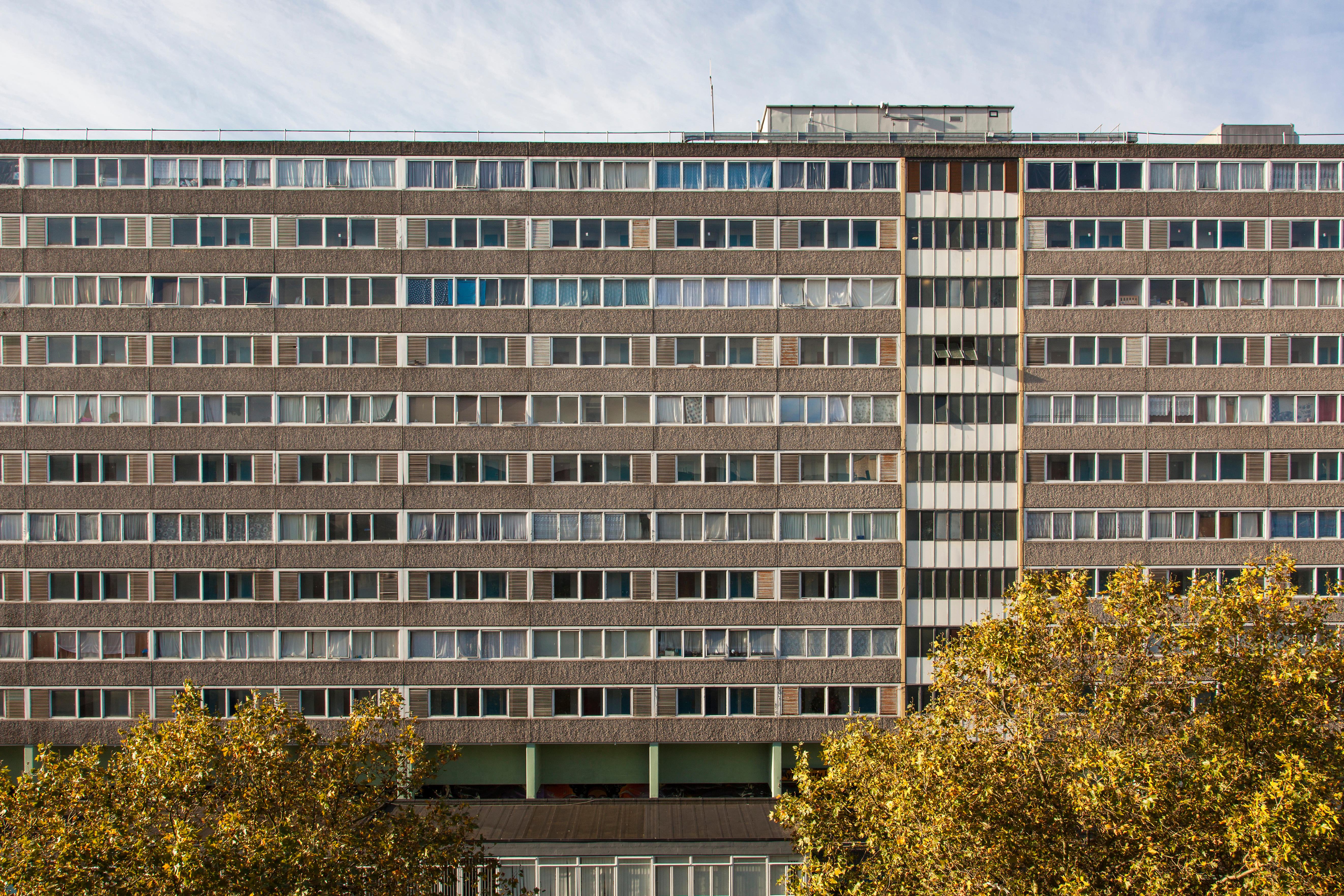 BIG BROTHER IS WATCHING YOU

But it was Nelson's older brother Ricky, a youth worker, who steered him in the right direction, after realising Reiss was blessed with a footballing talent he couldn't waste.

“My brother was a big influence on me, he always pushed me in that direction of just playing football and that’s it,” Nelson revealed.

“My brother would always have his arm round me to keep me going in the right direction. I think that’s helped me and without him I don’t know if I’d be here today doing the good things I’m doing for Arsenal.

“From a young age as a kid you always want to be the best, of course, but it’s so hard to always do the right stuff like go to sleep on time, go to training and have the right people around you.

“But  my brother was the one drilling it into my head that he didn’t want anyone to distract me so he was always there.” 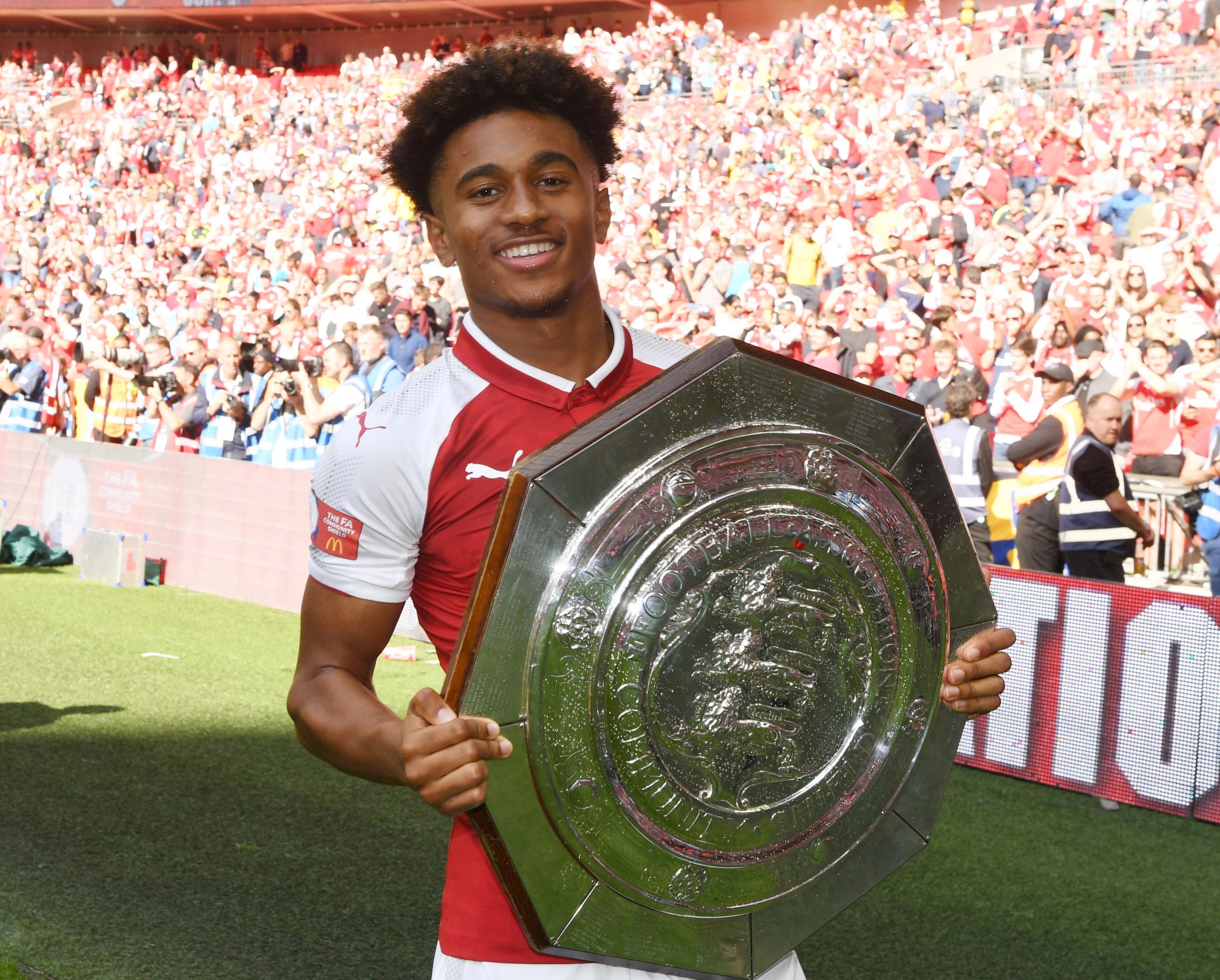 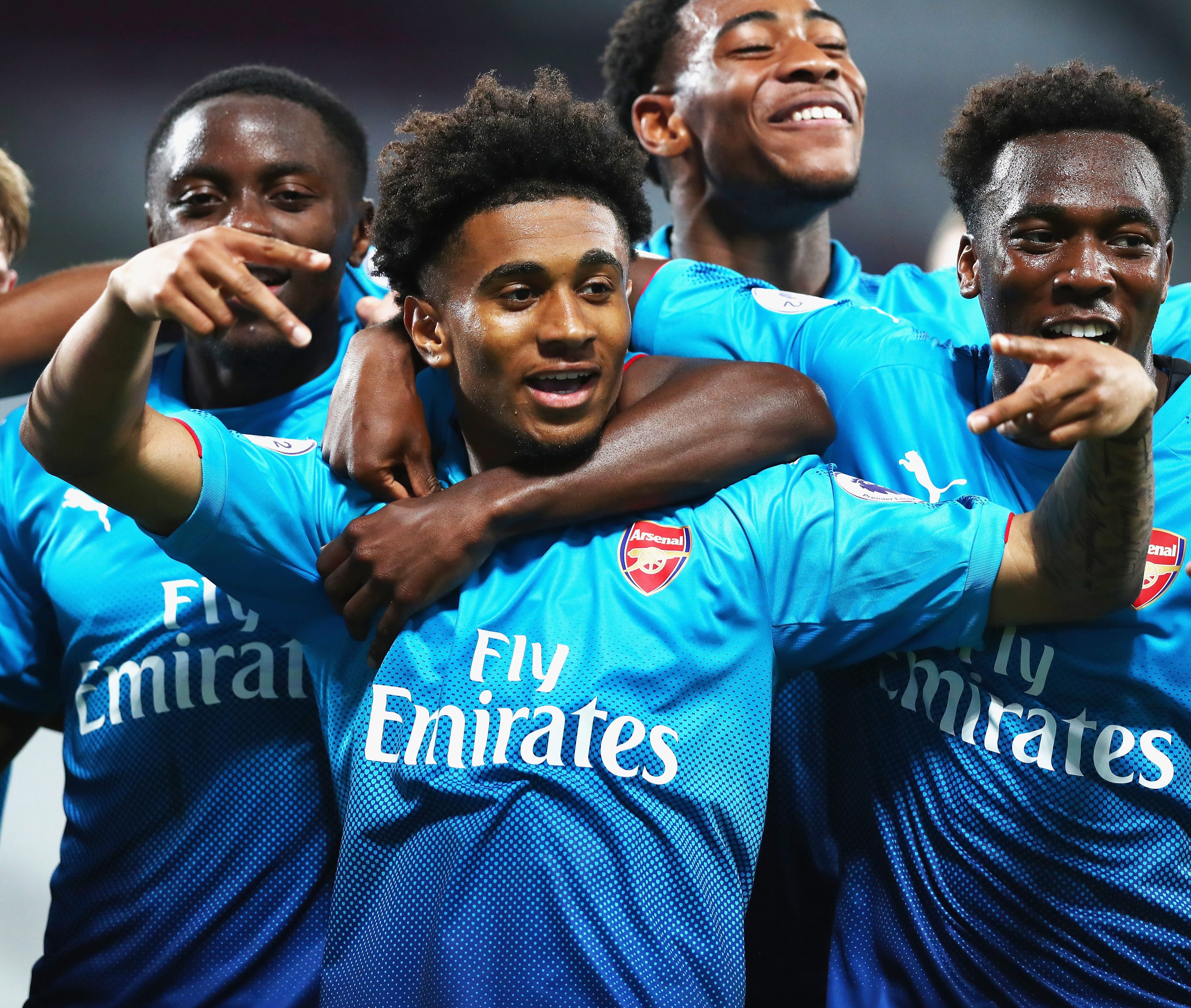 A wander around the run-down Aylesbury reveals a battered concrete sports court, where Nelson honed his skills.

Resembling a cage with its metal bars surrounding it, the confined space encourages close control, fleet-footed skills and helped the promising youngster develop a mental toughness.

He told the Players' Tribune: "When I was little, I was there in the cages every day after school.

"It was the place. And it was the place because we, the kids from Aylesbury Estate, could go and be ourselves — and not be judged by others."

Nelson is well aware his experience moulded him as a player.

He said: "Aylesbury Estate was a tough, tough place. But it helped raised me. It influences my game and my life even now.

"I’m not the only one, either. Jadon Sancho is from right nearby. That boy knows his way around the cages, I can tell you that much.

"Same thing with Tammy Abraham. He can play, that boy. That’s why they’ve got all that skill on the ball —  that little area, it creates more talent than you could ever imagine. And there’s more coming, too." 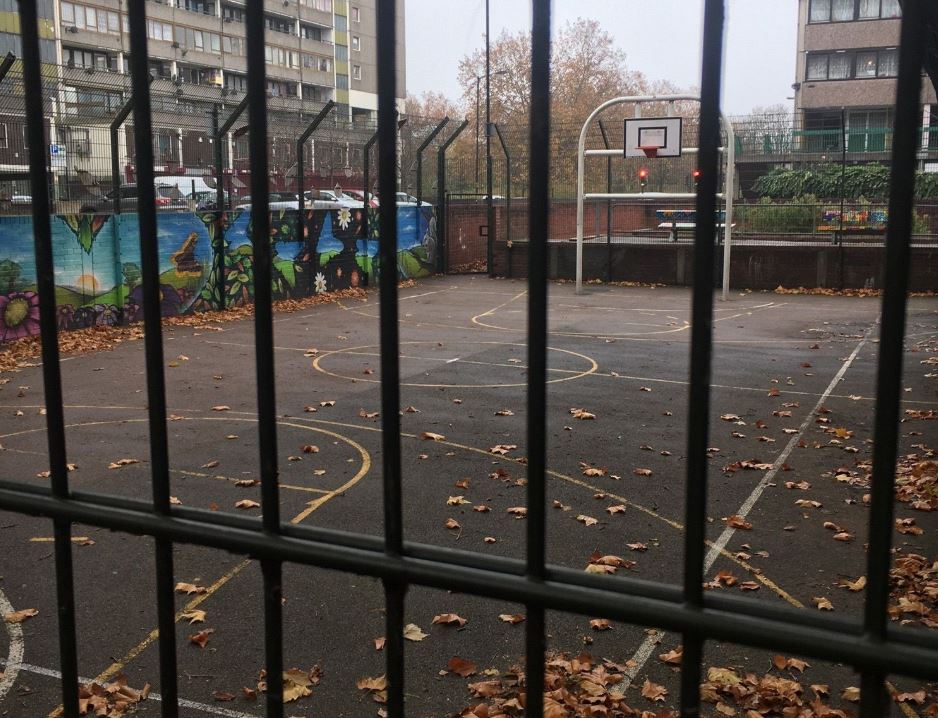 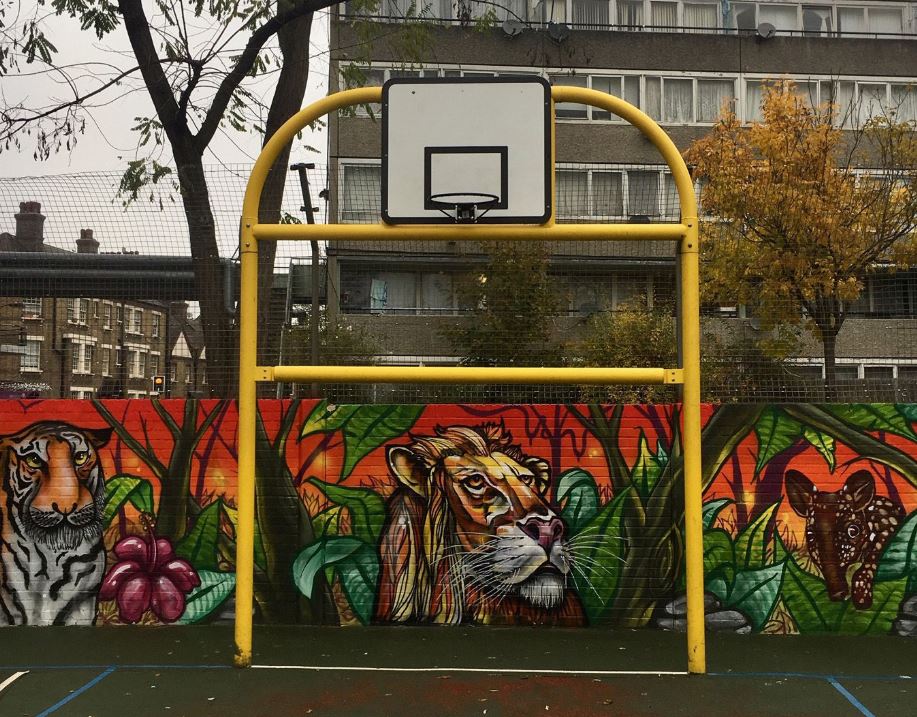 Nelson and Sancho grew up five minutes from each other, the latter in a similar council estate in Kennington.

From when they were young teens, they were often compared to each other and the locals would tease the pair on who was better.

“It got a bit annoying and boring,” Nelson said.

“We’d be out, in a nice place, and someone would throw a ball and say: ‘These two, battle each other!’

“It got to a point where we were both just like: ‘Nah, we can’t just go messing around with each other all the time’. He’s like my brother, it’s not a battle like some people say.” 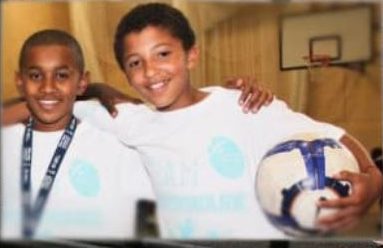 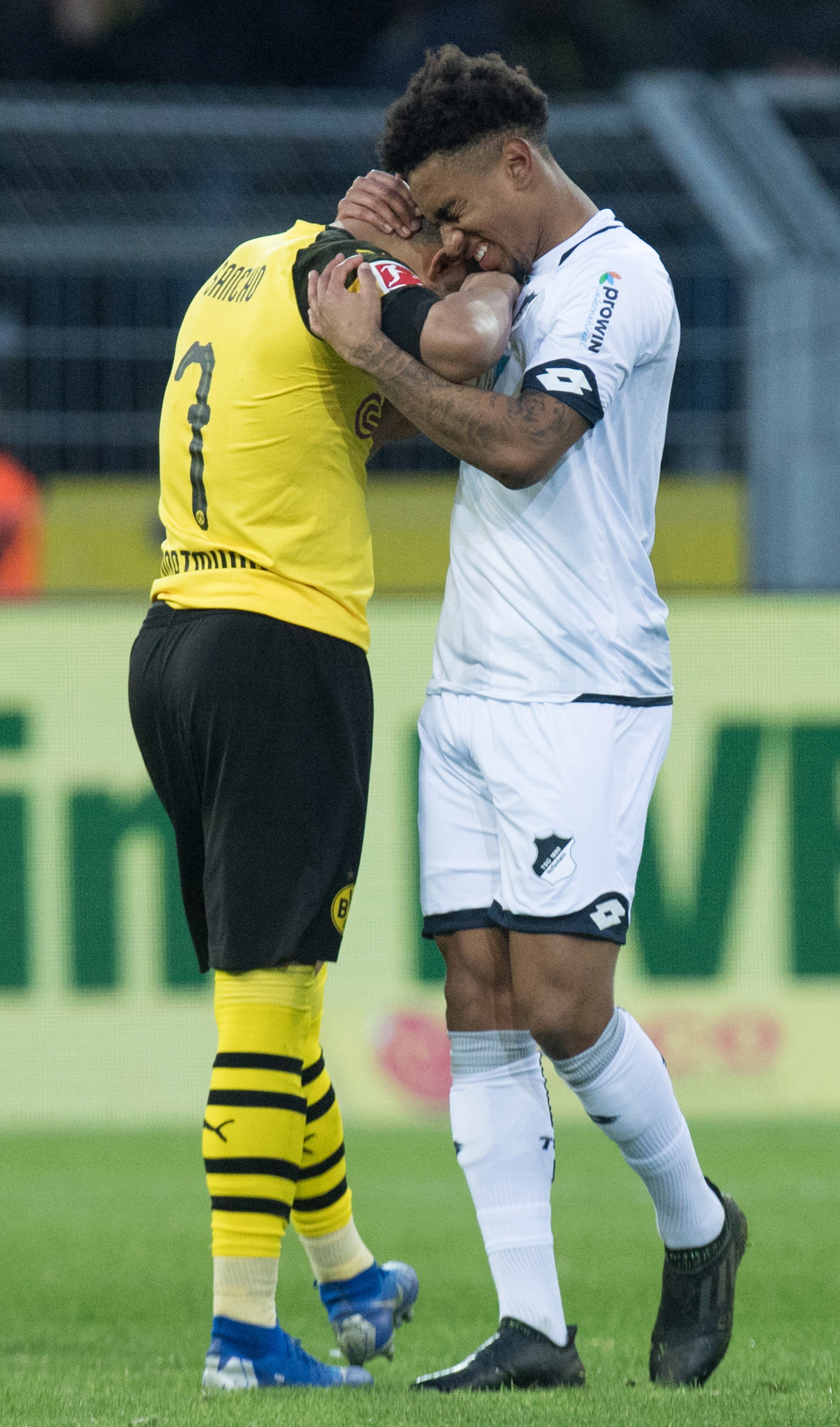 THE MAKING OF THE 'MAN'

Last season, former Arsenal manager Unai Emery couldn't see a place in his team for Nelson, so he sent him on loan to Bundesliga side Hoffenheim.

In truth, he couldn't sustain that goal-scoring run – but seven goals from midfield was a decent return from the loanee, and he impressed manager Julian Nagelsmann.

At the time, Nelson told the Mirror: “I’m an Arsenal player. They are my boyhood club and I’ve been with them since I was eight.

"I just want to go back there stronger because, when I left, I was 17 and I didn’t feel that confident.

"Now I feel like a man and I know a year at Hoffenheim will help me when I go back."

He wasn't wrong there. 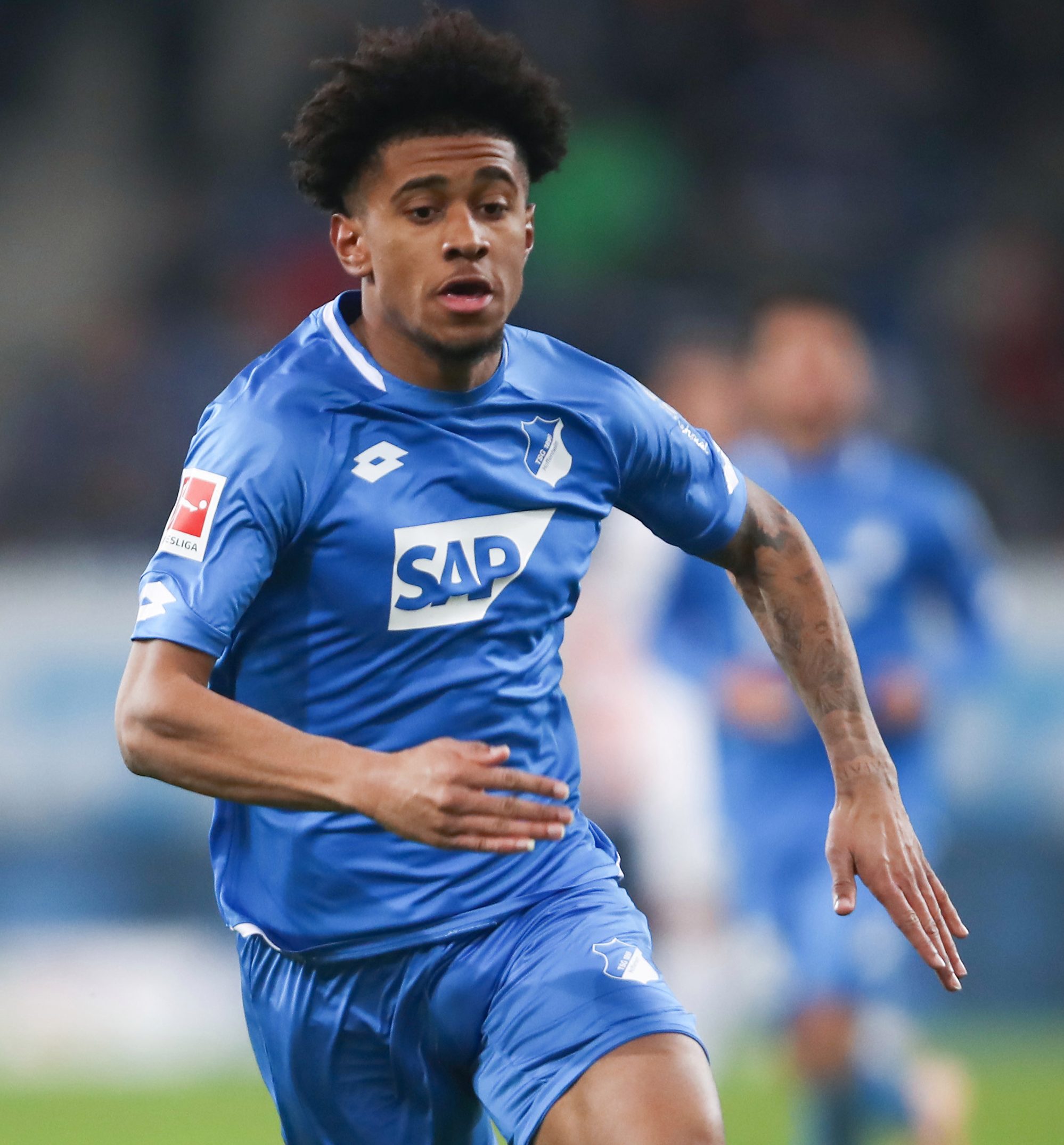 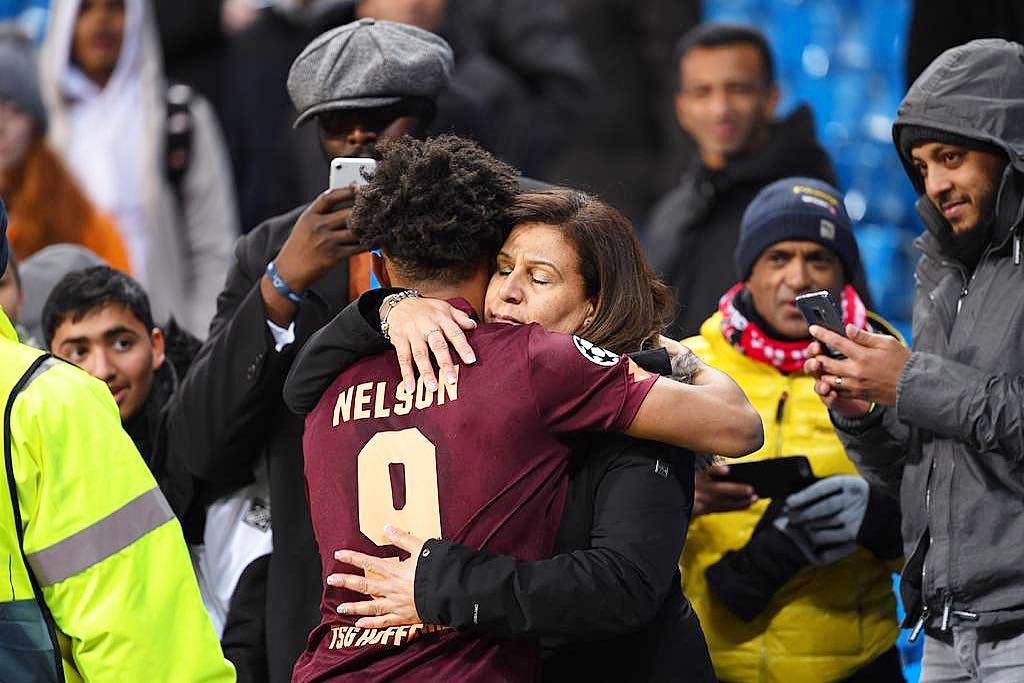