JAMES MCCLEAN was given a late red card as Republic of Ireland’s miserable week continued.

The Stoke midfielder was shown a second yellow after flying into a tackle on Ethan Ampadu late in the game – just minutes after being booked. 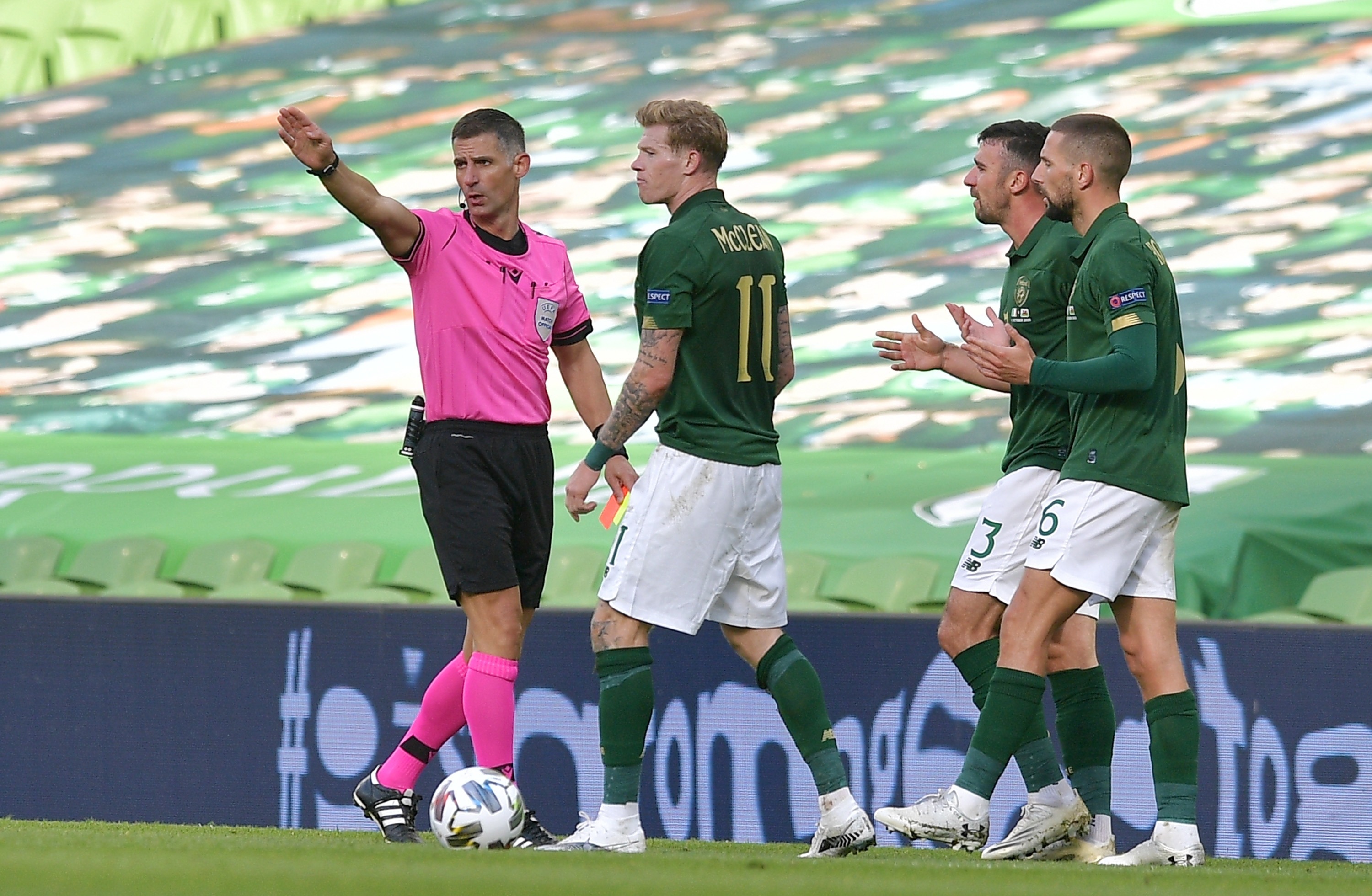 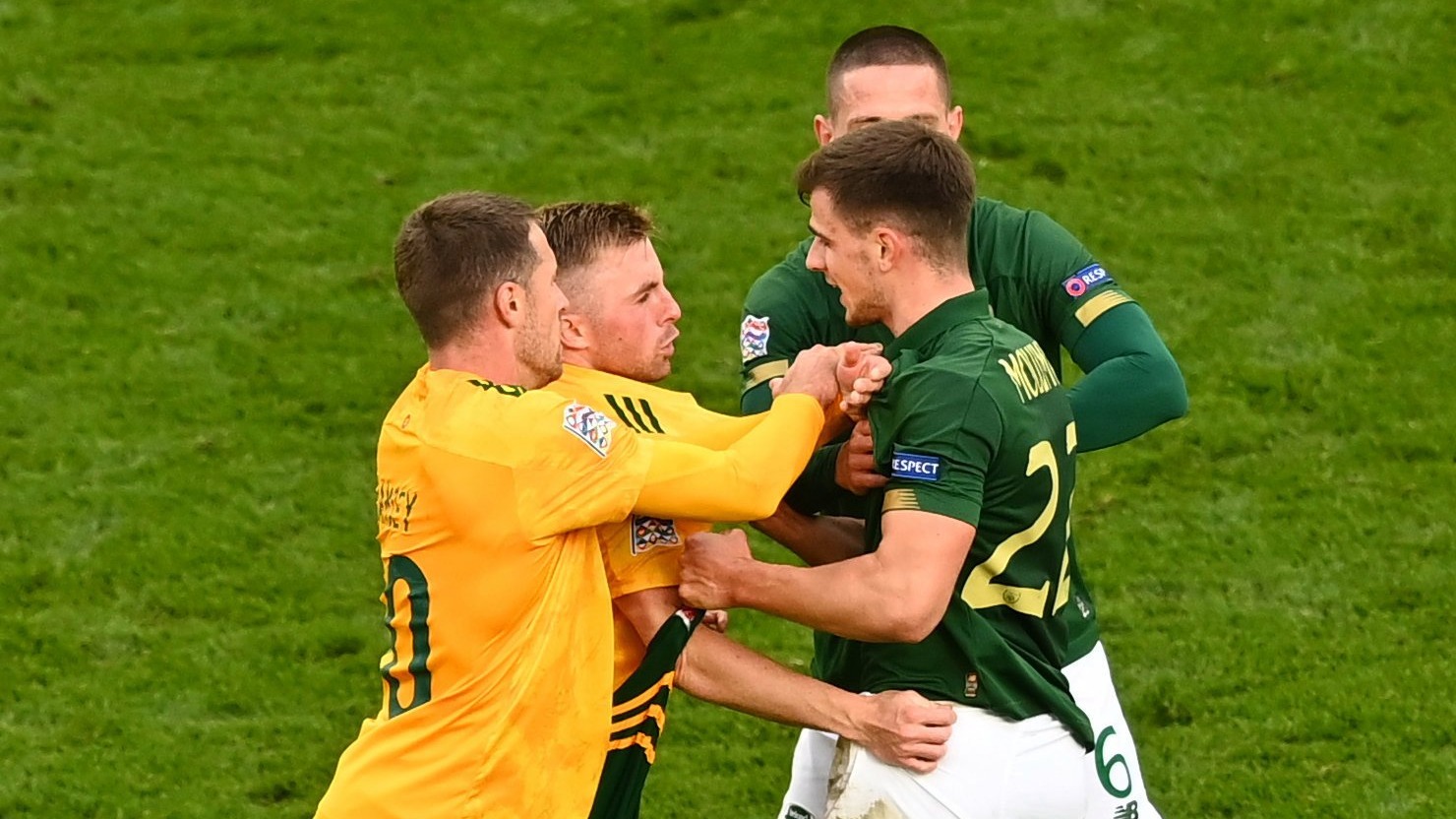 And it ensured his team followed their heart-breaking Euro 2020 exit by once again failing to break their Nations League duck.

The host nation announced hours before kick-off that five further players had been ruled out of the game due to Covid.

Head coach Stephen Kenny – who was already without Aaron Connolly and Adam Idah for similar reasons – said four of the latest batch would have started.

John Egan, Alan Browne, Callum O'Dowda and Callum Robinson all played in Slovakia on Thursday but were absent here – along with Blackburn’s Derrick Williams.

So in total Kenny had to manage without 12 of the players who he had initially selected for the squad for this international break.

Having gone out of the Euro 2020 on penalties this week, he must have been wondering when his luck would change.

Well it didn’t in the first half here – as defender Kevin Long had to go off with a huge lump on his eye after an accidental arm from Kieffer Moore.

Both sides had difficult nights in midweek – with Wales beaten at Wembley – and that showed in a largely forgettable first half. 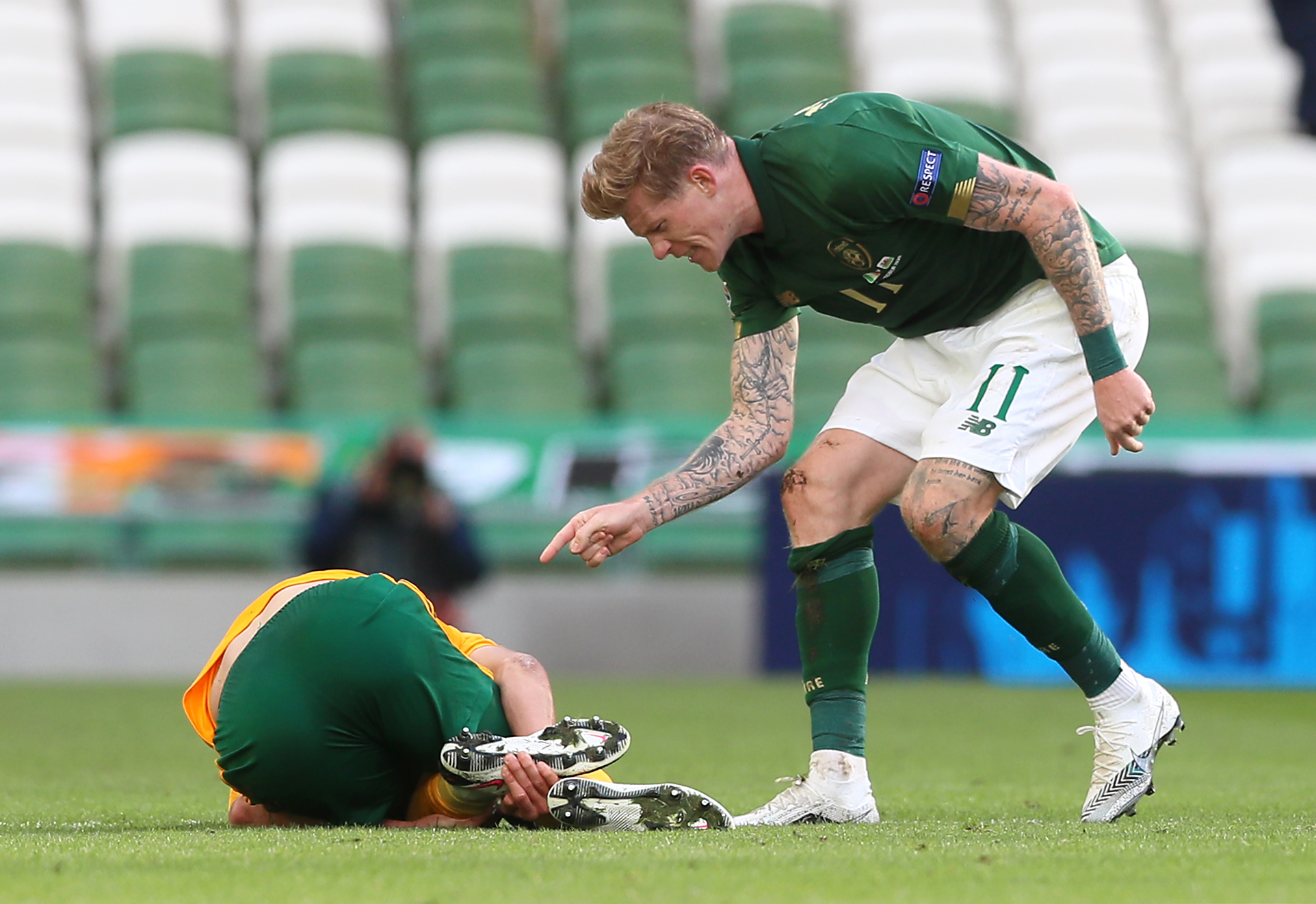 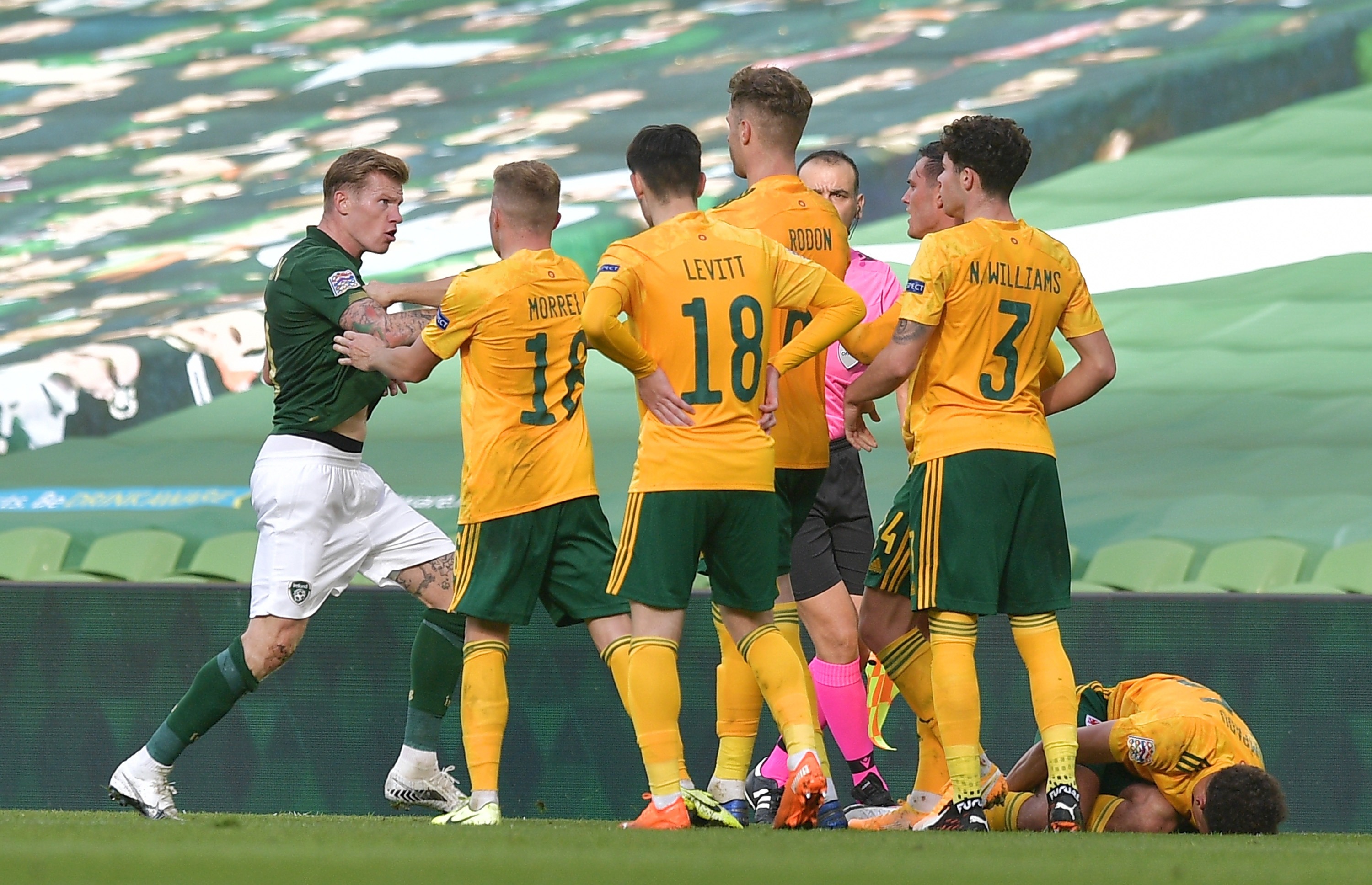 Harry Wilson swapped passes with the returning Aaron Ramsey before curling a left-footed shot which was pushed away by Darren Randolph.

The home keeper was lucky to escape as he spilled a routine corner and then wrestled Ethan Ampadu to the floor – but the Greek ref gave him the benefit of the doubt.

At the other end, Wilson’s blind pass presented Robbie Brady with a chance but he took his shot early and curled it just wide. 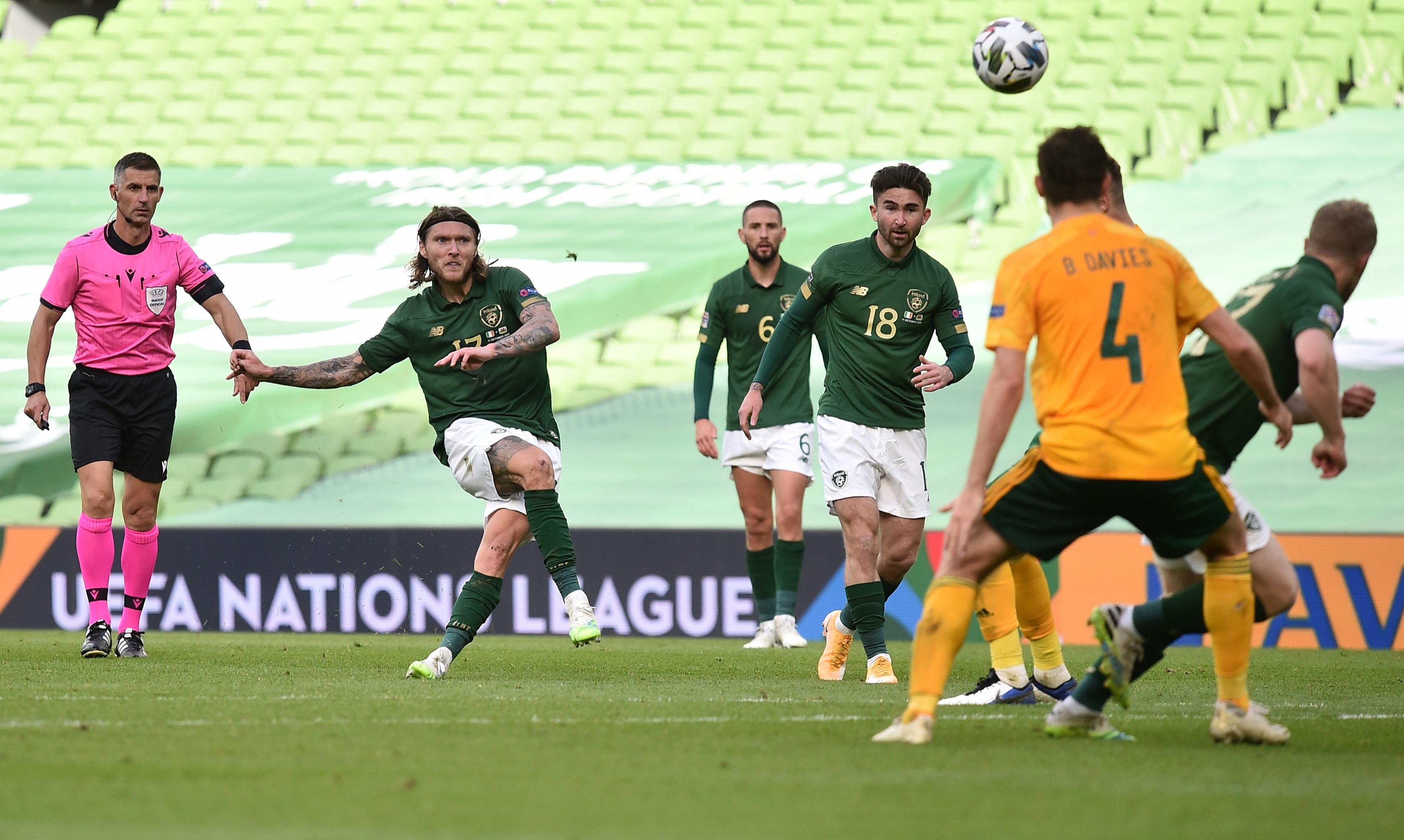 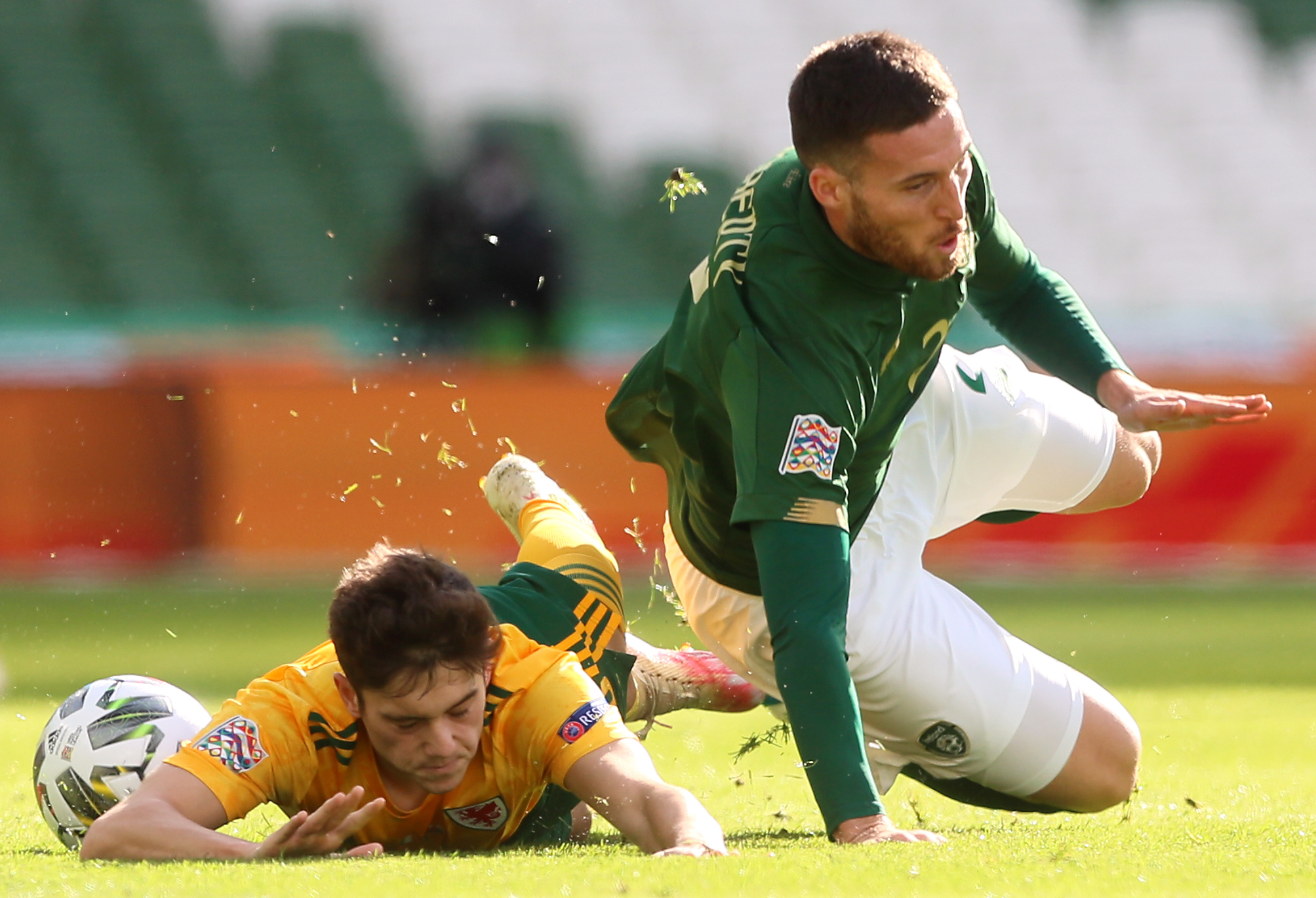 After the break, Enda Stephens whipped over a cross that was perfect for Shane Long but he planted his header over the bar.

A McClean cross fell nicely for Horgan whose header was blocked before he lifted the rebound over the bar.

But Wales kept them at bay to make it eight unbeaten in competitive games – and five clean sheets in a row.

Ryan Giggs men – who are currently without Gareth Bale – stay top of the group ahead of a trip to Bulgaria on Wednesday. 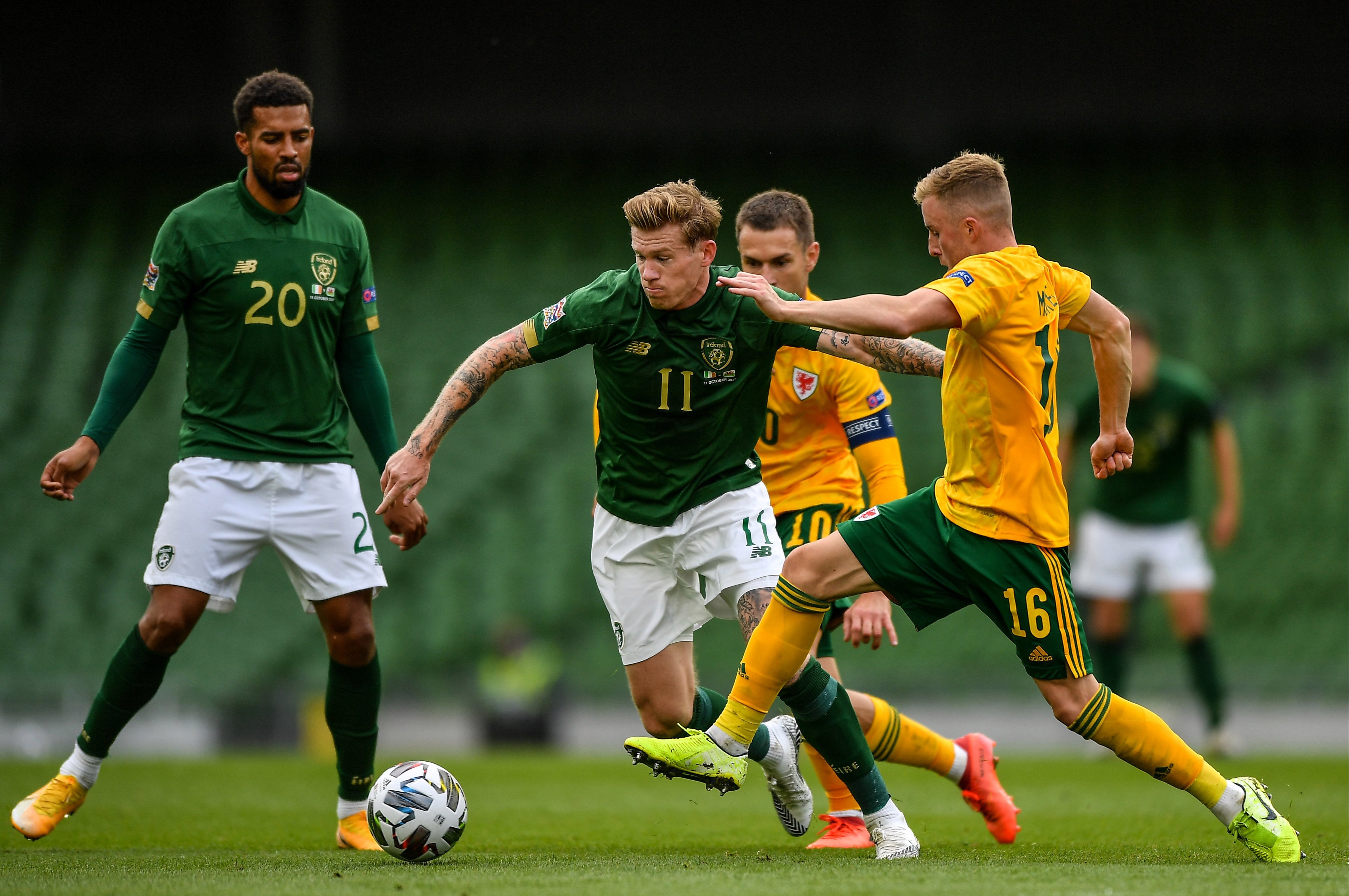 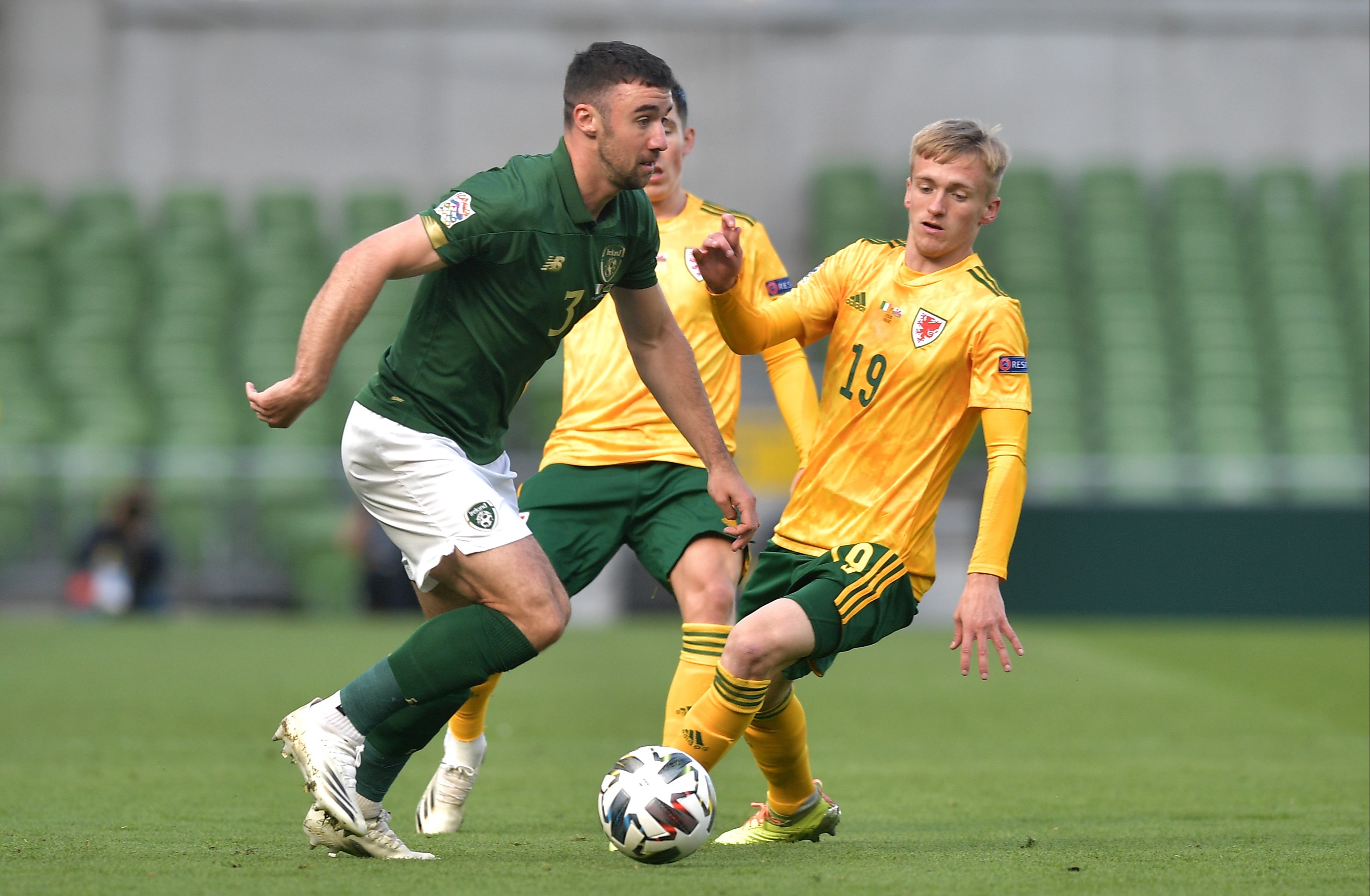