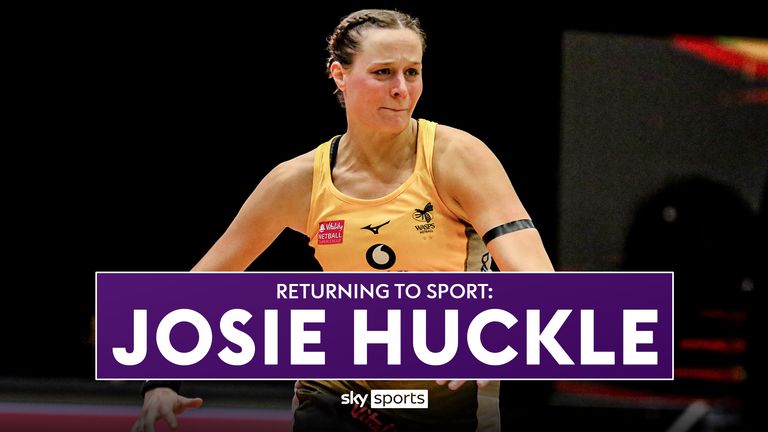 Three weeks after schools reopened to all children, sports clubs have now also welcomed everyone back.

Last Wednesday, the government confirmed that the country could continue its phased return to normality and England Netball quickly followed with confirmation that grassroots netball had the green to start welcoming players back.

Following confirmation from the Government, we are delighted to confirm that grassroots netball in England can restart on Monday 29 March 🙌

It’s been 13 months of disruption, innovation and avoiding boredom for many in all walks of life, with only a very brief respite as lockdown restrictions were eased for a short period last year.

Now, as outdoor sports facilities open and organised outdoor sports resume, football, netball, rugby and hockey clubs are opening their doors once again, we spoke to four netballers who’ve juggled the last year of athlete uncertainty with inspiring the next generation in their roles as teachers and coaches. 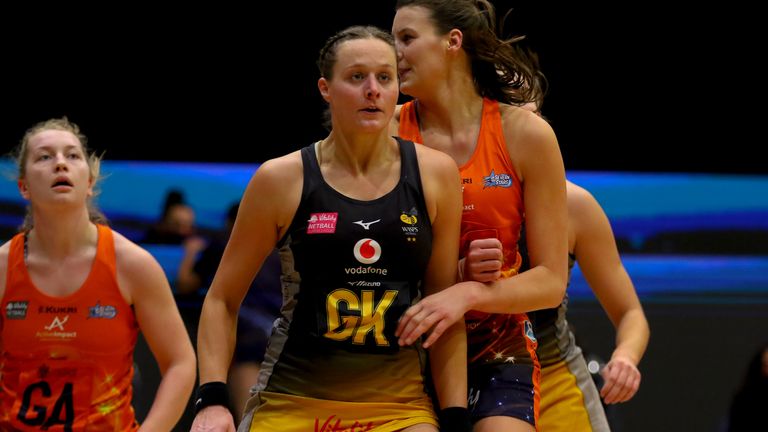 I am head of netball at Bedford Girls School and I’ve been here for about five years, so I run the netball programme with a lot of help from the rest of my PE department. We run from juniors to seniors, so we coach across from Year 3 up to Year 13 – which means that we’re in touch with a big mix of ages groups.

The Year 7s now are the ones who came in with me from Year 3… I’ve seen them grow up through the school, which is amazing. I’d love to stay and see them through until Year 13 as adults going out into the world.

I got into teaching through coaching, so when I was a kid I got my level one and level two coaching badges when I was about 16. So, I’ve been really lucky in terms of always having coaching jobs… when others were working in a local shop, I was always out running around with younger kids and coaching them netball. “With netball being an all-girls sport I feel that they can be more themselves without the fear of people (or boys!) saying that they can do it better than we can.

“Netball feels like a sport that women can do with a lot of comfort, without being judged by other people who don’t understand or know how to play the game,”

I have lots of friends who say that netball is something that they used to play at school and it’s the sport where they stood and pivoted… I always tell them that they need to watch a real game and then have a conversation with me about it.

Even my friends have come to a game and been taken aback by the sport and realised how exciting it is.

We’ve got so many incredible athletes, and all of these women have come together and it’s nice that everyone is being more into women’s sport and they’re watching.

Our school have looked to PE to help the girls get away from their screens, which is absolutely right, but also means that we don’t get a lot of contact time with them.

It’s fantastic that they’re away and being active, which is obviously what we want from them, and our girls we trust most of them to be active.

Having them back in schools now, for us, is incredible. I’ve just missed talking to people, coaching the kids and telling them to move more/put their arms over the ball/change direction.

From teacher to Superleague player

From going from being a coach where I coached at work and then was training within the Superleague to doing nothing was craziness.

As we’re in the middle ground where we are getting bigger, we know the fans so well now and having that connection with your fans, it’s great to be able to engage with the ones who are there all the time and who are immersed in the sport.

As an athlete you can engage with them, build a bond and that naturally builds up and helps to grow the sport.

Happy back to netball day everyone!!! Take it easy to start with … injuries are very possible after a long lay off! Enjoy being back with your netball fam & have fun!! #netballisback 💛🖤 pic.twitter.com/QBMB7LKBqv

What a day!NETBALL is back 🙌🏻 So happy for the netball family to be able to step back on a court with friends & team mates👊🏻 Stay safe & smile😃Want to say a huge THANK YOU to the incredible volunteers, Coaches, parents, facilities who are working so hard to help return our game

I was furloughed for some of the time last year so that meant that I had more time to train, that was great for me as an athlete and a chance to feel what a professional athlete feels like, the majority of us within Wasps work full-time alongside their netball.

Lockdown has been frustrating in some senses but for me personally, it’s been quite nice to feel like an athlete and to have that time to look after my body and to have a nap before training. I felt so refreshed from that as opposed to getting up at 6:30 to walk the dog, go to work from 8-6, get home and then walk the dog before training again in the evening.

It’s so nice to have the kids back and I’m loving the fact that the sun is shining and the girls in front of me are all having so much fun.

In the field across from me I’ve got Year 10 lacrosse, and they’re all screaming and giggling. It’s just so nice to see. 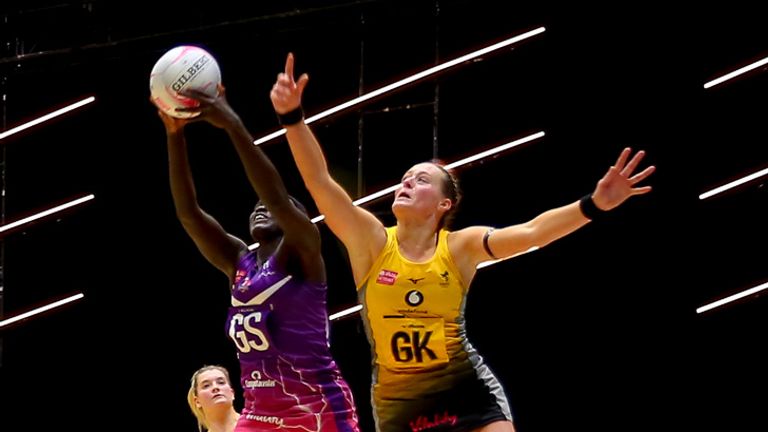 “When I’m up in Wakefield, I always remember that we’re so lucky to be able to play our sport.

“We’re so lucky to do that and now these kids can do that again, being back in school and playing sport. It looks like they’re having the best time ever,”

I know that my department have been worked hard behind the scenes. GCSE P.E carried on with normal lessons in the classroom [virtually] and then we did things in the junior school with a skipping programme, we linked up with a world record holder in skipping and he did a programme for us. The girls are now obsessed with their ropes, they take them everywhere!

The contrast in engagement between an online lesson and an in-person lesson is just incomparable. You can’t even begin to imagine the difference in attitudes and happiness.

I love working at @BedfordGirlsSch when I'm not playing/training and helping inspire the next generation with my incredible PE dept @Team_BGS https://t.co/tAOn4JzZzX

As a teacher, I was worried that when the girls were coming back on March 8 because it was a big change, when you look at the statistics it was about 60,000 people going back to work on the same day. It was a crazy amount of people… which was slightly scary but we’re really lucky because we can be outside and it’s really nice to be in the fresh air.

Our department, we just want to be the most fun version of ourselves, we’re ‘Team Fun’ to get the girls back into loving sport. We’ve had more kids attending clubs this term than we’ve had over the last couple of years, because they all want to come back. The parents might want a bit of extra quiet time too!!

Sky Sports is your home of netball. The Vitality Netball Superleague continues on Sunday with Round Eight and four matches back-to-back streamed live on the Sky Sports YouTube channel from 12pm.