Ronaldo, Figo, Eto'o… the stars who played for rivals Real Madrid AND Barcelona with Di Maria on verge of becoming 37th | The Sun

ANGEL DI MARIA is on the brink of moving to Barcelona and becoming the latest in a long line of superstars to play on BOTH sides of the El Clasico divide.

The Argentine star, 34, is said to have agreed to join the Nou Camp ranks having snubbed an approach from Juventus following his emotional Paris Saint-Germain exit. 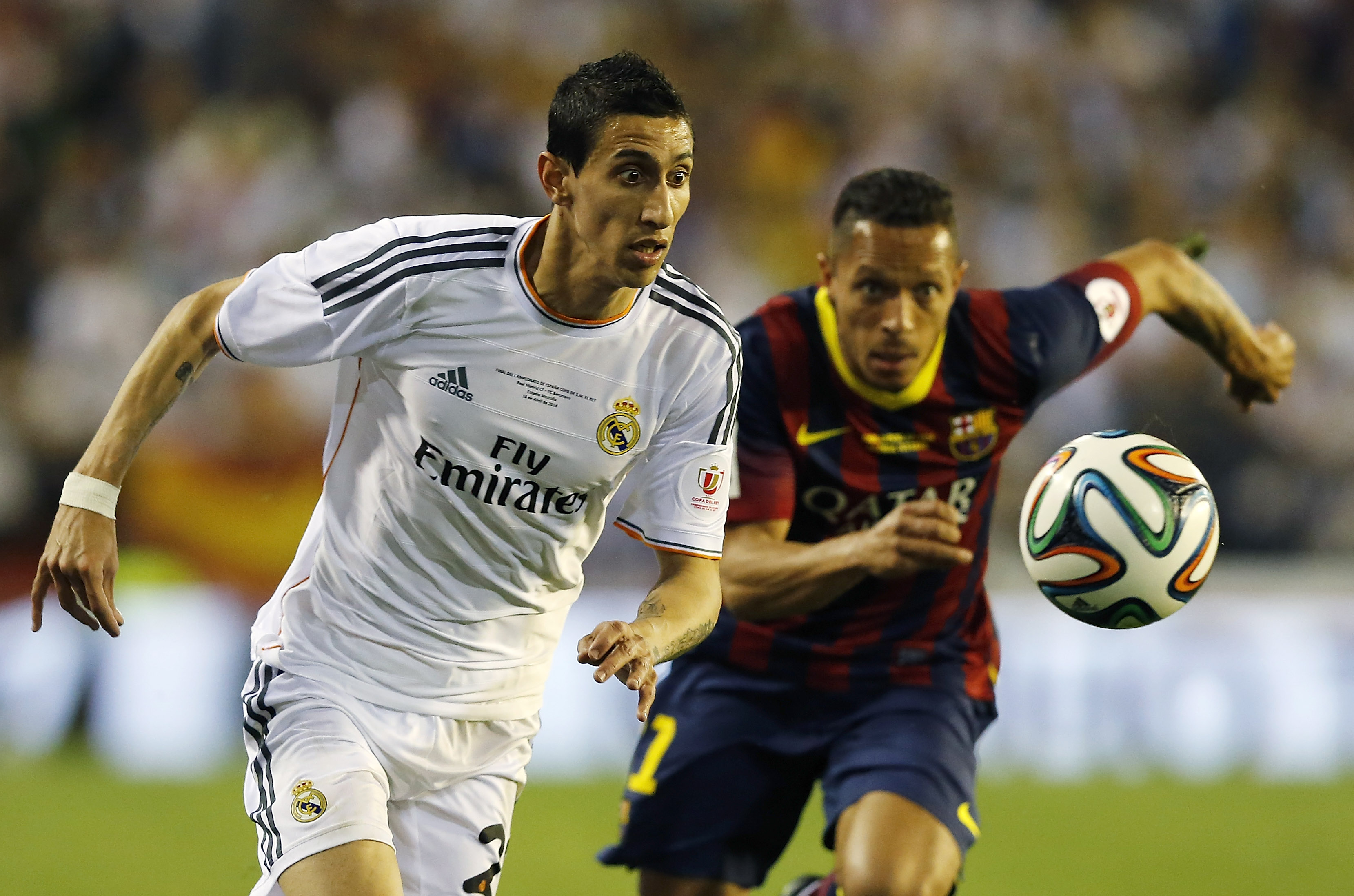 And having featured for Real Madrid earlier in his career – racking up 194 appearances between 2010 and 2015 – Di Maria could now break the hearts of millions of Los Blancos fans.

He wouldn't be the first, though.

In all, a staggering 37 players have turned out for both Barcelona and Real Madrid during their career – including some genuine superstars.

Arguably the best player in the world at the time, Figo broke Barcelona hearts when he crossed the divide to move directly to Real Madrid in the summer of 2000.

Figo won the Ballon d'Or later that year – with the preceding 12 months split between the two titans of Spanish football.

In all, the Portugal legend played over 200 matches for both clubs, won the LaLiga crown twice at each and would add a Champions League trophy to his haul with Madrid.

But Figo came in for horrendous abuse every time he returned to the Nou Camp – with ex-team-mate Michel Salgado claiming he was pelted with "coins, a knife and a glass whiskey bottle" among other missiles – most notably a pig's head. 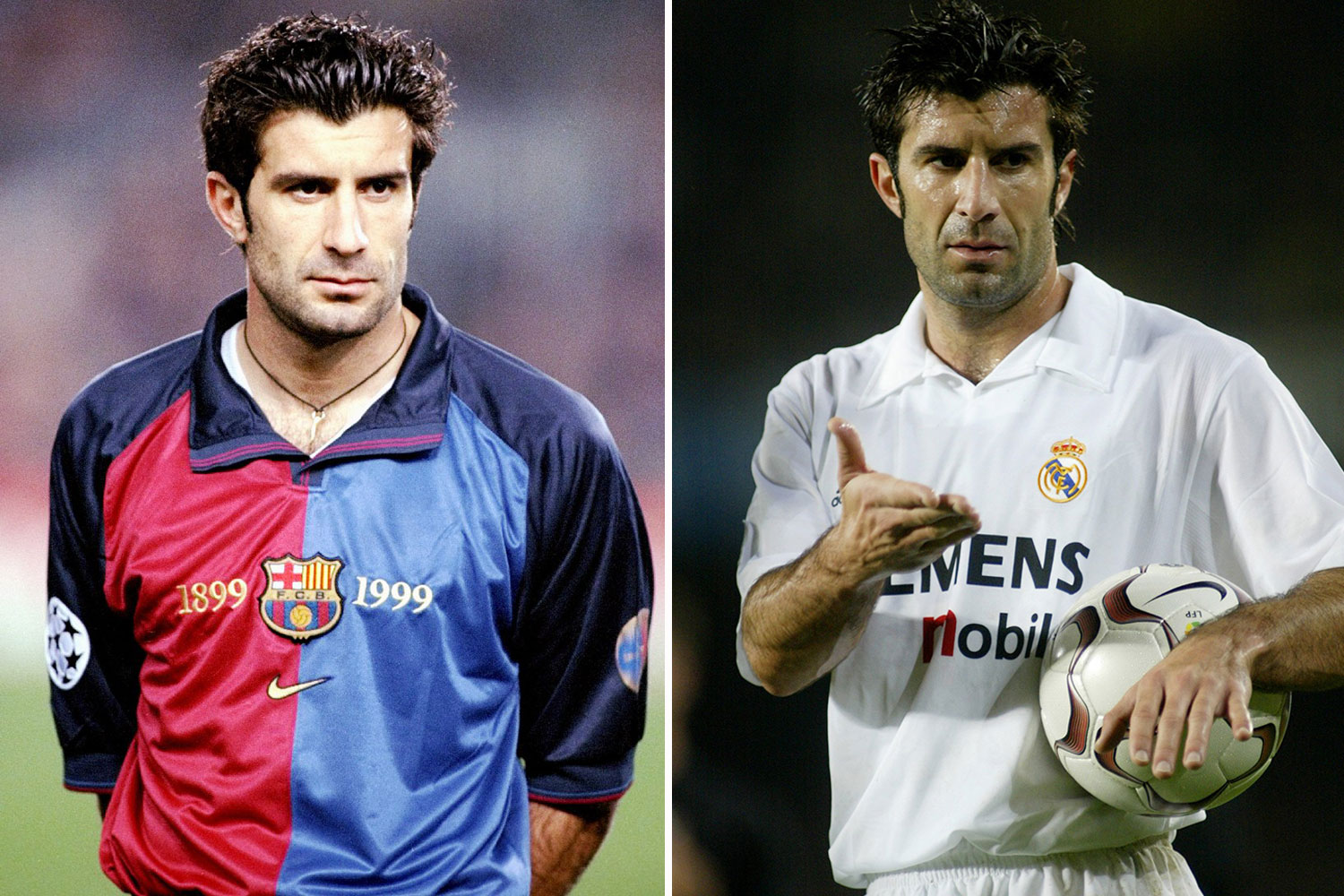 Kane's last-gasp penalty RESCUES point for visitors at the Allianz

Unlike Figo, Ronaldo didn't move directly from Barca to Real.

The Brazilian legend scored an outrageous 47 goals in 49 matches during his single season at the Nou Camp in 1996-97 before he moved to Inter Milan after a contract despite at Barca.

Ronaldo returned to Spain in 2002 when he joined Real Madrid to spearhead the Galacticos' front-line.

The iconic striker began to struggle with injuries during his time at the Bernabeu but is still loved by Los Blancos' fans.

A rare instance of a player being adored by both sets of supporters despite controversially crossing the divide. 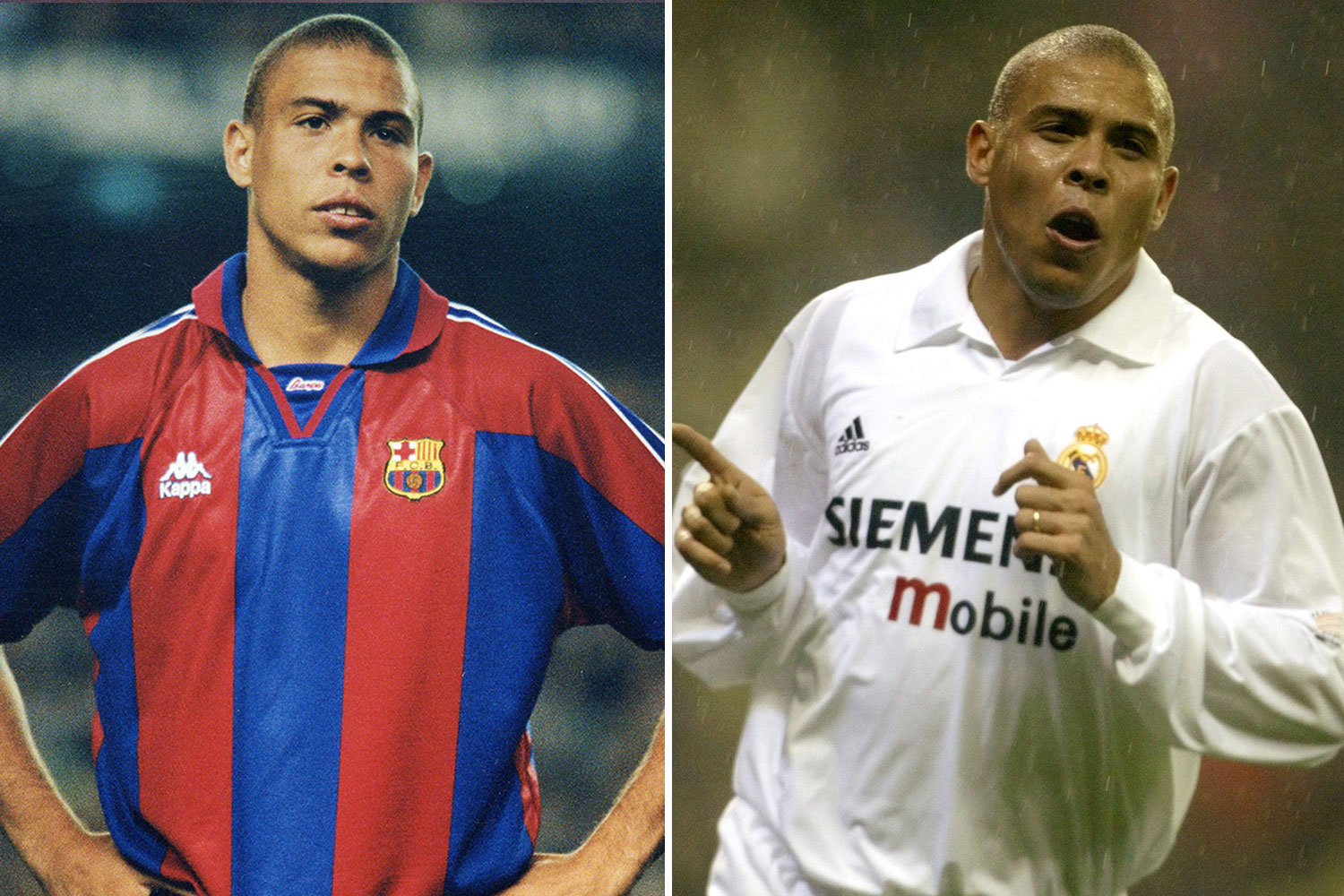 The legendary forward was plucked from an academy in his native Cameroon by Real Madrid scouts as a youngster – but never made the grade in the Spanish capital.

After being let go, Eto'o thrived at Mallorca before heading to Barcelona in 2004, where he would go on to become one of the most-feared strikers in the world. 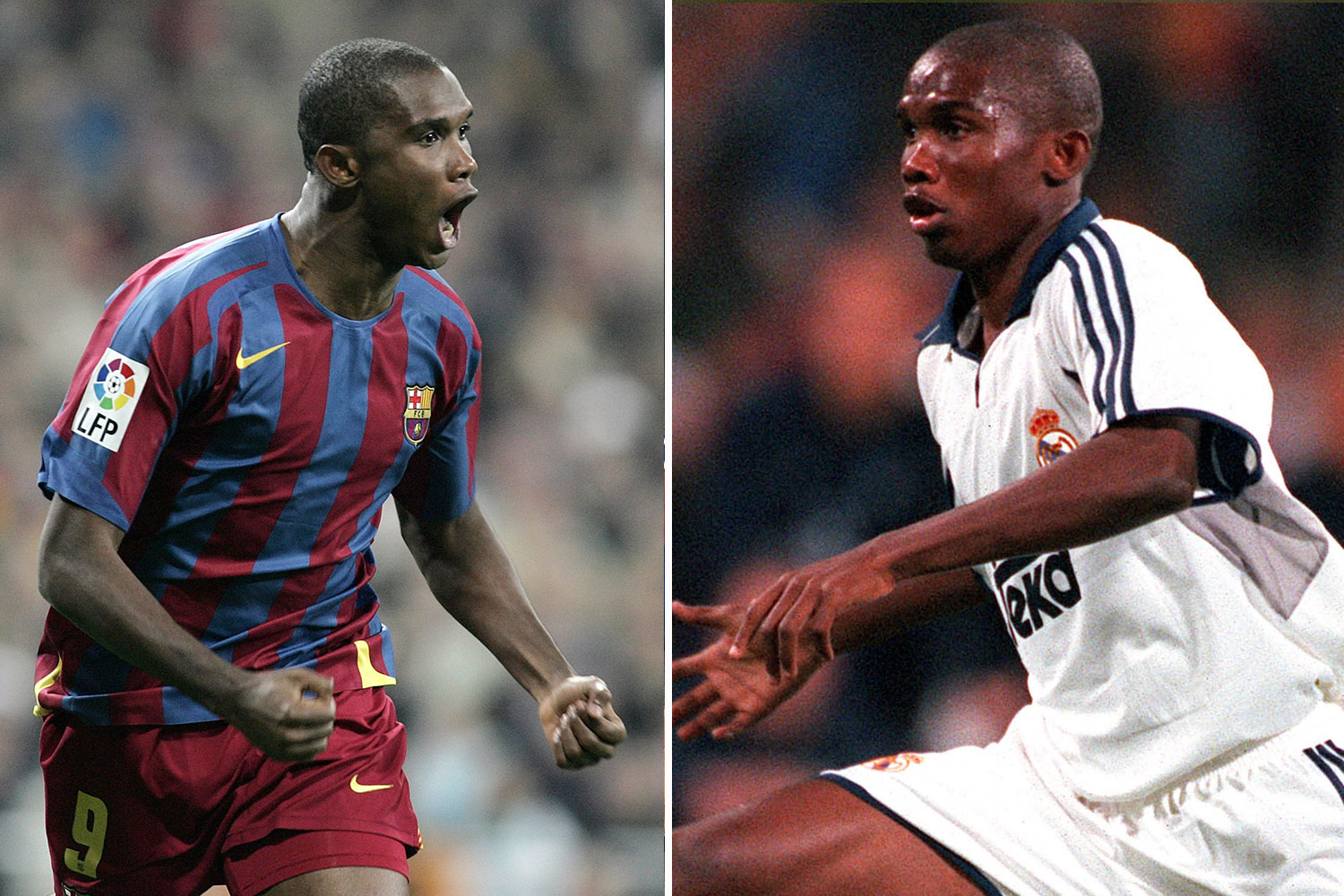 The Spain boss racked up over 200 games for both Barcelona and Real Madrid during his illustrious career.

Enrique won three trophies during his five-year stint at Real, before forcing a bitter transfer to Barca in 1996 after claiming he felt under-appreciated at the Bernabeu.

The Nou Camp faithful were initially sceptical of his move, but he quickly won over their affection by scoring in a number of El Clasico matches against his old club.

Enrique won two LaLiga titles at Barcelona, before later taking over as manager – winning a further two league crowns and even the Champions League in 2015. 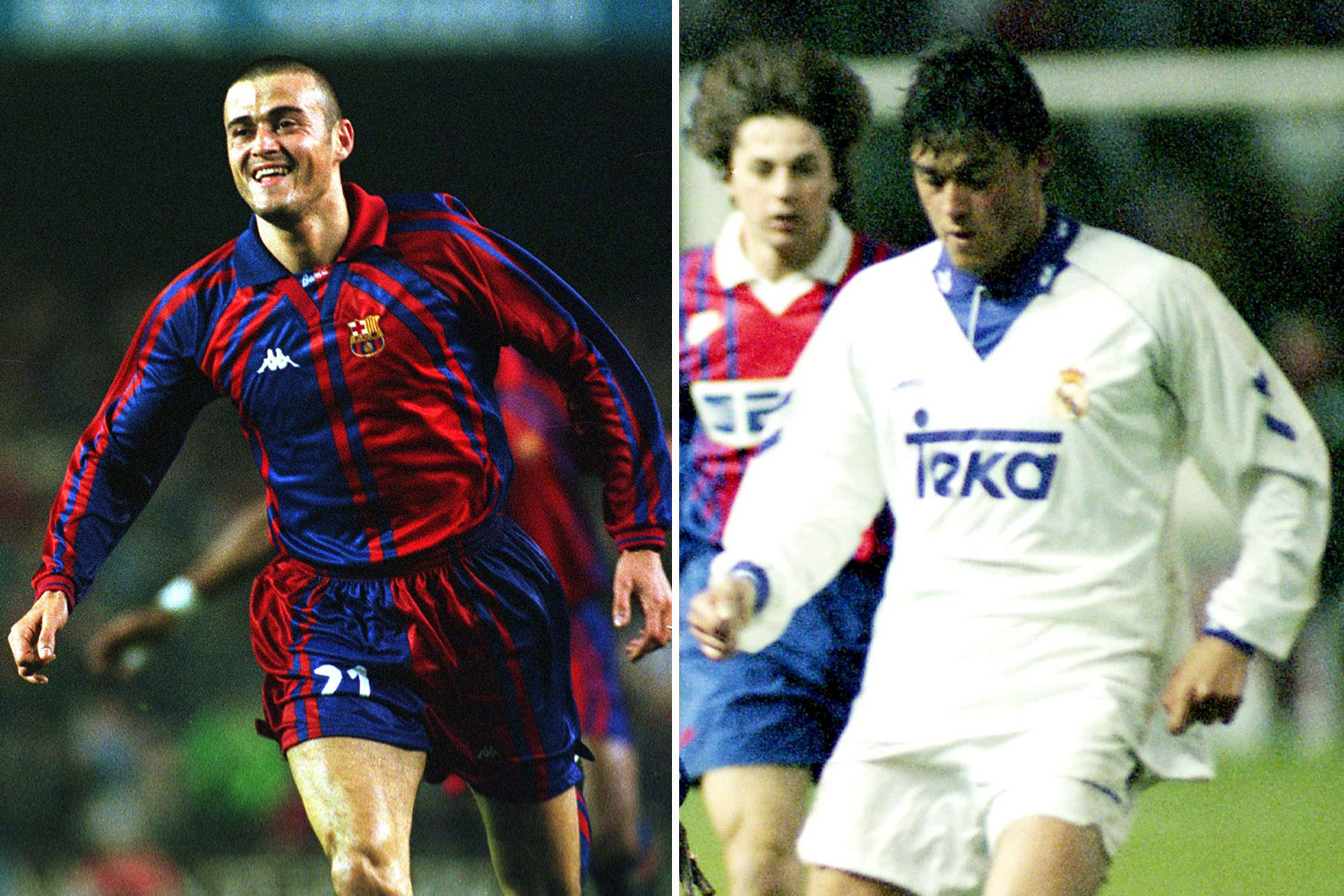 The Denmark legend was a key cog in Barcelona's "Dream Team" under Johan Cruyff and won four straight LaLiga titles.

But the Dane moved straight to Real Madrid after a heated fall-out with Cruyff in 1994 – and immediately helped the club win their first LaLiga crown in five years.

Incredibly, Laudrup played in two 5-0 El Clasico wins – one during his final season at Barcelona and the other in his first season in Madrid.

The legendary midfielder only spent two years at the Bernabeu before heading to Japan to wind down his career. 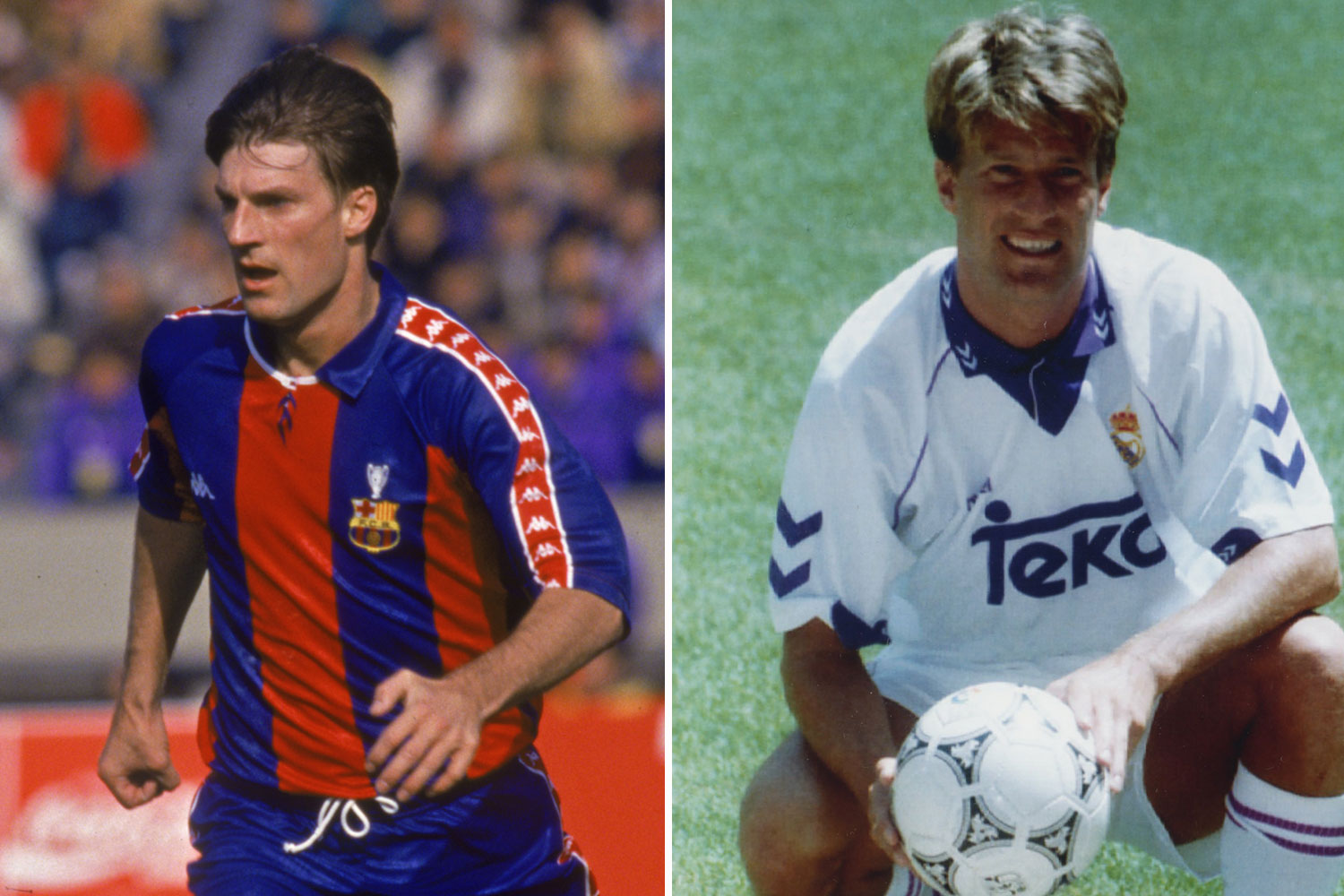 Hagi joined Real after starring at the 1990 World Cup before joining Italian side Brescia in 1992.

After being relegated to Serie B and promoted back to Serie A, Hagi returned to Spain to play for Barcelona.

In all, Hagi won a Spanish Super Cup apiece at the two giants – but nothing more. 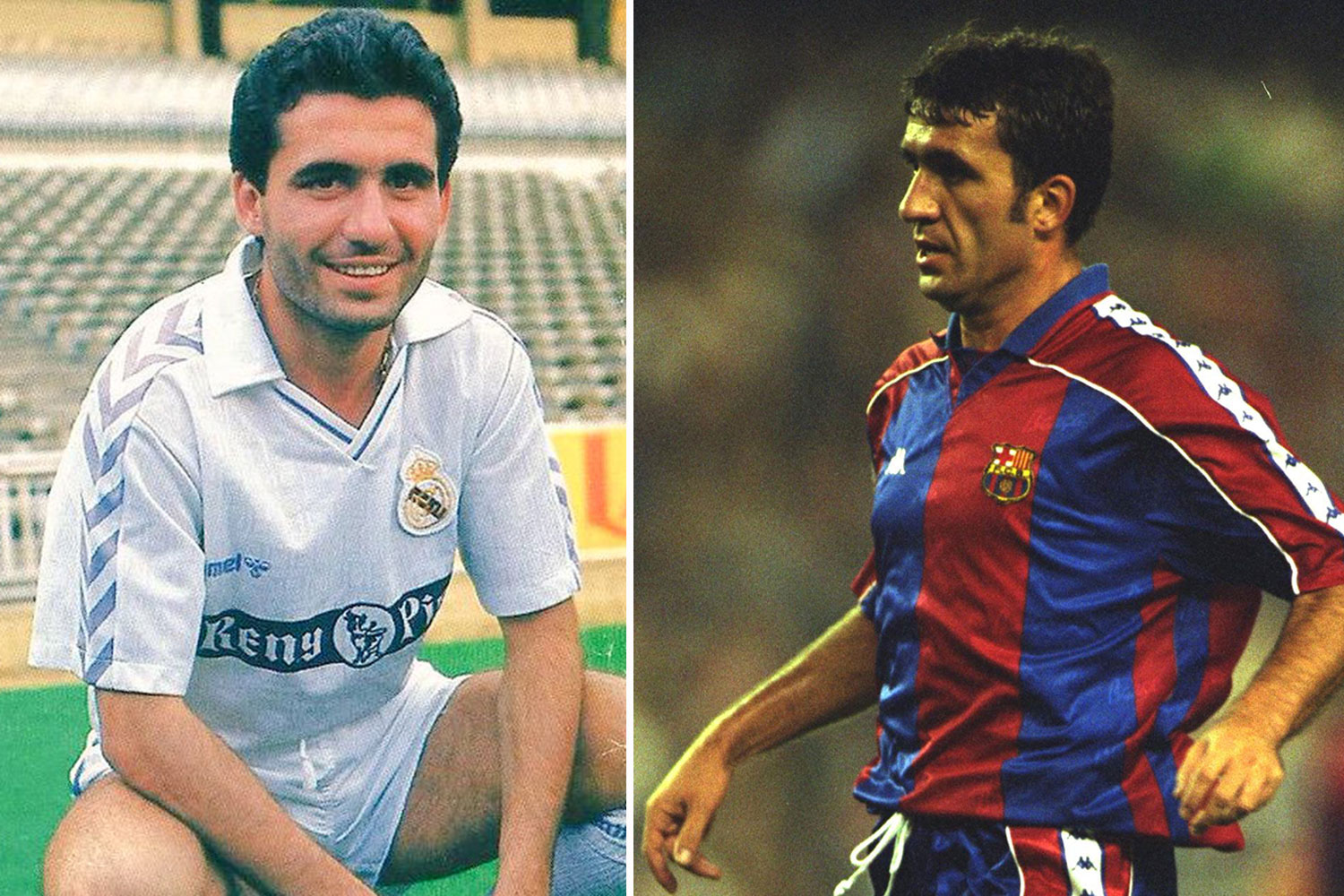 One of the world's greatest ever players, Di Stefano officially never played for Barcelona.

Di Stefano left Colombian side Millonarios in 1953 with Barcelona and Real chasing his signature.

Bizarrely, the Spanish FA decided the two clubs should SHARE his contract after a lengthy legal dispute – playing for each side in alternating seasons.

Di Stefano trained with Barcelona and even played in handful of friendlies before embarking on his debut season at Los Blancos.

After struggling in the Spanish capital early on, Barcelona sold their share of the contract to Real – and Di Stefano repaid them by immediately scoring a hat-trick against them.

The striker went on to score 308 goals in 396 games for the Bernabeu side, winning eight LaLiga titles and five European Cups.

Barcelona fans are still not over it… 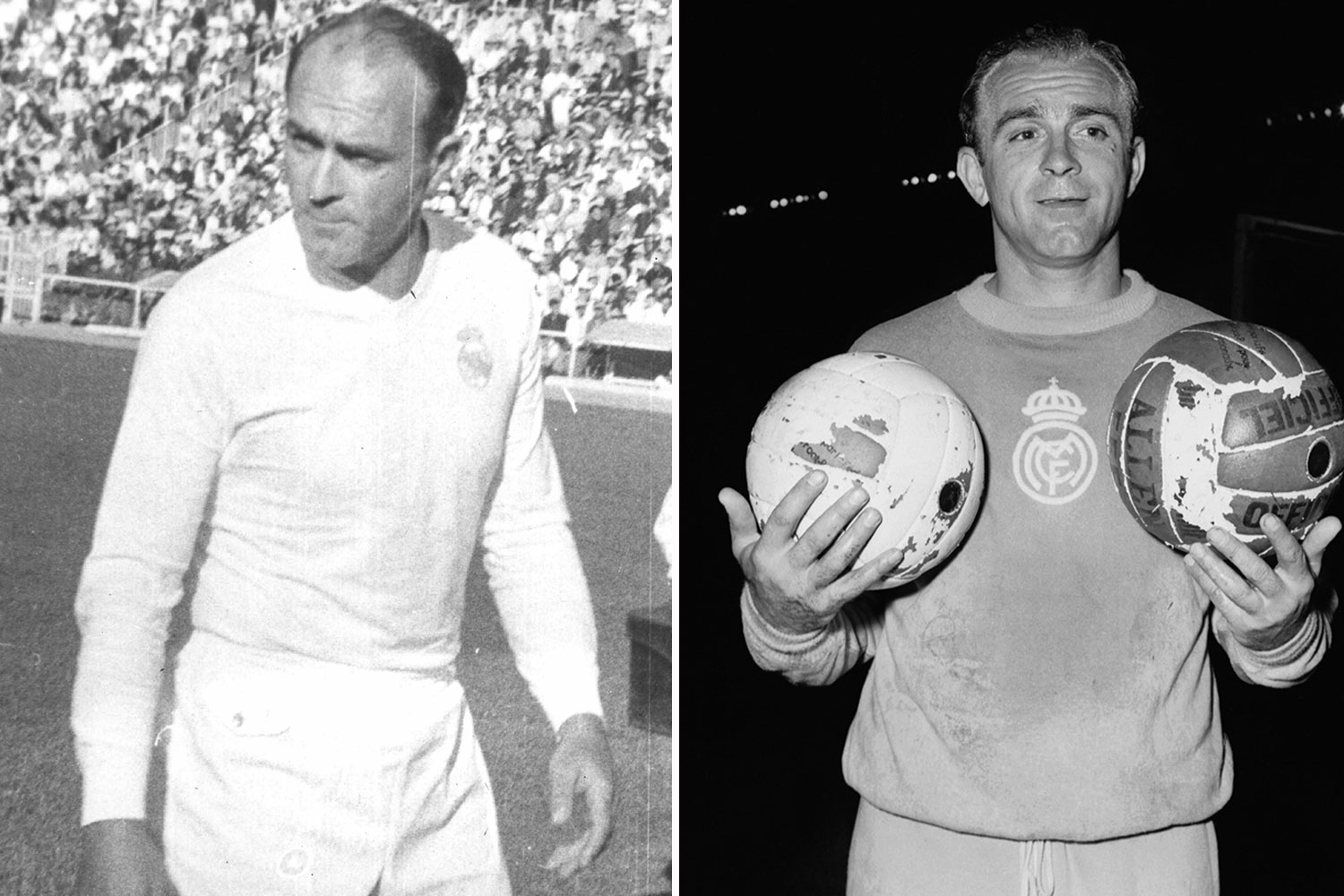