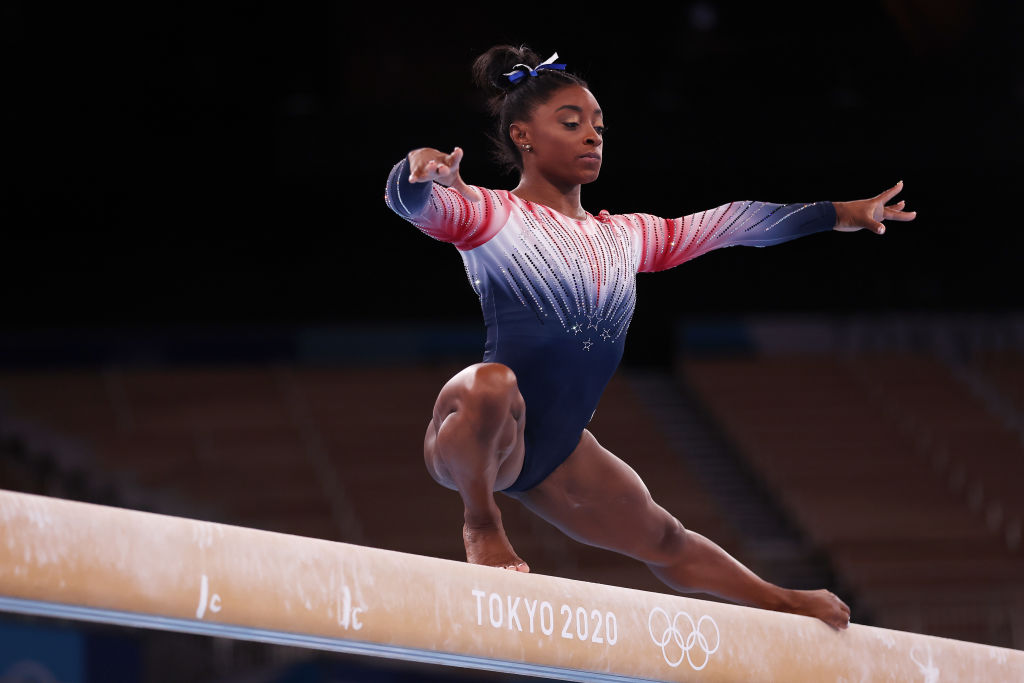 Simone Biles has return to action at the Tokyo Olympics in impressive fashion, claiming a bronze medal in the balance beam final on Tuesday.

The American withdrew from the four other individual finals she was due to compete in as she looked to improve her mental health and also battled with a bout of a phenomenon known as the ‘twisties’.

She put her problems behind her impressively with a superb routine which scored her 14.000 and gave her the bronze medal.

There seemed little between Guan and Tang’s performances after they performed but the judges were clear.

Biles’ withdrawal from the women’s team final, the individual all-around, vault, bars and floor finals has been, at least partly, due to her experiencing a phenomenon in gymnastics known as ‘the twisties’.

Twisties is something gymnasts can experience when they have a mental block which sees them lose spatial awareness during moves, often mid-air.

They feel like they have completely lost control of themselves and it can obviously be very dangerous when performing complicated skills.

Biles posted videos on Instagram demonstrating the problem in which she is attempting dismounts on the uneven bars. In the first, she gets through half a twist before stopping suddenly and landing flat on her back. In the second, she comes closer to landing but still falls.

‘I don’t think you realise how dangerous this is on hard/competition surface,’ Biles said alongside the video. 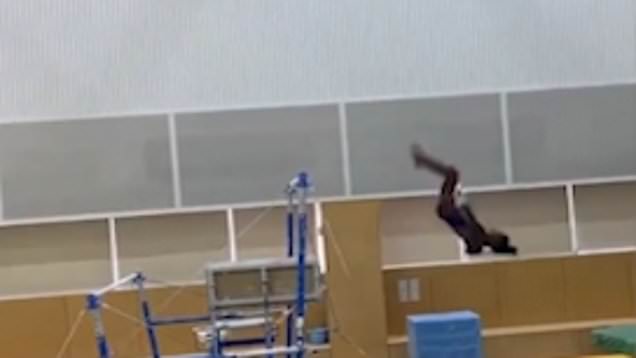 ‘Sometimes I can’t even fathom twisting. I seriously cannot comprehend how to twist.’

Explaining the issue in a press conference, she said: ‘‘Literally can not tell up from down. It’s the craziest feeling ever. Not having an inch of control over your body.

‘It’s honestly petrifying trying to do a skill but not having your mind & body in sync. 10/10 do not recommend.’