THE PREMIER LEAGUE games to be shown on Box Office for £14.95 have been revealed.

Top flight bosses announced today that a total of 15 games from now to the end of October will be on Sky Sports and BT Sport PPV channels. 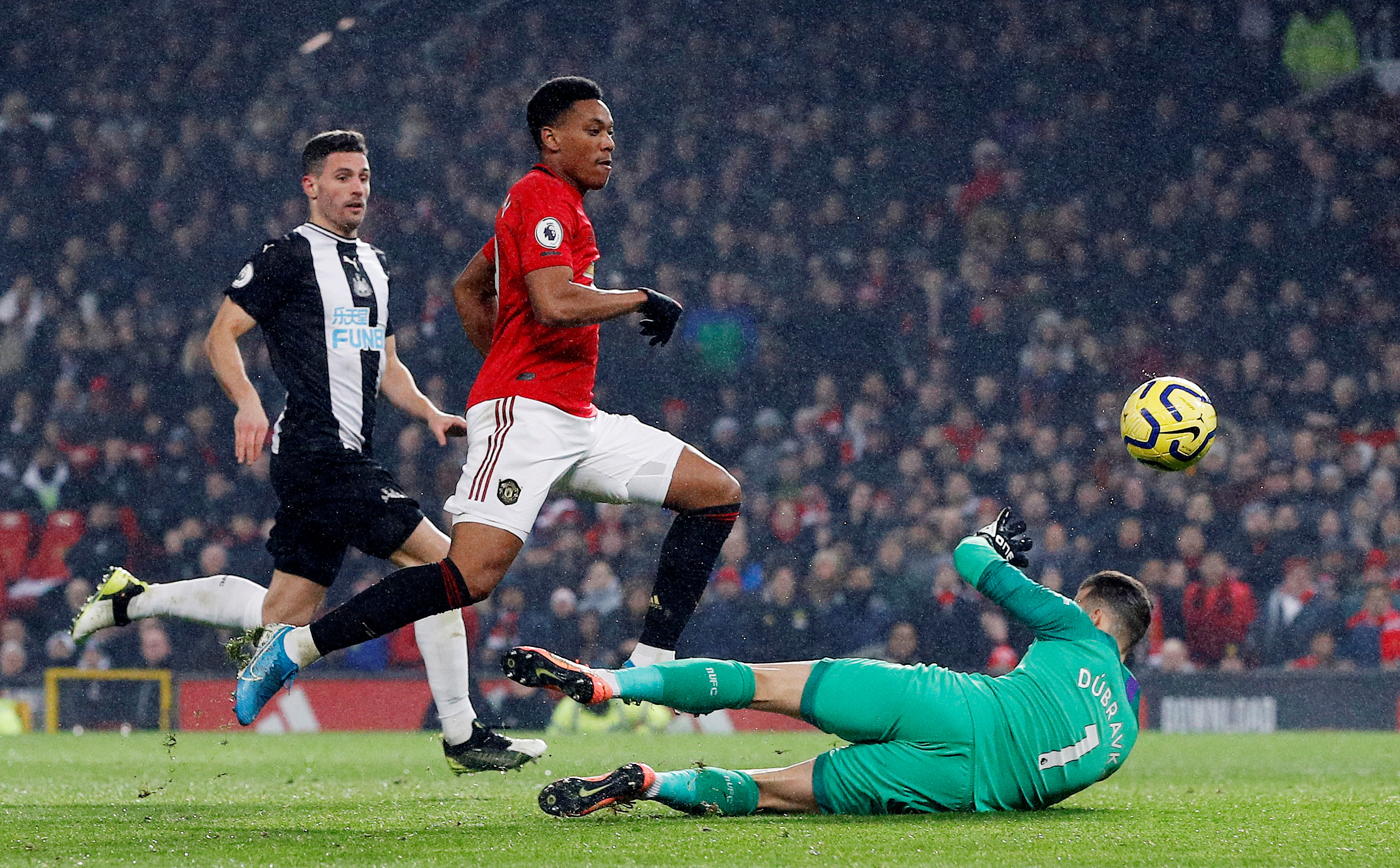 Fans are up in arms over the plan – with Manchester United legend Gary Neville also slamming the cash-grabbing exercise.

But no doubt some will want to splash out to see their team in action.

And the first one to be shown for a fee will be Chelsea's clash against Southampton at 3pm on Saturday, October 17 on BT Sport Box Office.

Later that night, Man Utd's trip to Newcastle, rearranged from 3pm that day, will kick off at 8pm on Sky Sports Box Office.

The following day, Sheffield United vs Fulham (rearranged from 3pm the day before) will get underway at midday on BT Sport Box Office.

Then Sky Sports Box Office will show Leicester vs Aston Villa (also rearranged from 3pm the day before) from 7.15pm.

On Monday, October 19 West Brom vs Burnley (originally set to take place at 3pm the Saturday before) will kick-off at 5pm on Sky Sports Box Office.

Friday, October 23 sees Aston Villa host Leeds at 8pm on BT Sport Box Office, with that game originally slated to be for 3pm the next day. 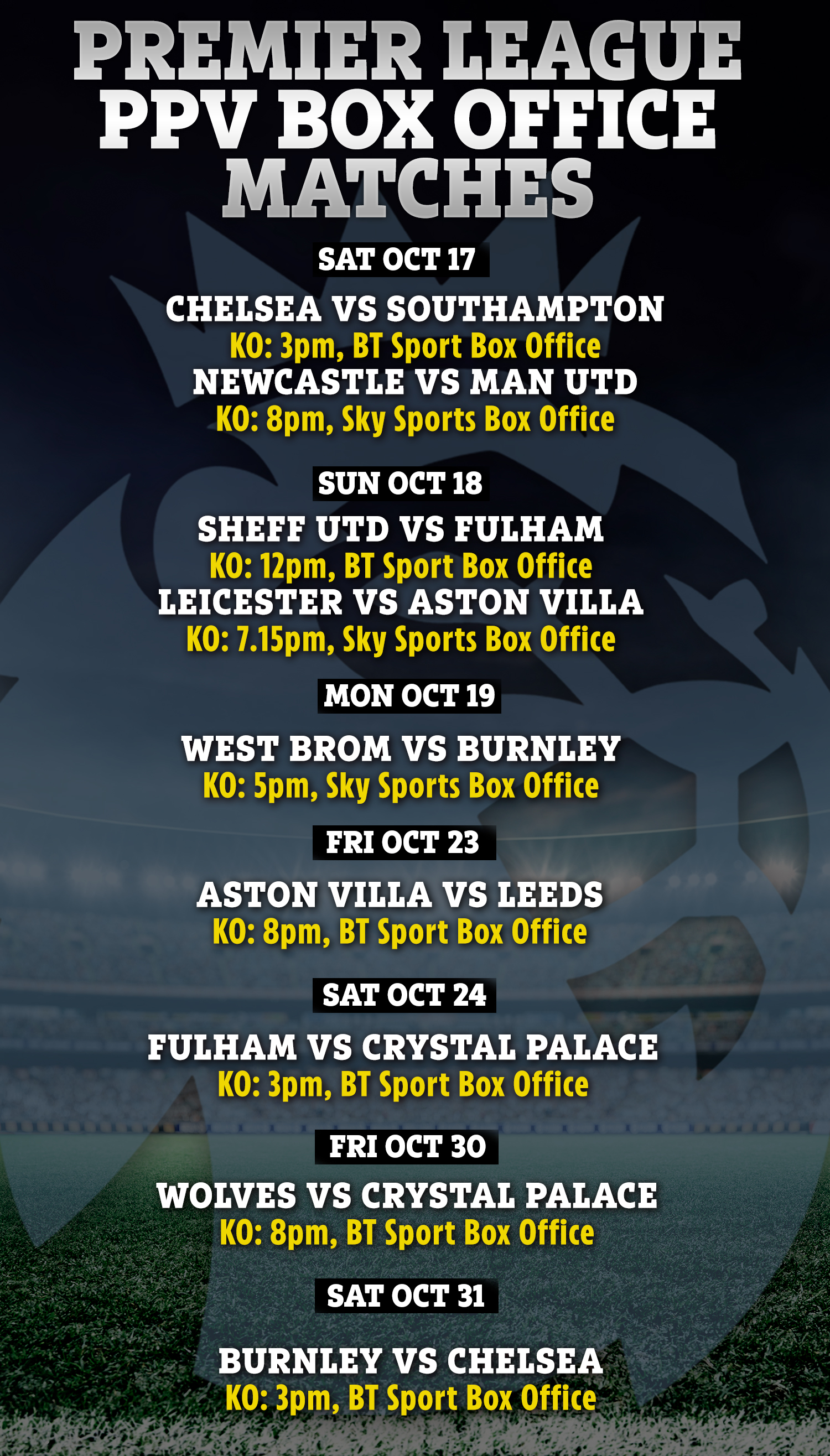 The next day, a London derby between Fulham and Crystal Palace will keep its original 3pm time but be shown on BT Sport Box Office – before Liverpool versus Sheffield United at 8pm on Sky's PPV channel.

And that gameweek is rounded off with two games on Monday evening, the first of which seeing Brighton face West Brom at 5.30pm of Sky Sports Box Office.

Friday, October 30 will see Wolves host Crystal Palace at 8pm on BT Sport Box Office. That game was originally meant to happen at 3pm the day after.

And Burnley vs Chelsea will take place at 3pm on Halloween on BT Sport Box Office.

The following day sees two Box Office clashes, Villa hosting Southampton at midday before a 7.15pm clash between Tottenham and Brighton – both on Sky.

The final fixture announced for PPV television thus far is at 5.30pm on Monday, October 2 – between Fulham and West Brom on Sky Sports Box Office.