SNIPERS were prepared to SHOOT the Greenpeace protester who parachuted onto the pitch before the Euro 2020 game between France and Germany.

The police only decided against firing when they noticed the parachute had the environmental organisation's logo on, according to a German minister. 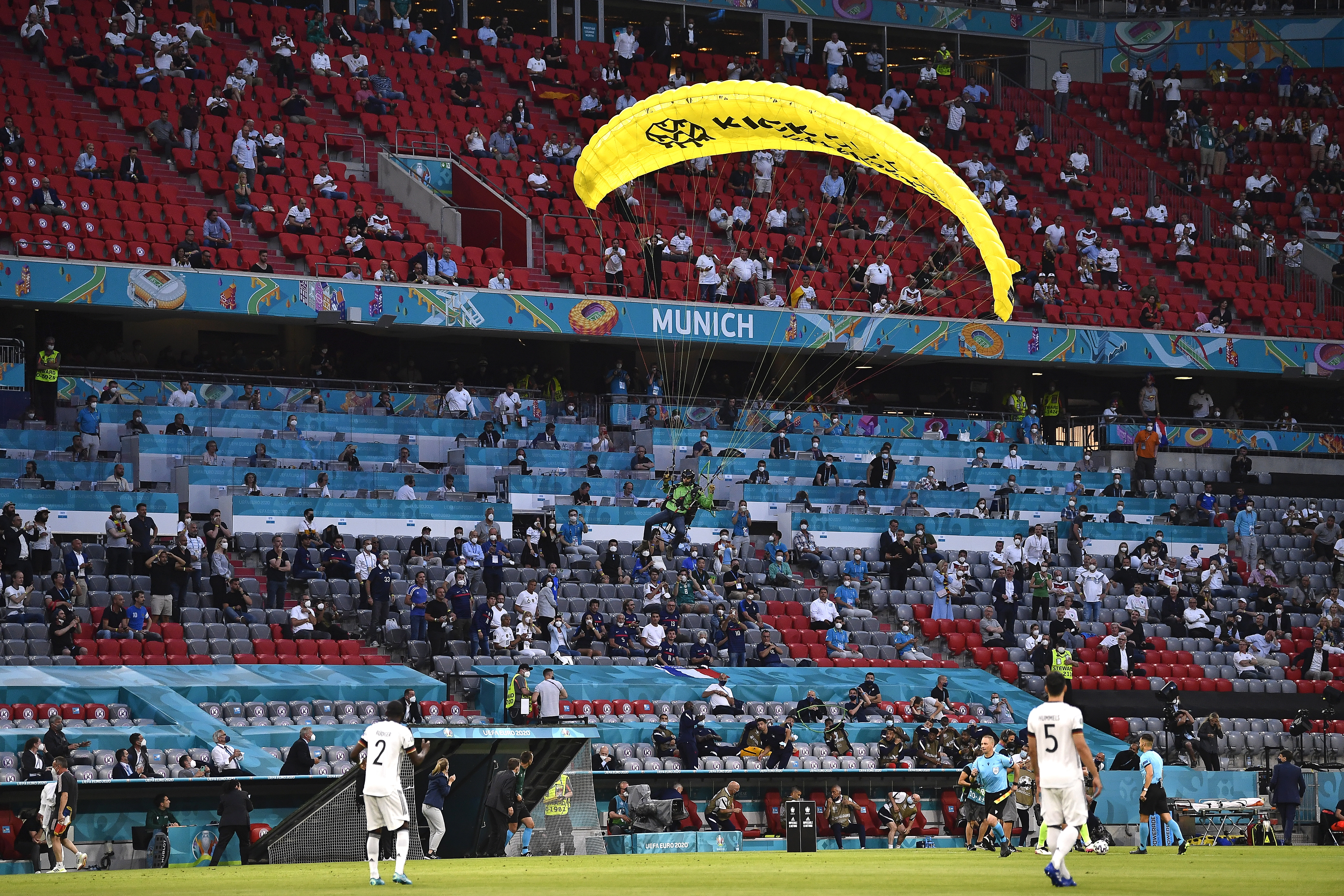 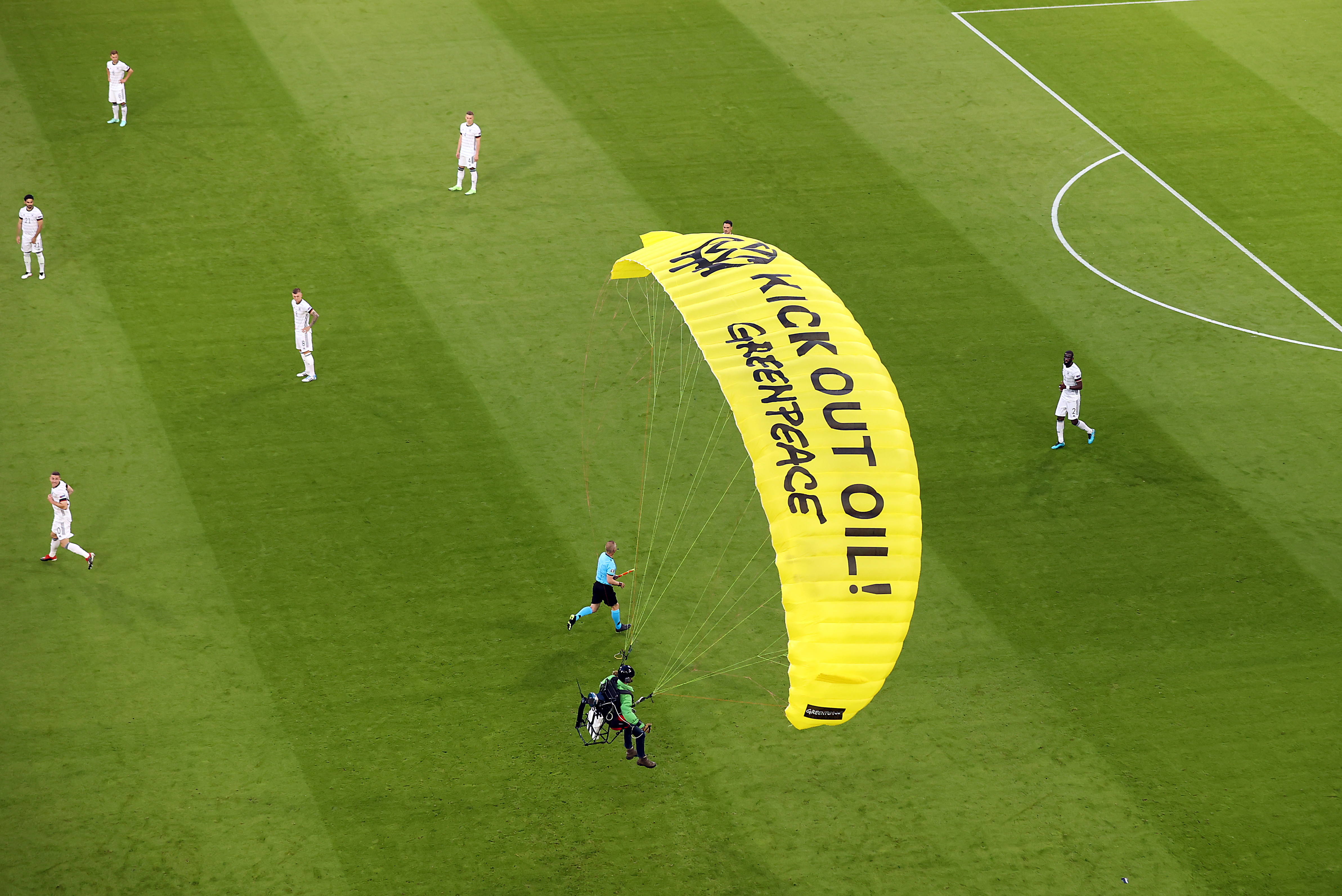 Bavaria's interior minister for the state Joachim Herrmann claims coppers in Munich were prepared to shoot the protester as they feared it was a terrorist attack.

The politician said: "Due to the Greenpeace banner the marksmen did not intervene.

"But if the police had come to a different conclusion that they might have been dealing with a terrorist attack, the aviator may well have paid with his life."

Police in Munich have confirmed two men were injured by the pilot during his entrance into the stadium and were taken to hospital.

The protester lost control of his parachute, clashing with the spidercam and causing debris to fall onto the playing surface.

The police added: "There is no understanding whatsoever for such irresponsible actions in which a considerable risk to human life is accepted."

Uefa have also condemned Greenpeace's actions, releasing a statement after the match.

It reads: "This inconsiderate act – which could have had very serious consequences for a huge number of people attending – caused injuries to several people attending the game who are now in hospital and law authorities will take the necessary action.

"Uefa and its partners are fully committed to a sustainable Euro 2020 tournament and many initiatives have been implemented to offset carbon emissions.

"The staging of the match was fortunately not impacted by such a reckless and dangerous action, but several people were injured nonetheless."

Greenpeace have apologised for the failed stunt, tweeting: "This protest was never meant to interrupt the game or injure people.

"We hope that everyone is OK and that nobody has been seriously injured.

"Greenpeace actions are always peaceful and non-violent. Unfortunately, with this stunt everything did not go to plan."

The organisation later tried to explain their plan in a second Twitter post, writing: "The pilot had wanted to let a balloon hover in the stadium, but had to then do an emergency landing, due to the fact that the hand gas control of the parachute failed."