TOTTENHAM are sweating over Son Heung-min's fitness after his ankle was left in a blood-splattered mess.

The winger had to hobble off the Etihad pitch after Spurs were smashed 3-0 away at Manchester City last night. 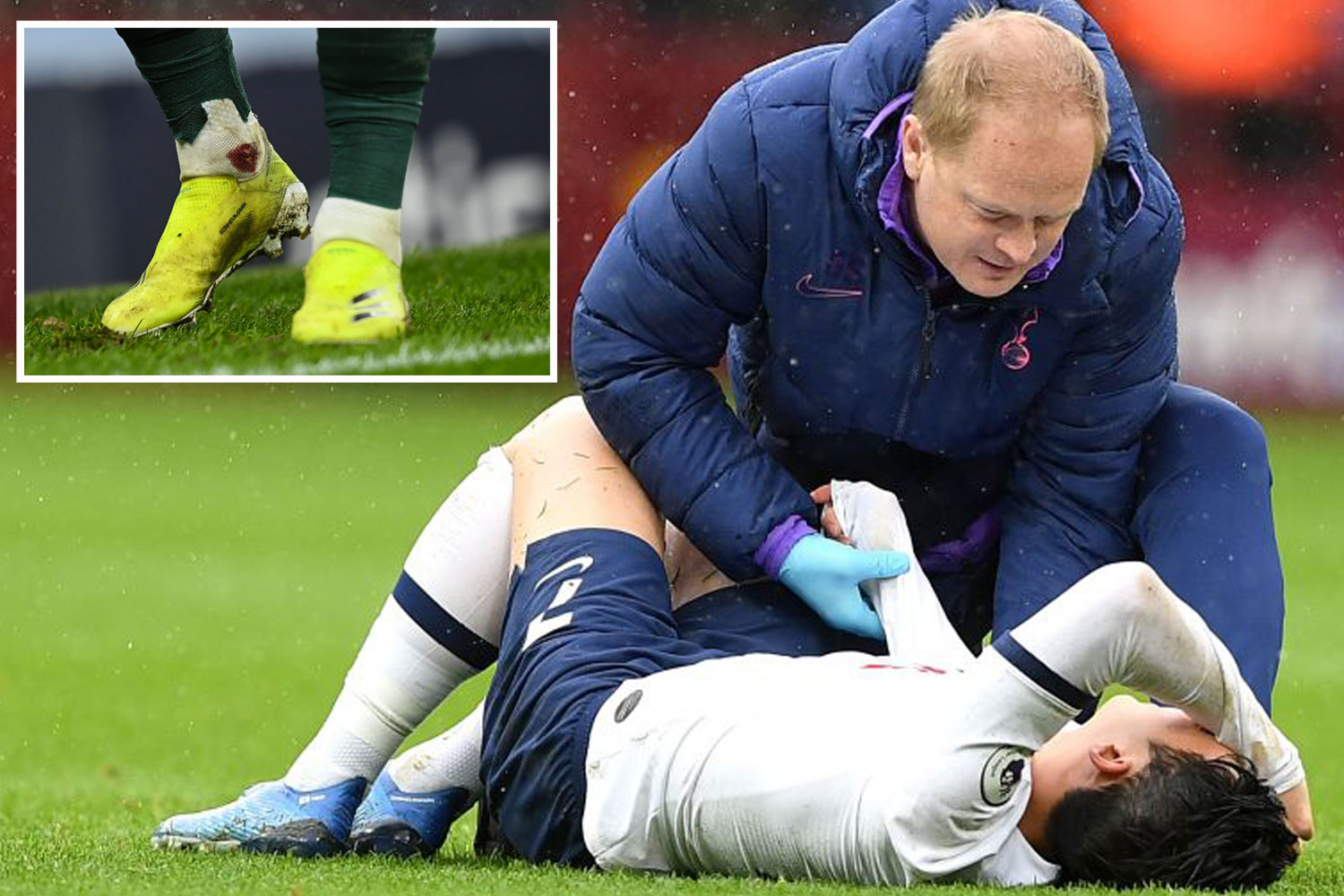 He was visibly in pain after being on the wrong end of a challenge by Joao Cancelo late in the match.

The 28-year-old was attended to by medics, but was forced to carry on as Tottenham had already used all their three subs.

The South Korean ace is now a huge doubt for their Europa League first-leg clash with Wolfsberg on Thursday.

And Spurs boss Jose Mourinho was left fuming with the challenge on him after the match, which left one of his top players crocked.

He said: "Well he has a wound in his ankle. A wound means a stud. A stud in the ankle means a card.

"I don’t think a red, so the VAR can only interfere for a red.

"I don’t think a red, but if that’s not a yellow and the referee was five metres distance, but it is a wound in the ankle.

Tottenham have only just welcomed Harry Kane back from an ankle injury after a spell out.

And the North Londoners are already facing a fight to get into the Premier League top four after a shocking run of form.