SOUTH AFRICA chief Rassie Erasmus has been slapped with a sensational 10 MONTH match day ban for his raging ref rant.

Erasmus, who has also been banned from ALL rugby activities for two months, has finally been hammered for his abusive hour-long video takedown of Lions series ref Nic Berry. 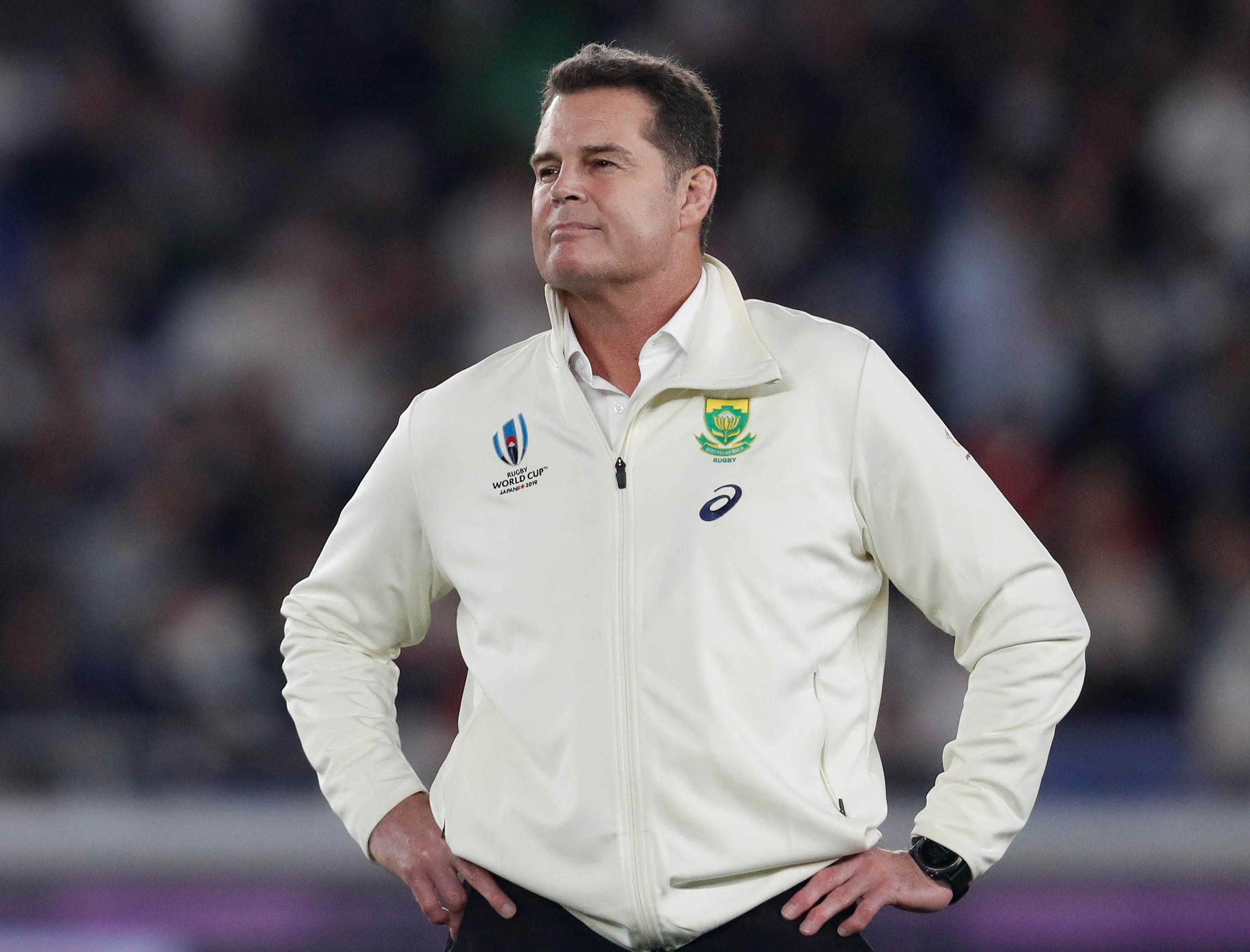 It has taken an incredible 111 days to find the irate boss guilty of six charges from threatening Australian whistler Berry to bringing the game into disrepute.

The shameful South African Rugby Union were also punished for their lack of action and were hit with a £20,000 fine and told to apologise.

A savage 80-page verdict, over 30,355 words, well and truly put the Boks boss back in his box as a panel of legal experts decided that: "There is a difference between feedback and abuse.

"This video was not feedback. It was an attack."

Giving evidence, ref Berry said: "The whole situation has been an extremely difficult time for my family and I.

"The public attack on my integrity and character is not something that should be tolerated in any workplace.

“Due to the actions of Mr Erasmus, my family and I have endured a significant amount of distress and we will only have negative memories of the whole experience.

"I feel that Mr Erasmus engaged in a character assassination of me on social media.

"I have spent many years trying to build my reputation as an international referee and in the course of his video which was posted online, Mr Erasmus has caused it immeasurable damage.

"I feel that regardless of the outcome and any sanctions imposed, my reputation as a referee and person will forever be tarnished."

Both Erasmus and SARU have appealed.

However, Eramus is still banned from attending the final game of the year against England at Twickenham on Saturday.