SOUTH AFRICAN star Quinton de Kock pulled out of the match against West Indies today after he apparently refused to take a knee.

De Kock, 28, made himself unavailable “for personal reasons” just hours after Cricket South Africa ordered all players to make the gesture against racism. 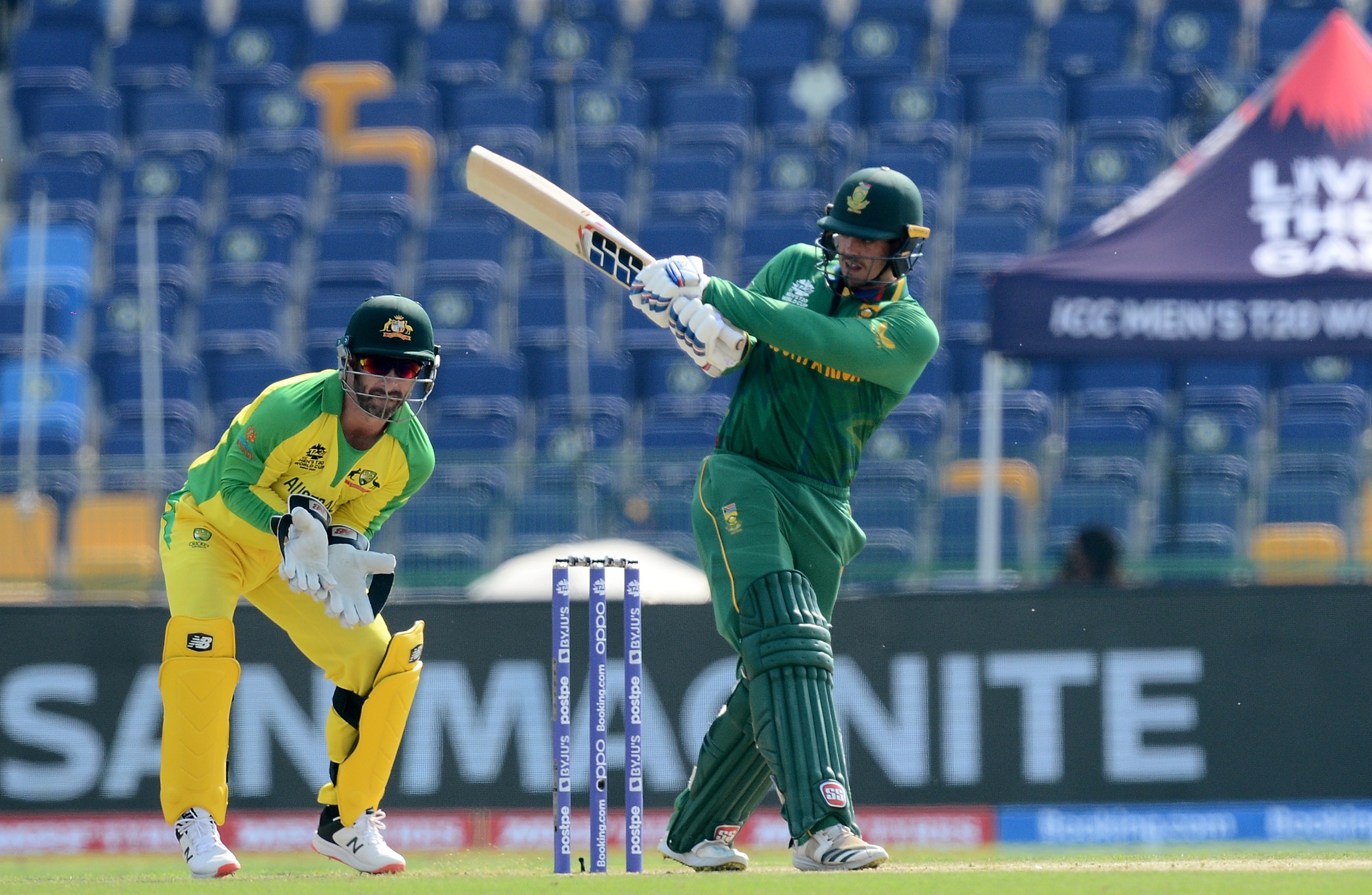 He could be risking his future as an international player.

CSA vowed to come up with a consistent stance on taking a knee because players had adopted different poses in previous matches.

Before their first game of the Twenty20 World Cup against Australia, some players stood with their arms behind their backs, some knelt and others raised a fist.

It was deemed particularly important to have an agreement among the players because of South Africa’s ugly history with apartheid.

A statement said: “The CSA Board unanimously agreed to issue a directive requiring all Proteas players to adopt a consistent and united stance against racism by ‘taking the knee’ prior to the start of their remaining World Cup matches.

“Concerns were raised that the different postures taken by team members in support of the BLM initiative created an unintended perception of disparity or lack of support for the initiative.

“After considering all relevant issues, including the position of the players, the Board felt that it was imperative for the team to be seen taking a united and consistent stand against racism, especially given SA’s history.

“Several other teams at the World Cup have adopted a consistent stance against the issue, and the Board felt it is time for all SA players to do the same.”

The England and West Indies players took a knee before their World Cup opener on Saturday.

De Kock is a dynamic opening batsman and wicketkeeper who played for Southern Brave in the Hundred last summer.

He was replaced in the Proteas XI by Reeza Hendricks.

Commenting on De Kock pulling out of the clash, South Africa skipper Temba Bavuma said: "Quinny is out and Reeza is in.

"He (de Kock) has made himself unavailable for personal reasons."

Excuse me if I sound political, but I can't shed my skin."

Meanwhile commentator and ex-Zimbabwe ace Pommie Mbangwa said on air: "Lack of support for the initiative essentially means lack of support for people of colour within the team, in South Africa and in the world as a whole.

"Excuse me if I sound political, but I can't shed my skin."