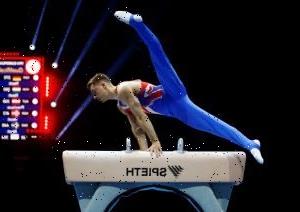 Britain’s two-time reigning Olympic champion, 28, launches a new website today which offers advice for those looking for a career in elite sport during the pandemic. 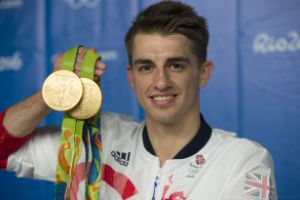 The Essex gymnast is encouraging people to go online if they fancy a future as a coach, physio or nutritionist or getting involved in athlete management and events planning.

Whitlock, who will be part of a four-man gymnastics Team GB squad in Tokyo, often takes his medals to schools as part of inspirational visits.

And the 28-year-old, a three-time world champion on the pommel horse, is also open to mentoring youngsters who are keen to work in the sporting industry.

Whitlock, who has a BTEC Sport qualification, said: “There are a lot of people who are passionate about sport in our country.

“There are over 190,000 job pathways in sport that people just don’t realise. And I want to get that across.

“If I can help anyone out that would be really exciting. 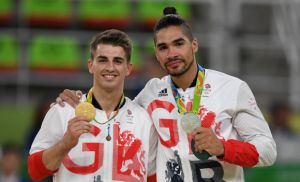 “I would love to offer anything I can to help youngsters coming through. Some people have it really hard in life.

“If this can make a real positive impact on so many people, and if that is part of my legacy, then that would be incredible.

“This project is something that I’m very proud of. It feels incredible to have inspired so many youngsters to take part in sport.

“And I feel this is a huge opportunity to make a positive impact and help many people, as I don’t believe people are aware of the careers that sport can offer.

“As an athlete I have learned so many skills in terms of being resilient, coping with different types of pressure, working in individual and team environments, communication skills.

“I was a really, really shy youngster, extremely shy. And if you had told me 20 years ago I’d be doing interviews and talks on stages, I’d have said no way.”

Whitlock will defend his Olympic pommel horse crown but won’t be doing the floor this time, instead focusing on the high bar and parallal bars.

He will be joined by three Olympic debutants Joe Fraser, James Hall and Giarnni Regini-Moran, who is in the squad five years after a major injury.

+ To search for a job, please visit: www.pearson.com/pursue