The Hundred team guide: Welsh Fire – all you need to know

Coaches: Former South Africa batsman Gary Kirsten is in charge of the men’s outfit. He steered India to the 50-over World Cup title in 2011 and has also coached his native South Africa as well as in a number of T20 leagues. The women’s team will be led by Western Storm head coach Mark O’Leary.

Men’s star players: Jonny Bairstow, Tom Banton, Glenn Phillips… Fire’s men’s team certainly won’t be short of power hitters, despite the late withdrawal of West Indies six-hitter Kieron Pollard. Bairstow has scored 17 hundreds for England including 11 in white-ball cricket, while Banton recently crunched a 47-ball T20 century for Somerset live on Sky Sports. New Zealander Phillips, meanwhile, has a 46-ball T20 century to his name – hitting that against in West Indies in 2020 – while he recently ended the Vitality Blast group stage as second-leading run-scorer, striking exactly 500 runs for Gloucestershire, including back-to-back scores of 94, and thumping 36 sixes – 12 more than anybody else! Watch out in the crowd! 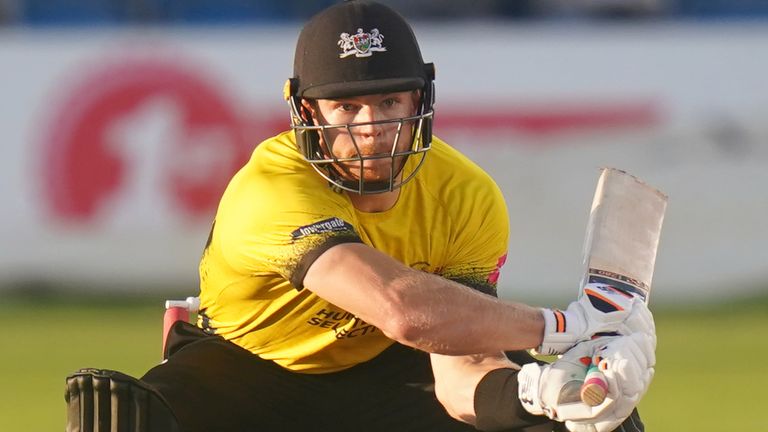 Women’s star players: One of the best wicketkeepers in the world! That’s right, Sarah Taylor is back! The 32-year-old has retired from international cricket because of an anxiety condition but recently returned to domestic action for Northern Diamonds and her experience – which includes being part of two 50-over World Cup wins with England and a T20 World Cup triumph, too – will be a huge boost for Fire. Bowling-wise, a lot will rest on Katie George, who would surely have made more than seven appearances for England if not for injuries.

How far can the men’s team go? Ollie Pope’s involvement is likely to be limited – he is injured for the start of the tournament and will then probably be in England’s Test side later on – but runs are unlikely to be an issue with Phillips, Bairstow – if not recalled by England – young gun Banton and experienced county campaigners Ben Duckett, Ian Cockbain and Josh Cobb in tow. There is no high-profile spin bowler but Afghanistan’s Qais Ahmad, 20, could well be on the road to that and Derbyshire all-rounder Matt Critchley is very handy, while most of Fire’s pace bowlers, such as ex-England man Liam Plunkett, David Payne and Ryan Higgins, are also good batsmen, so we know the Welsh side bat deep. Reaching Finals Day does not look out of reach.

How far can the women’s team go? Their hopes were dented when experienced Australian trio Meg Lanning, Beth Mooney and Georgia Wareham withdrew and South Africa’s Sune Luus – one of only 10 women to have achieved the double of 1,000 runs and 100 wickets in one-day international cricket – was forced to pull out after contracting coronavirus. West Indies’ Hayley Matthews is a fine replacement for Luus, mind you. The returning Taylor will head Fire’s batting line-up and hope to be supported by the consistent Sophie Luff as well as Australian Georgia Redmayne, whose last five innings back in her homeland have been scores of 121, 35, 90 not out, 99 not out and an unbeaten 134. Still, Fire seem outsiders to win the competition and may need Taylor to be at her very best.

The Hundred starts with a women’s match between Oval Invincibles and Manchester Originals at The Kia Oval on Wednesday, with the men’s competition starting a day later at the same venue.

Sky Sports will show all 68 games live – 34 women’s and 34 men’s – while all women’s matches and a significant number of men’s games will be streamed live on the Sky Cricket YouTube channel.