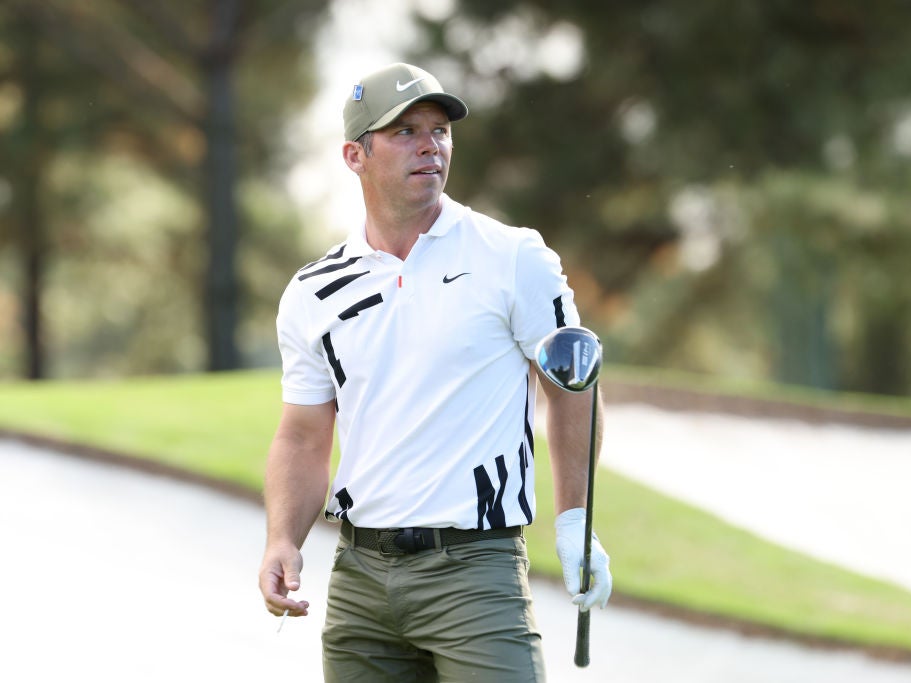 Playing in the same group, Jon Rahm matched DeChambeau blow-for-blow, regularly veering from spectacular to self-implosion. The Spaniard began with back-to-back bogeys but a thrilling turn saw him surge towards the top of the leaderboard and he remains firmly among the favourites.

The contrast with Louis Oosthuizen, the final member of the three-ball, couldn’t have been more pronounced. The South African, all rhythm and elegance, struck the ball high and sweet but glided happily under the radar, cruising to a smooth 68.

That score was matched by Lee Westwood, another of England’s unfancied older guard. The 47-year-old had missed the last two editions of the Masters but showed scarce signs of rust, racing to five-under and an outright lead early on. Although his momentum faded down the stretch, only one bogey chipped away at his total and he sits among a fearsome cluster of contenders, which also includes former champions Patrick Reed and Adam Scott.

So while the day began with fears of DeChambeau’s distance and torrential weather, it ended in a rain of birdies and wave of red. Forty-eight players in total finished under-par as Augusta’s teeth were blunted, and for all the strange circumstances surrounding this year’s tournament, it remains typically poised. Three more days of excitement, wild twists of fate, and battles between old favourites and young pretenders awaits.

This weekend get a £10 free bet with Betfair, when you bet £10 on a Same Game Multi on the Premier League. Terms: Min £10 Same Game Multi bet on any EPL match this Fri – Sun. Free bet valid for 72 hours, awarded at bet settlement. Excludes cashed out bets. T&Cs apply.