The Masters 2021: Rory McIlroy and Dustin Johnson fighting for form ahead of Augusta National return

For Rory McIlroy, expectations ahead of the tournament are unusually low

For Dustin Johnson, this year’s Masters will begin just 145 days since he slipped on the green jacket following his record-breaking triumph.

For Rory McIlroy, it marks 10 years since his best chance of victory at Augusta National to date slipped agonisingly through his fingers with a demoralising back-nine collapse and final round of 80.

Both men are among the favourites as what is normally the year’s first men’s major championship reverts to its traditional April date following last year’s enforced switch to November due to the coronavirus pandemic.

Yet both have questions to answer about their form heading to Augusta, with McIlroy particularly out of sorts following his startling admission that he had damaged his swing by trying to add more length to his game.

Already one of the longest hitters on tour, McIlroy was influenced by Bryson DeChambeau overpowering Winged Foot on his way to a six-shot win in September’s US Open, with narrow fairways and thick rough proving no impediment to the bulked-up American.

“I think a lot of people saw that and were like, ‘Whoa’, if this is the way they’re going to set golf courses up in the future, it helps. It really helps,” McIlroy said after missing the cut in the defence of his Players Championship title following rounds of 79 and 75 at Sawgrass.

Ten days later, McIlroy confirmed that he had started consulting renowned coach Pete Cowen on a formal basis in a bid to rediscover his best form, with long-time coach Michael Bannon having struggled to attend many tournaments due to coronavirus travel restrictions.

The size of Cowen’s task quickly became obvious when McIlroy was thrashed 6&5 by Ian Poulter in their opening group match in the WGC-Dell Technologies Match Play, although the Northern Irishman did at least beat Lanto Griffin 4&3 and halve his match with Cameron Smith.

“It’s a very difficult game at times and I feel it’s testing me more than it has in the last few years,” McIlroy said. “I feel the only way to get through it is put your head down and work on the right things. I feel like I’m on the right path.”

The next step on that path leads to Augusta National and the event McIlroy needs to win to become the sixth player to complete a career grand slam, but expectations of the world number 11 achieving the feat can rarely have been lower. 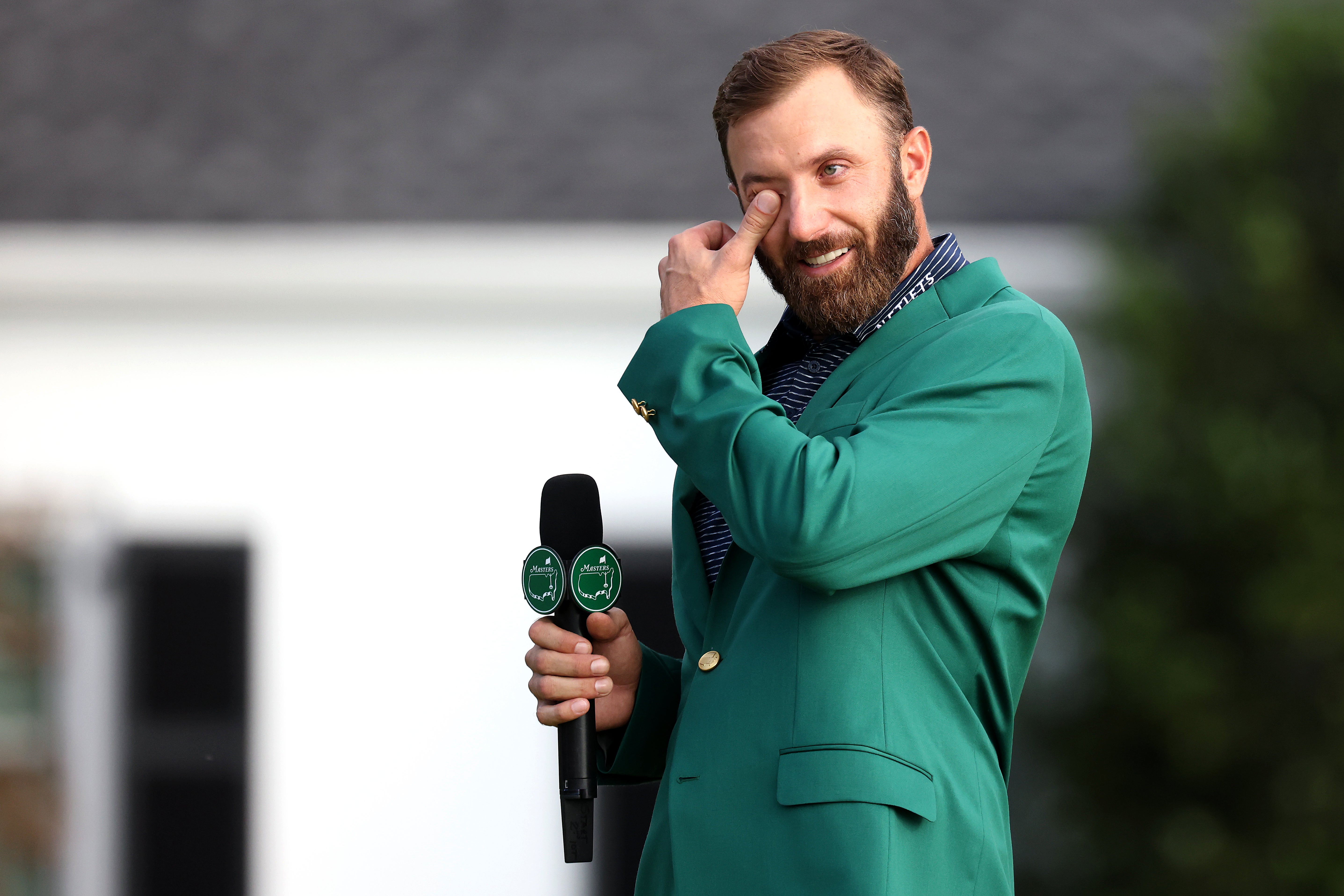 Johnson’s form is not as much of a concern as McIlroy’s given that he won in Saudi Arabia in February and McIlroy’s last win came in November 2019, but the world number one was 54th and 48th in his last two strokeplay events and joined McIlroy in making an early exit from the Match Play in Austin.

With that seemingly in mind, Johnson was a late entry for the final event before the Masters, the Valero Texas Open, only to withdraw three days later to prepare for his title defence at home.

In contrast, Johnson’s form figures ahead of November’s Masters read 1-2-3-T6-T2, with the tie for second coming in the Houston Open directly before the Masters.

Of course, Johnson and McIlroy are far from the only contenders aiming to peak at the right time, with recent winners DeChambeau, Justin Thomas and Collin Morikawa all seeking a second major title.

A rejuvenated Jordan Spieth won his first major in the 2015 Masters and has a superb record at Augusta National, although 2019 champion Tiger Woods and four-time major winner Brooks Koepka will be absent through injury.

An in-form Lee Westwood winning his first major title two weeks before his 48th birthday would be a fairytale outcome, but the veteran Englishman knows from a recent scouting trip what could lie in store.

“I will say it’s as hard as I’ve seen Augusta play, even when it’s been the week of the Masters,” Westwood said. “It was playing long and the greens were like rock.”