RACHAEL BLACKMORE stepped back, took a hefty gulp and blinked back the tears.

She needed a deep breath, a moment to compose herself, to take in all she had just achieved. It was the only time she came remotely close to losing her cool all day. 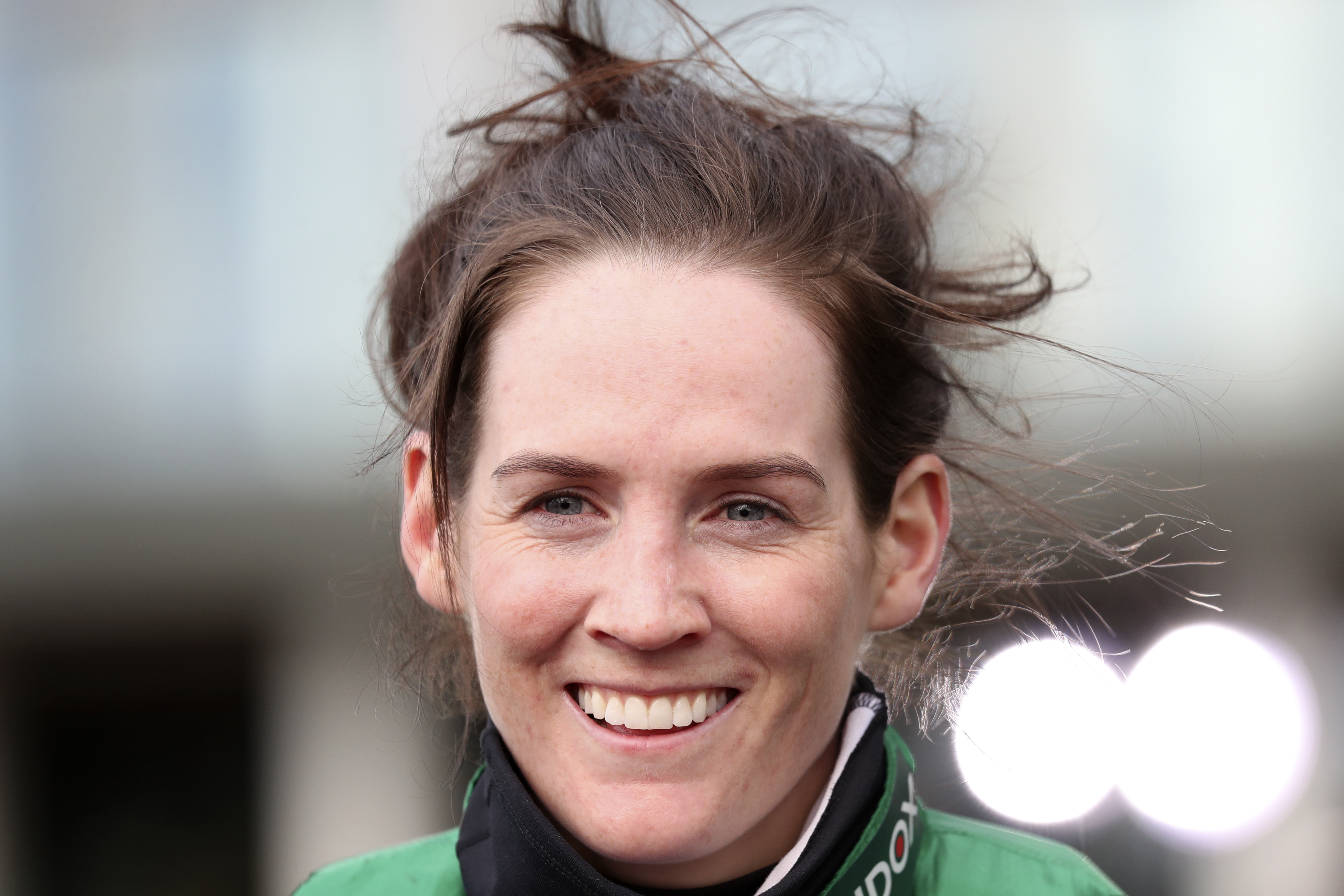 Jump racing’s wonder woman might just be human after all, we began to think. Given the month Rachael has just enjoyed, we had started to doubt it.

Now, though, the enormity of her history-making and ground-breaking gallop to glory on Minella Times was finally starting to sink in.

Rachael, the Queen of the Cheltenham Festival just three weeks previously, had to find space for another crown.

The one handed to winners of the most famous horse race in the world and never before had it rested upon the head of a female jockey.

Eighteen different ones had ridden in 32 Grand Nationals since Charlotte Brew first had to handle such prejudice and abuse when she got the leg up on Barony Fort in 1977.

That, of course, was the year of Red Rum’s historic third triumph, and his trainer Ginger McCain was always one of the most horribly outspoken about women riders.

Of course great strides have been taken since then. But if there were indeed any dinosaurs remaining, Rachael blew them away in a shade over nine minutes and 15 seconds.

No longer will she be spoken of a female jockey. You can be sure of one thing, though. It won’t be long before we are talking of her as a champion one. 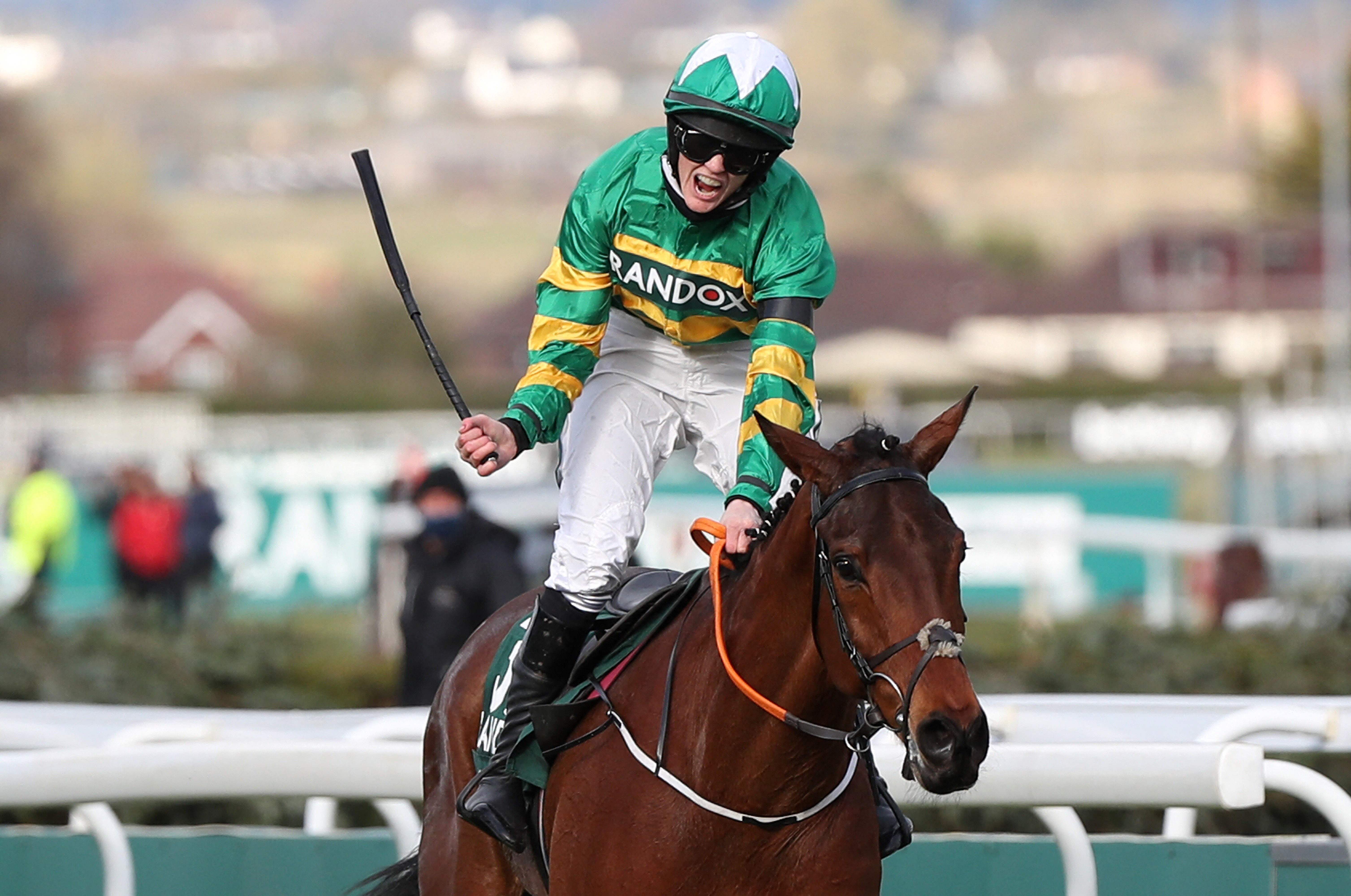 That could actually be as early as this season, as Paul Townend leads her by just ten in the race for the Irish Jockeys’ title – and he is currently out with a broken bone in his foot.

Yet all that is for another day. Yesterday was all about one horse, one trainer and one jockey.

It is a mark of Blackmore’s drive, her single-minded determination, that for all the six Festival winners at Cheltenham last month, it was the one which got away which played on her mind most.

The fact she chose to ride Gold Cup runner-up Minella Indo, ahead of A Plus Tard, the horse from the same Henry De Bromehead yard which won the showpiece.

Well yesterday another Minella was a marvel…despite De Bromhead only making the final decision to run here a week before the race.

How could he have ever doubted! There were certainly none in the race itself, as Blackmore served up the perfect ride, Minella gave the perfect exhibition of jumping, and the rest?

Well the rest were basically making up the numbers. There have been wider winning margins, but few Nationals where the outcome has looked so sure for so long.

The dynamic duo made steady and silky headway from halfway, as long time runaway leader Jett’s reserves of stamina began to drain away.

Favourite Cloth Cap, prominent throughout, made a mistake four out and dropped away, soon pulled up by jockey Tom Scudamore.

Any Second Now, another in the famous JP McManus colours, couldn’t see it out as the effort of getting back into contention after being badly hampered earlier took its toll.

Which left just the De Bromhead duo of outsider Balko Des Flos…and you know who.

And when Rachael pressed the button approaching the last, it was as though she’d just strapped a rocket to her horse’s backside, as the pair pulled clear.

There have been so many tales of hard luck and heartbreak up that punishing run-in, past the Elbow, on the flog to the line, that she was never going to take any chances.

But in truth there was no danger. She had seen them all off. Forget Elizabeth Taylor and National Velvet…this was Aintree history for real, not on the silver screen.

And what a moment for De Bromhead as well. The National one-two on top of the Gold Cup one-two…on top of the Champion Hurdle and Champion Chase.

With Burrows Saint, ridden by Patrick Mullins, in fourth, it will be some house party back in County Carlow.

Rachael shares the place with Mullins and boyfriend and fellow jockey Brian Hayes. I think we all know who’s going to be buying the champagne. She’d better get used to the taste.