Titans oust Tom Brady and Patriots 20-13, advance to next round of NFL postseason

There will be no Super Bowl appearance this year for quarterback Tom Brady and the New England Patriots.

The defending champs lost to the visiting Tennessee Titans 20-13 in the first round of the NFL postseason on Saturday.

The Titans were led by running back Derrick Henry, who rushed for 182 yards and a touchdown while Tennessee's defense tormented Brady.

“It’s a great win against a great team in a hostile environment," Henry said on his 26th birthday, according to The Associated Press. “Credit to my team. I’m just happy we were able to advance. 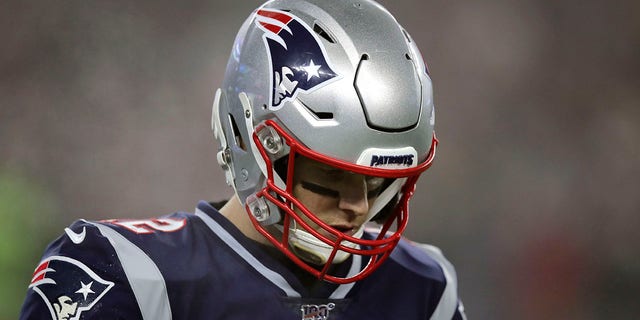 New England Patriots quarterback Tom Brady walks to the sideline after a series of plays in the first half of an NFL wild-card playoff football game against the Tennessee Titans, Saturday, Jan. 4, 2020, in Foxborough, Mass. (Associated Press)

“We were just locked in," Henry continued. "That was our mindset, just coming in here doing what we needed to do in all three phases, stay locked in no matter what happens in the game, and I feel like we did that.”

Both teams dealt with a heavy fog in the first half at Gillette Stadium in Foxborough, Mass., but conditions cleared for the second half.

New England's loss sparked speculation on whether 42-year-old Brady will return next season or retire. When asked about his future after the game, Brady said he will probably be back.

“There is nobody who has had a better career than me,” he told the AP. “I am very blessed.'' 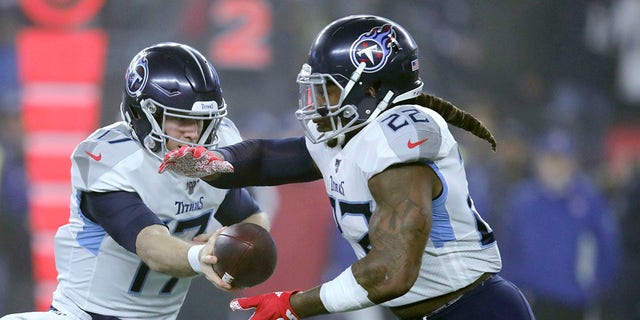 Tennessee Titans quarterback Ryan Tannehill, left, hands off to running back Derrick Henry in the first half of an NFL wild-card playoff football game against the New England Patriots, Saturday, Jan. 4, 2020, in Foxborough, Mass. (Associated Press)

Tennessee, which had a 10-7 record in the regular season, will advance to play the Baltimore Ravens, the AFC's No. 1 seed, in the next round.

In the other AFC contest earlier Saturday, the Houston Texans defeated the Buffalo Bills 22-19 in overtime in Texas. Houston will travel to Kansas City next weekend to play the No. 2 seeded Chiefs.

With their loss, the Patriots failed to become the second team to reach four straight Super Bowls. New England had appeared in four of the last five title games, winning three of them.

The Associated Press contributed to this story.