Tokyo Olympics: Team GB ‘on the cusp of history’ with more women than men set to qualify, says Mark England 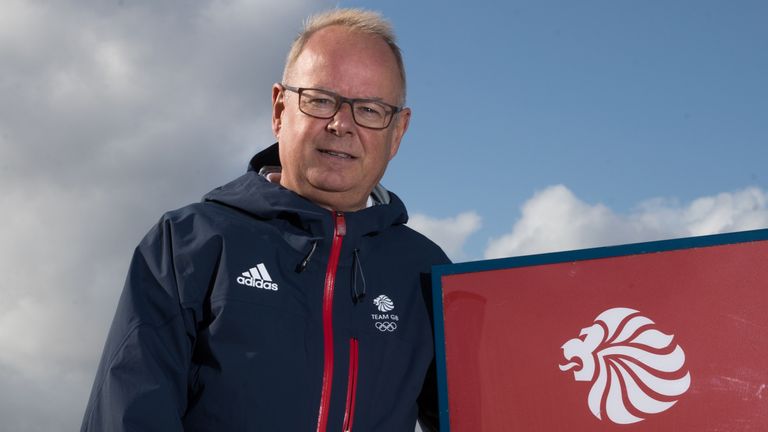 Team GB’s chef de mission Mark England says Great Britain is on the cusp of “making history” this summer with more female than male athletes set to qualify for the Olympics for the first time, and he believes GB’s women can provide inspiration for a new generation of girls wanting to play sport.

Just over 44 per cent of the British contingent which travelled to Rio de Janeiro in 2016 was female, while at London 2012 that figure was at 48 per cent.

But that amount could move above 50 per cent in July when the Olympics squad boards flights headed for Tokyo from Heathrow Airport.

The IOC (International Olympics Committee) are also striving for equal gender representation among competitors and say the overall number of female athletes competing in the Games is approaching 50 per cent and since 2012, women have competed in every Olympic sport.

With 100 days to go until the Games, England, who is in charge of ensuring that everything runs smoothly for Team GB in Tokyo, told Sky Sports News: “We know we are on the cusp of making history in that way.

“It is a fantastic story and is testament to the great work governing bodies are doing at the moment.”

Not only are more women than ever set to compete for GB at the Games but a number of them could etch their own names into the history books.

Laura Kenny, the most successful British female Olympian with four gold medals, could become the most decorated female Olympic cyclist of all time in Tokyo.

Wishing a happy birthday to Welsh wonder Jade Jones, who is aiming to make even more Olympic history at Tokyo 2020
#OlympicMemories

Jade Jones, 28, a two-time gold medallist in the 57kg taekwondo event, is competing in her third Games and no athlete in the sport has three Olympic titles to their name.

Charlotte Dujardin (Equestrian), who holds all dressage world records, goes to Tokyo with three gold medals and can become just the second athlete in Olympic history to win three individual dressage titles in a row.

A Tokyo 2020 gold or silver medal for Hannah Mills would make her the most successful female Olympic sailor ever.

Dina Asher-Smith, the fastest British woman of all time, could end the country’s 61-year wait for an Olympic medal in the women’s sprints. GB will also take a women’s football team on only the second occasion in history.

“We are in really good shape and we are going to take a very strong team. We have got some fantastic opportunities to make history,” England said.

“Laura Kenny’s opportunity to be the greatest female cyclist of all time, Jade Jones to be a three-time Olympic champion in a combat sport would be extraordinary… it’s great to have the women’s football team there as well.” The medal haul in Rio consisted of 27 golds, 23 silvers and 17 bronze medals (67 in total) and Team GB’s chef de mission feels confident those numbers can be improved upon come July 23.

England added: “It’s a very high-quality team as you would expect from five years of planning.

“We had a lot of medallists retire after Rio and maybe for some sports, last year would have been a step too far to replicate that.

“But the extra year, for example with our rowing team, they have had an extra 12 months on the water to train.

“They’ve been buoyed by the return of Helen Glover, it is fantastic to have her back in the seat of the boat and we will see whether she gets selected, and if she is, it will be great to have that calibre of athlete back in the team.” Amid multiple national lockdowns in the UK, statistics show that levels of participation in exercise and physical activity decreased among children and young people during the period from March 2020 to January 2021.

With restrictions on playing outdoor and indoor sport now set to lift across the UK before the Games, Team GB’s chief Tokyo organiser believes the number of women competing this summer can help boost participation levels by providing motivation to young girls watching on back at home.

“When Britain opens up again like it will do in the middle of June and onto the Olympics, there will be a lot of opportunities for sporting development and not just for the health of the nation but a lot of great sporting opportunities will emerge I am sure.”

Preparations for this summer’s Games have been wrought with ever-changing coronavirus protocols.

Since it was confirmed 12 months ago that the Olympics was to be pushed back due to the pandemic, athletes and governing bodies have been dealing with uncertainty surrounding whether the Games in Tokyo would even go ahead this July and August.

Japan’s government placed Tokyo under a new, month-long “quasi-emergency” state to combat surging Covid-19 case numbers on Friday, less than a month after the capital and host of the summer Olympics lifted a broader state of emergency. 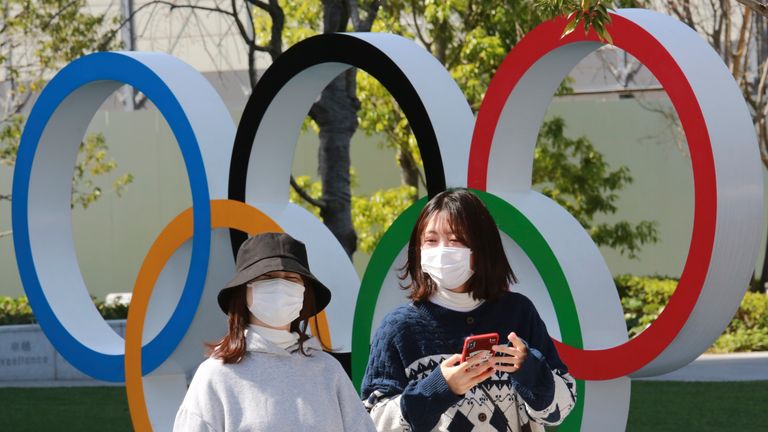 Fewer than two per cent of Japanese citizens have been vaccinated, and because of the country’s slow rollout that number will remain low when the Olympics begin. But Japan has attributed fewer than 9,500 deaths to Covid-19.

Despite the continued disruption, Team GB officials engage in constant dialogue with their Japanese counterparts and have good faith that the health regulations in place for the Games are robust.

“Our experience has been speaking to Tokyo every day, let alone every week, and we are very confident in the Covid mitigation and measures they are putting in place,” England said. 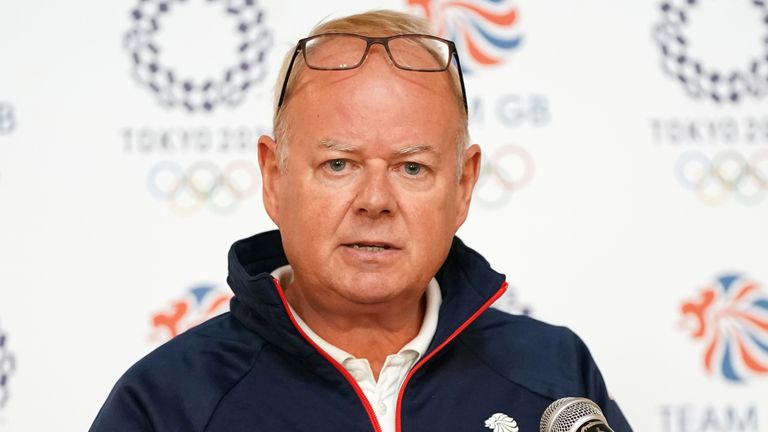 “A lot of people have been talking about the ‘Covid Games’ but this is the Olympic Games which just happens to be taking place in a pandemic. I think it [the Olympics] is an opportunity to really celebrate sport, celebrate humanity in the best way it possibly can.”

“I’m pretty close to it with the IOC coordination commission and a working group that is helping to support the words on the page of the Playbooks.

“And we get a good opportunity to comment and bring our medical staff into that debate and ask questions such as: What will it look like? What will the testing regime be? And so on.

“This is a whole country programme and I have every confidence that the Tokyo medical team and Olympic organisers are doing everything they can to make the Games safe and secure.

“It is not what we planned for but having had it presented to us, it is exactly how we are operating so the opportunity to take a team and celebrate a multi-sport Olympic Games in the way we plan to is really exciting.

“A lot of people have been talking about the ‘Covid Games’ but this is the Olympic Games which just happens to be taking place in a pandemic.

“I think it [the Olympics] is an opportunity to really celebrate sport, celebrate humanity in the best way it possibly can.

KAGAWA Shigeko, a 109-year-old obaachan (grandmother), made her dream come true by participating in the #OlympicTorchRelay. 👵

Her granddaughter accompanied her for this very special moment. ❤️#HopeLightsOurWay pic.twitter.com/0ufsFDJ6KO

“We’re excited now, with 100 days to go we are getting to the sharp end and it’s looking great.”

In March it was confirmed that there will be no overseas spectators present in Tokyo, with a decision on the number of Japanese fans permitted into events to be announced in April.

With the families of athletes having to settle with watching their loved ones compete in Tokyo from the comfort of their armchairs, instead of watching live in the Japanese capital, England has revealed that Team GB are formalising a strategy to reunite competitors with their closest supporters when their involvement in the Games comes to an end.

“The measures have been tough, it is tough for British spectators not being able to go and it is tough for a lot of our athletes who have families and loved ones who cannot travel, but we are pretty resolute,” he said.

“There has been a ‘period of stay’ guidelines [in the latest Olympics Playbook] which means that athletes have to come home pretty early.

“So there is a moment where we will have more athletes back in the UK than we will in Tokyo post-competition while the Games are going ahead.

“Part of the planning is how we can best support and engage our athletes with their loved ones when they do return.

“It’s a work in progress but we are confident that we can put something special in place for them.”