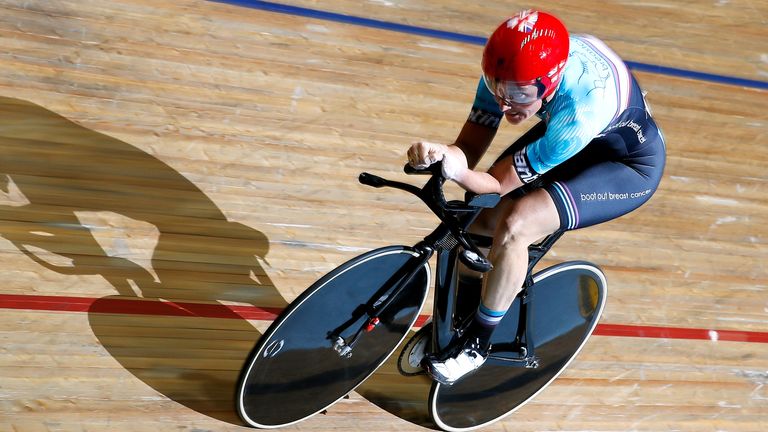 A total of 227 athletes will represent ParalympicsGB in Tokyo, and with 100 female athletes selected the British team will have its greatest level of gender parity at a summer Paralympics.

The most decorated athlete on the team is Dame Sarah Storey, who has won 14 gold, eight silver and three bronze medals in swimming and cycling.

Storey made her debut at Barcelona 1992 and this will be her eighth Games, equalling the record held by Di Coates.

In total, ParalympicsGB contains 42 returning Paralympians and 43 Paralympic champions while the youngest athlete on the team is 17-year-old swimmer Ellie Challis.

Departures update: Wheelchair rugby player Jack Smith arrived for his flight to Tokyo to discover that the captain of the plane was in fact… his uncle! ✈️😃 pic.twitter.com/7EMkVWRwa3

“I am delighted to confirm the ParalympicsGB team will feature 227 supremely talented athletes and has reached the highest representation of female athletes ever at a summer Paralympic games, a milestone we should all be incredibly proud of,” Penny Briscoe, ParalympicsGB Chef de Mission at Tokyo 2020, said.

“It is an absolute honour and a privilege to be Chef de Mission at Tokyo 2020 and I feel very confident that this will be a highly competitive ParalympicsGB team that will inspire the nation once again.

“It has been a monumental effort from athletes and their support teams to get to this stage and I want to take this opportunity to recognise their individual and collective resilience and dedication to continue preparing for the Games during these unprecedented times.”

ParalympicsGB has a proud history and has finished in the top three on the medal table at the last six Paralympic Games. I am sure there will be many memorable moments to celebrate as the media spotlight shines once again on our incredible and inspirational athletes.

At Rio 2016, ParalympicsGB won 147 medals including 64 gold medals, which put them second in the overall medal table behind China.

In Brazil, medals were won in 15 different Paralympic sports and at this Games taekwondo and badminton are being added to the Paralympic programme.

The opening ceremony takes place on August 24 with the action starting the day after and continuing through to September 5.

As was the case for the recently-completed Tokyo Olympics, athletes will have to compete without the presence of fans in the stands due to the coronavirus pandemic. Organisers in Japan have also asked the public not to go and view any of the road events.