NOT only is Tom Marquand winning punters shed loads of cash, but he's cracking them up with his hilarious tweets too. 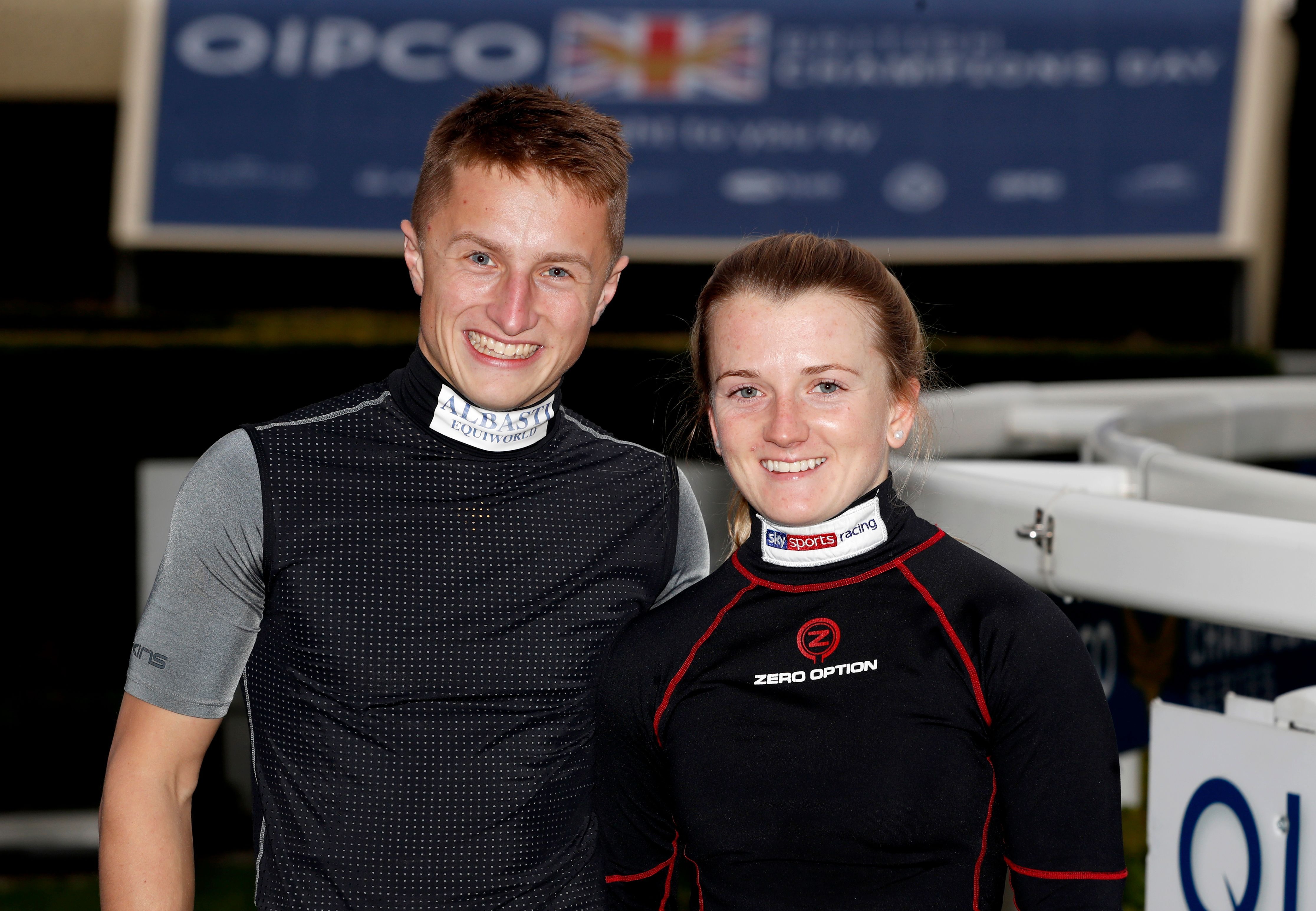 And the afternoon was made extra special when his record-breaking girlfriend Hollie Doyle rode a double herself, including her first ever Group 1.

Marquand, 22, carried his red-hot form onto social media when responding to a tweet titled 'Poorly explain what you do for a living'.

His whitty response "I chase my girlfriend around a field carrying a whip" sparked a huge response from racing professionals and fans.

Among those to reply was leading commentator John Hunt, who said: "I watch Tom chasing his girlfriend around a field whilst shouting loudly at them'.

Punters were soon getting in on the fun.

Lawrence Wadey tweeted: "I put my money on Tom Marquad and other guys chasing Tom's girlfriend around a field. They all have whips."

Between them they won four races at Champions Day and claimed the thick-end of £1m in prize money.

Doyle, 24, became the first female jockey to win a race at the star-studded meeting, with the highlight a victory in the Champions Sprint aboard Glen Shiel.

The pair celebrated with a romantic, slap-up meal on Saturday evening.

Both have ridden over 100 winners this season, with Doyle recently breaking her own record for number of winners in a year by a woman jockey.